My Life in Libraries

Floods, oaths, and overdue fees: a lifelong devotee celebrates the libraries that shaped her. 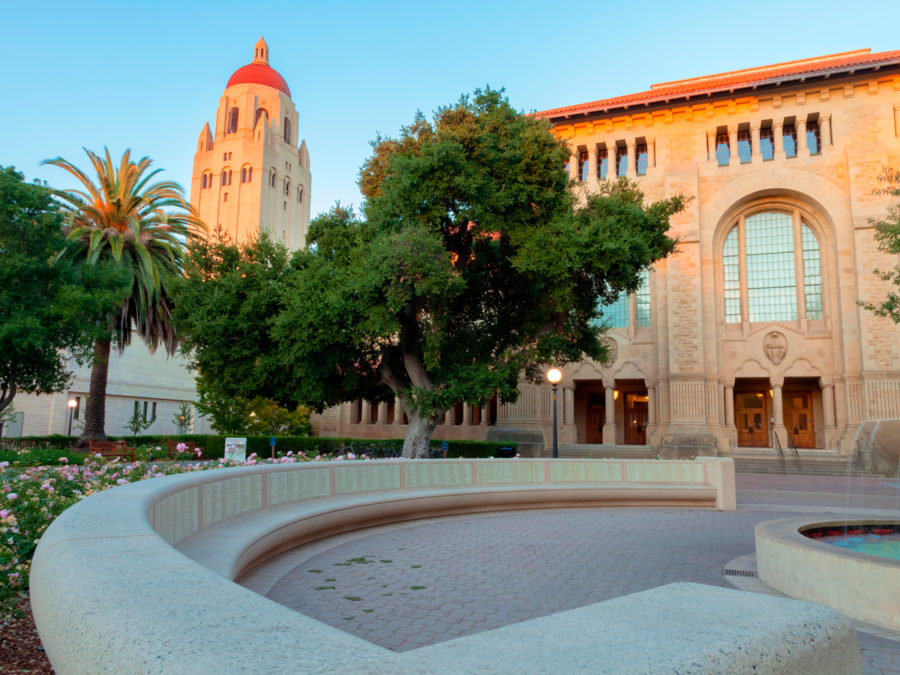 In San Francisco, I met a man whose local library nearly killed him. “It was Don Quixote,” he told me. “I borrowed a copy after a boy who came down with diphtheria turned it in, and I got sick. We ended up in beds right next to each other at the hospital, and we talked about it.” The other boy died, he said, and his own relationship with Cervantes never recovered. “I’d love to read that story,” he said. “But for seventy years, I haven’t been able to take it up again.”

My first library, the Mission Viejo Branch Library, opened in 1971 on 9,155 square feet of donated land; the parcel was expected to serve a population of 11,900 southern Californians. Like my elementary, junior high, and high schools, it was single-story, mud-colored, and crowned with terra cotta, and it was the only place to check out books in the 20 miles between San Juan Capistrano and Irvine. “We would get 200 kids for storytelling because there was nothing else to do here,” one of its first librarians recalled.

It had 37 parking spaces, one of which would eventually host my mother’s Volvo station wagon where she took a proprietary whiff of my oversized pastel sweater and announced it was time for me to start wearing deodorant. A decade before that red-letter day, it was already my second home; some of my earliest memories are of waiting in line and digging in my plastic purse for chore money to pay fines on books I’d loved too much to give back.

I exhausted the wall of children’s literature a few weeks after growing tall enough to reach it. Where to resettle? A single fantasy-and-science-fiction bookcase was loaded with fat mass-market paperbacks, and I pulled one at random: Terry Brooks’s The Elfstones of Shannara. Its cover looked like posters for the sorts of movies I was unquestionably too young to see. It featured a red-haired elf named Lauren whose solemn duty was to protect a silver tree that prevented demons from entering the world—oh, yes. Lauren was quickly and decisively dispatched by the Reaper, a baddie I would recognize as a Predator knockoff when I got older, but I was hooked. Thirty years later, I still wonder if I should track down my fourth-grade teacher and thank her for how patiently she kept my classmates quiet as I gave the longest, pulpiest book reports of all time. Mrs. Pellow, you were my silver tree.

Mission Viejo had a population of almost 95,000 when the library closed in 1997. Its successor, a cylindrical, natural-stone monstrosity three times its size, touched down like a battleship from a planet composed entirely of Cheesecake Factories. I think about how many children it can hold and try to give it the benefit of the doubt.

Stanford’s Green Library is most vivid to me in the dark. When I was a sophomore in college, El Niño dumped 3.7 inches of rain on it in 24 hours. The deluge overwhelmed the campus drainage systems, broke through doors and walls, spilled down the stairs, and filled the basement with four feet of mud and water. At half-past three in the morning, 150 students formed a human chain and rescued about 120,000 books. That sounds awfully efficient, but I remember English majors in sodden pajamas sprinting and wailing for their thesis subjects as if they were family members: Emily-y-y!

Mildew sets in 48 hours after a book is soaked; most of the Green Library refugees were trucked to a cold-storage facility for freeze-drying (at a cost of $6 per volume) in 36 hours. The document-reprocessing expert tasked with their conservation developed his method after Stanford’s Meyer Library flooded the year I was born. He’d experimented with using electricity back then, but, “If you put a dry book in a batch with a bunch of wet books, it’s going to get hot, hot, hot, then poof!” 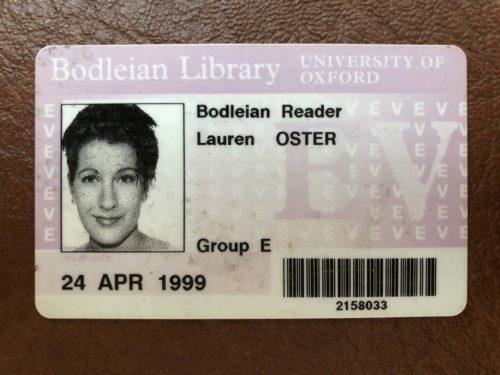 A year after the flood in northern California, my classmates and I stood around a long table and intoned the words of Sir Thomas Bodley’s oath in unison: I hereby undertake not to remove from the Library, or to mark, deface, or injure in any way, any volume, document, or other object belonging to it or in its custody; nor to bring into the Library or kindle therein any fire or flame, and not to smoke in the Library; and I promise to obey all rules of the Library. The oath has been required of readers at Oxford’s Bodleian Library since its reopening in 1602, when Bodley (a Merton College fellow who married well and donated the volumes and funds it needed after the Reformation) decided its holdings called for strict protection. That was fine with me; the Bodleian librarians refused loan requests from King Charles I and Oliver Cromwell, too. They also walked the walk in terms of fire: the library was unheated until 1845 (when Victorian engineers installed channels in the floor to carry in hot water) and unlit until 1929. We were much better off than the generations of readers who’d bundled up and chased the watery English sun.

I acquired my first New York Public Library card a few days after my supervisor at a magazine publisher informed me in the kindest possible way that she didn’t think public relations was the career path for me. I leaned into unemployment by swapping my cheap power suit for a tee shirt and jeans, climbed the stairs between Patience and Fortitude—the lions outside the magnificent Stephen A. Schwartzman building on Fifth Avenue—and announced that I was Ready to Read. The security guard in Astor Hall kept an admirably straight face as he redirected me to the lending branch a few blocks down the street. I checked out an audio version of Dostoyevsky’s Poor People and settled into my old couch to listen to the story of Russians swapping books and succumbing to death as I freehanded a needlepoint portrait of Johnny Cash that bore a striking resemblance to Peter Lorre in Casablanca. I found work unrelated to PR or textile art a few months later, but the library and I developed a beautiful friendship, and I visited once a week for the next decade. The room of “hold shelves” at the back of the building has dog-eared, updated versions of the American Library Association READ posters I remembered from Mission Viejo.

The NYPL will send requested books to readers anywhere in the five boroughs, and it directs mine to its Seward Park branch, a four-story, red brick Renaissance Revival building founded by the Aguilar Free Library Society in 1886. My requests tend to arrive in pairs, and I tell the librarians I’m reading as fast as I can as I pay my fines. The hold shelf stands between DVDs in Mandarin and a teens-only computer lab. The branch is well-heated in the winter, and my elderly neighbors wheel themselves to the bank of windows on the east side of the first floor and follow the sun like flowers.

I watch them and think of the man who couldn’t return to Cervantes, and of tilting at windmills. “That is not what they are,” Don Quixote maintains. “I have already told you that enchantments transfigure all things and deprive them of their natural forms. I don’t mean to say that they really convert them from one thing into another, but that it seems as if they do.” It isn’t so strange that what we can and can’t read feels like a matter of life and death.