How does one acquire teeth during the french revolution? The weird, true tale of Madame Tussaud. 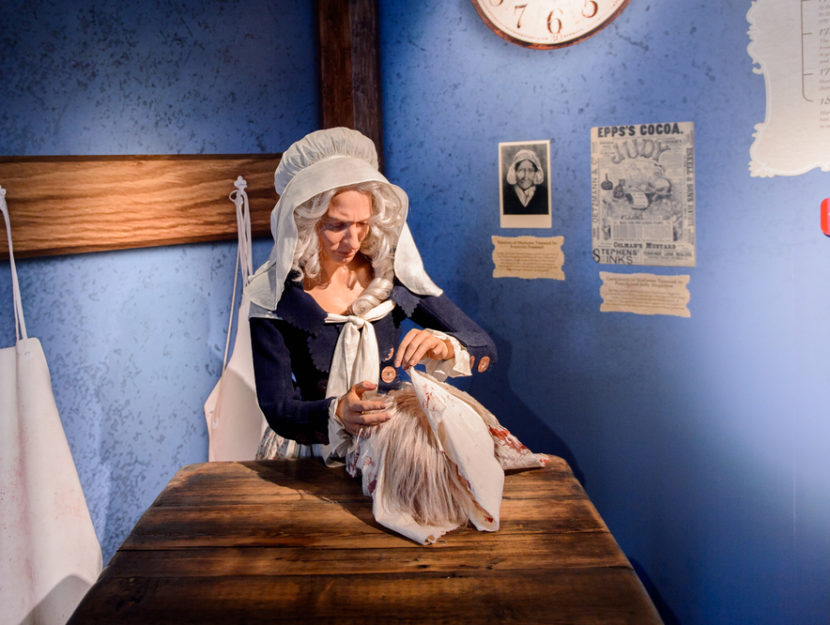 The world knows Madame Tussaud as a wax artist extraordinaire . . . but who was this woman who became one of the most famous sculptresses of all time? Bestselling author Michelle Moran brings Madame Tussaud’s tumultuous and amazing story to life: spanning five years, from the budding revolution to the Reign of Terror, Madame Tussaud sweeps us into the world of an incredible heroine whose talent for wax modeling saved her life and preserved the faces of a vanished kingdom. The year is 1788, and a revolution is about to begin.

All of us at Read It Forward are big fans of Michelle Moran – her previous novels Nefertiti, The Heretic Queen, and Cleopatra’s Daughter have been huge hits with the Read It Forward community. So of course we were thrilled to hear Michelle had a new book coming. Then we learned it was about Madame Tussaud, and we got really excited. Then we read the manuscript, and we were blown away. We couldn’t wait to talk with her about Madame Tussaud.

Read It Forward: What drew you to the story of Marie Tussaud?

Michelle Moran: My interest in Marie Tussaud began on my very first trip to London. Like thousands of tourists before me, I had decided that I wanted to visit the famous wax museum, Madame Tussauds. At the time, I knew almost nothing about the woman behind the name, but as I passed through the exhibition, I began to piece together what would ultimately prove to be a fascinating story. In the first wax tableau I came across, Marie Tussaud had modeled Queen Marie Antoinette with her husband and children. They looked young and happy, dressed in lavish court gowns and silk culottes. In another tableau, the mistress of King Louis XV lay sprawled on a couch, her blonde hair tumbling down her shoulders. Clearly, Marie Tussaud had been interested in modeling the celebrities of her day. Some she would have sculpted from memory, while many she would have met and modeled in person. Marie’s art had obviously gained her access to some of the highest circles in French society.

But in a third tableau, a different part of Marie Tussaud’s life emerged. Dressed in a black gown and dirtied apron, a young Marie could be seen holding up a lantern in the Madeleine Cemetery. The Revolution had begun, and she was searching through a pile of severed heads – all victims of Madame Guillotine. Immediately, I wanted to know what was she doing in that cemetery. Whose heads were they, and did she know those people? When I learned what Marie Tussaud went through during the French Revolution – who she’d met, where she’d gone, and what she’d seen – I knew I would someday tell her story.

RIF: Why does history tend to remember the French Revolution as being successful?

MM: Probably because it did exactly what its leaders intended, which was to deal a devastating blow to the aristocracy. But very soon after the overthrow of the monarchy, France’s new government became obsessed with idea of rooting out Royalists. A fever like that of the Salem Witch Trials gripped France, and neighbor began turning on neighbor, accusing each other of being royalists. And it didn’t take much to be sentenced to the guillotine. By 1793, all a person had to do was whistle the wrong tune or disrespect a liberty tree (saplings planted in the name of “liberty”) to be accused of endangering the nation. By the end of the French Revolution, more than five hundred thousand French citizens had been killed, most of them commoners.

RIF: How did you go about researching Madame Tussaud?

MM: I began with a trip to France, where nearly all of the novel takes place. Once there, I tried to visit the locations Madame Tussaud herself would have seen. Some—such as the Bastille—no longer exist, but there are others—Versailles being the sublime example—where a great deal of 18th century life has been preserved. After my trip, I did as much research as I could in libraries. Finally, anything I couldn’t find in books I tried to discover through email conversations with some very generous French historians.

RIF: What is the most interesting fact you learned while researching Madame Tussaud?

MM: That in 18th century France, most people went to street dentists when they had a toothache. These dentists would sit at a table laid out with various tools, and their unfortunate patients would have their teeth extracted right there, in the dirty street. After the extraction, the patient could sell his tooth (or teeth, if he was unlucky) to the dentist, who would then sell it to people like Marie Tussaud for her wax models. I know… creepy and disturbing!

MM: Yes. I think the queen was as much a victim of circumstance as she was her own naiveté. While it’s true that she held lavish balls in Versailles and spent a fortune on gowns, this really wasn’t anything new for the monarchy. The difference was that it was Marie Antoinette, and not the king, who was doing the spending. The resentment and jealousy which built up around the queen having access to her husband’s money earned her some powerful enemies at court. Meanwhile, the commoners were growing resentful as well. Yet the entire royal family’s expenditures were actually a small fraction of the nation’s budget, and whenever Marie Antoinette tried to economize, the courtiers who counted on her favors would raise a hue and cry. Various nobles had grown accustomed to the extra money they could earn from selling the dresses she had already worn or the accessories which had been ordered for her (often far more than she actually needed or used). These privileges were jealously guarded in Versailles, and this meant that the queen was “damned if she did, and damned if she didn’t.”

RIF: Why are we still interested in Madame Tussaud 250 years after her birth?

MM: I think the fascination with Madame Tussaud comes from the fact that the life she created was as intricate and mystifying as her artistry itself. Here was a woman who was asked to tutor the king’s sister, yet she managed to keep her head during the Reign of Terror when women were being imprisoned for nothing more than wearing the wrong color. She navigated two very different worlds – the court of Versailles and the streets of Paris – and against all odds, lived to tell the tale. And through it all, it was her artistry that saved her.

Today, with digital cameras available to capture everything around us, you would think it would be difficult to become enthusiastic about seeing a person’s likeness reproduced in wax. But there is something compelling about waxworks, particularly those done at the various Madame Tussauds around the world. Perhaps it’s the thrill of pretending to photograph yourself next to a celebrity, or getting to pose with Henry VIII “in the flesh,” that keep customers coming back. Or maybe it’s the eerie and arresting vision of a lifeless object that so closely mimics someone’s humanity that people relate to. Whatever it is, I think Madame Tussauds will be a major draw even in another two hundred and fifty years.

RIF: If Madame Tussaud were alive today, would she be happy to see that her wax museums have expanded not only throughout Europe, but now the world?

MM: I think Marie Tussaud would be ecstatic. Having grown up on the Boulevard du Temple surrounded by actresses and showmen, Marie was taught from a very young age that publicity was the difference between staying in business and having to sell your teeth in order to buy bread. Today, the Madame Tussaud’s wax museums do a wonderful job of finding new subjects to model, and the public unveilings of their new wax figures would have absolutely delighted Marie. A part of me wants to say, “If only Marie could see her museum now,” but something tells me she wouldn’t be surprised at all by how popular her exhibition has become.

Visit Michelle on her website, www.MichelleMoran.com and go behind the scenes to meet the characters in Madame Tussaud. 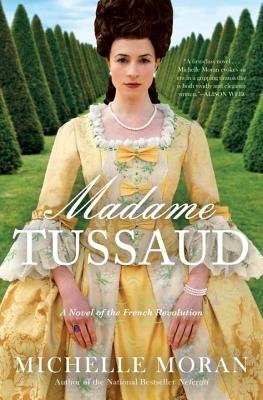 MICHELLE MORA is the author of the bestselling Nefertiti and The Heretic Queen. Her experiences at archaeological sites around the world motivated her to write historical fiction and continue to provide inspiration for her novels. Visit her online at michellemoran.com.