What Becomes of the Love Letters When the Relationship Is Over?

Revisiting heartbreak through letters and Beauty Was the Case That They Gave Me. 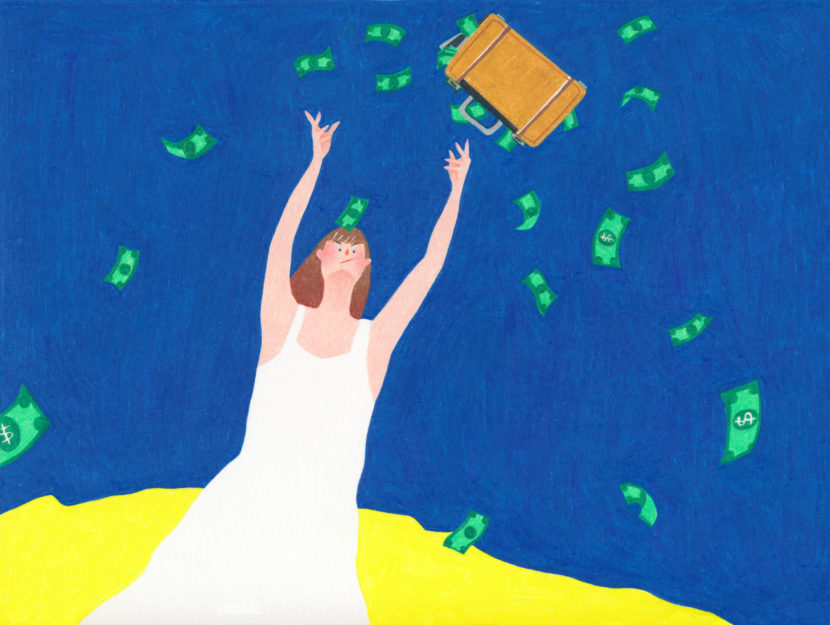 Her letter excerpted the poem “Pretty Girls” from Mark Leidner’s Beauty Was the Case That They Give Me, except the letter, unlike the poem, was in all caps.

AND THAT’S WHAT’S SO FUCKED UP—IT IS TRUE
AND YOU CAN’T FUCKING BELIEVE IT.

She always wrote like that, like she was yelling to me, yelling to the universe, like she couldn’t contain herself. Sometimes when she was overcome with joy, she’d literally scream aloud, a guttural, primordial ejaculation of feeling when words proved inadequate. A beautiful habit that I subconsciously adopted, one of the many gifts she didn’t realize she was giving me.

We were both enamored with Beauty Was the Case, so I resolved to buy her her own copy. I called and visited half a dozen bookstores. No luck. Discouraged, resigned, and headed home, I strolled by a used bookseller; worth a shot, I thought. The clerk told me the book wasn’t on the floor, but said he could check the basement; worth a shot, he thought. A few minutes later he emerged with the elusive title in hand and on sale for five dollars. I flipped it open, and there was Leidner’s signature. I bought it, eager to surprise her with the book when she returned from a trip.

“Look what I got in Portland!” she texted me the next day, with a photo of Beauty.

“Synchronicity” was a word she used a lot.

I’d highlighted a few lines from “Pretty Girls” in my copy of the book. She’d also quoted them in her letter.

THIS IS LIKE BREAKING UP WITH SOMEONE
BECAUSE “I LOVE YOU TOO MUCH.”

What’s the opposite of synchronicity?

THIS IS LIKE HURLING A BRIEFCASE FULL OF MONEY
OFF A CLIFF INTO THE OCEAN
BECAUSE “IT’S JUST TOO MUCH MONEY.”

Control is the most addictive drug. I’ll do anything for it, and when it’s taken away, the withdrawal feels like it could kill me. I could never hurl the briefcase, not because of the money, but because I couldn’t surrender something I believe is mine. I would’ve kept the briefcase. Invested the money. Sent our kids to college on the savings.

It’s a blurry line between self-sabotage and self-preservation. She held the fear of catching on fire and the fear of “too good to be true,” so she self-fulfilled her own prophecy; both faced and manifested her fears; breathed life into a lie and created her own truth by destroying us.

That is how stupid this is.

And how right it is, too.

Sometimes we’d ask each other, “Do you love me?” and take solace in the inevitability of the answer.

The briefcase wasn’t mine to keep, so I kept all her letters instead. One concluded: “I LOVE YOU. I FUCKING LOVE. YOU.”

Months later she was traveling again, and I’d texted her that rhetorical question.

“I love u beh beh!” she responded.

I didn’t think anything of it then, but looking back it’s not what you said but what you didn’t say. That text, unlike the letters, was not yelled with wolf-howl heart but forced, with dissonance and shame through gritted teeth through quivering fingers because by then you didn’t love me and you definitely didn’t “!”.

AND YOU CAN’T FUCKING BELIEVE IT.

And it’s like it wasn’t you texting me, like someone else—an impersonator, a mercenary—had sent it; some uncanny doppelgänger hologram that I can see but can’t smell, and whose grainy insides will always be a dark, transparent, unknowable mystery; a mirage.

And then two days later—your heart no longer hidden by a screen, and your words no longer adorned with the decoy of a clenched exclamation point—I asked again, “Do you love me?” and your years-worth of joy-drunk screams cowered into silence and you turned away and cried.

You couldn’t bear to say what you couldn’t bear not to feel, and I can’t blame you. For that. Or for anything. It wasn’t “too good to be true.” But it was good. And it was true. And then it was over. And that is right and perfect and enough. Because there’s the end of the poem, the part you didn’t include in the letter but that was always there.

Watching the wind whisk the money away
out to sea. Watching the case splash
below—mystical, insignificant—
instantly erased by waves.

This is Part 5 of our Love, Stories series. Read the others here!