Let Go of Your Books

A lit lover wrestles with The Life-Changing Magic of Tidying Up. 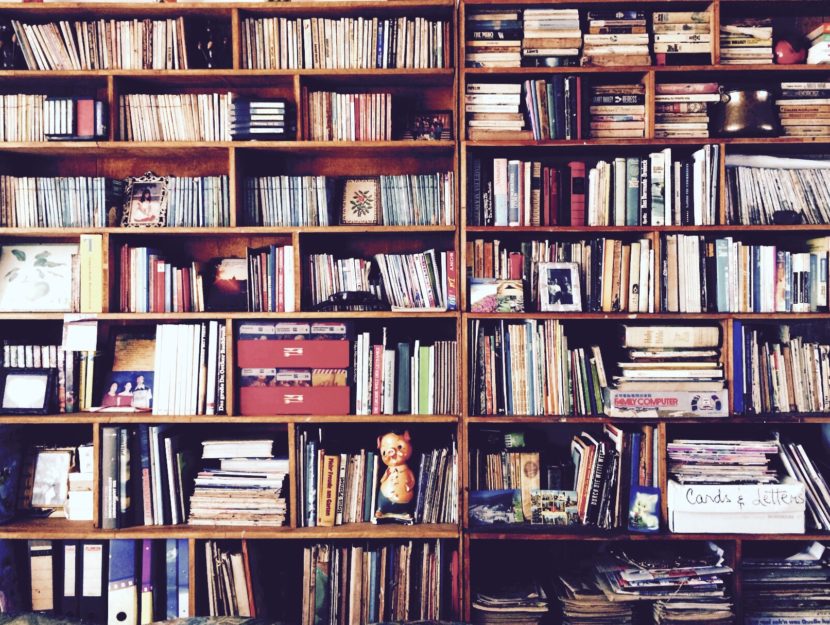 It’s a good thing I’m not a shopper or a hoarder, considering my apartment is the size of a Honda CR-V. What I am, though, is a book lover and, for as much as my one-bedroom will allow, a collector.

My little home library plays many roles. Organized in stylish monochrome sections, it serves as a substitute for, like, actual décor. With titles dating back to college and even childhood, it’s something of a timeline. And boasting the works of Adichie and Shakespeare and Serrano and Steinbeck and hooks, it’s some physical manifestation of an idealized version of myself.

I’ve often imagined myself the subject of a literary version of MTV’s Room Raiders, where a beautiful stranger trespasses into my apartment and decides whether she’d date me, based on my bookshelf. It’s probably one of the reasons I’ve curated my collection to maximize quantity, quality, and diversity, as evidence to some hypothetical stranger of how smart and cultured and interesting I am.

Who am I trying to impress? What purpose do all these titles serve? And, as Marie Kondo would challenge: What am I really holding onto?

A new job, a new place, a breakup, a haircut: A friend was reinventing herself before my eyes and raved about Kondo’s bestselling minimalist manifesto, The Life-Changing Magic of Tidying Up: The Japanese Art of Decluttering and Organizing. Same job, same place, no girlfriend, no hair: I was game for a change.

Kondo’s patented KonMari method advises you to tidy your entire home in a single flourish—a six-month window, maximum—category by category, in a specific and intimate fashion. With books, for instance, take out all the ones you own. Put them on the floor. Hold each one and see if it “gives you a thrill of pleasure when you touch it.” If yes, sashay, you stay. If no, you literally thank the book for its service; shante away.

Kondo swears by her method’s power to reinvent your home and your life, and writes of her clients going on to thrive in love, work, health, and wealth. The book’s hyperbole isn’t its only flaw. It assumes readers’ privilege and excess. It’s couched in traditional gender roles. It oozes with Pollyanna and un-ironic self-help truisms. And yet, for me, it has indeed been magic.

The KonMari method requires swallowing some hard truths about stuff we love–for me, literature. According to Kondo, books we intend to read “sometime” are books we’ll read “never.” And it’s pointless to keep books around simply for the memory of having liked them: “There is no meaning in [books] just being on your shelves,” she says. “You read books for the experience of reading.” But just because Kondo is cutthroat doesn’t mean she’s not sentimental. She grants everyone a literary “Hall of Fame,” wherein we can keep those titles whose magic and meaning never wane, even after dozens of reads across multiple decades. In her Hall of Fame, Alice in Wonderland; in mine, The Life and Times of the Thunderbolt Kid.

As I grew discerning about which items inspire joy and grew desensitized to discarding, I made some startling discoveries about why I collected and kept so much of my literature. There was Ready Player One, which an ex had gifted me and which I’d never read: Turns out holding onto the book was a (misguided) attempt to ease my guilt over “discarding” the relationship. In another case, I figured having Hamlet perpetually on my shelf and my next-up list would quell the embarrassment of being the only Shakespeare major who’s never actually read the play. Meh, I decided, I’ve seen The Lion King like a thousand times.

There were books I’d read and loved and never intended to read again, books I’d received as gifts, books I bought and never read, books I started and never finished. Regardless of their journey or their history, all the titles had one thing in common: they had served their purpose. My sister came over and happily scooped up a few for herself. I returned some to friends. The rest I thanked, bagged, and donated—over 75% of my total library, though I know Kondo would scold me to do more.

The connection between our physical surroundings and our mental and emotional state is an easy one to make. We speak in these metaphors all the time without realizing it, whether of emotional “baggage,” a “cluttered” mind, a “messy” divorce, or a “heavy” heart. And while we don’t always have a say over “the weight of the world,” decluttering, I found, is one personal way to unburden our space and our spirits. It’s an act of rejuvenation. It provides a sense of control in times that can feel uncontrollable. Tidying can be self-care, and self-care can be a radical act of resistance.

In the new year, I wonder where else we can seize power over our lives. I wonder what else we can discard, how we can liberate ourselves from things weighing us down, from the reification of stimuli and relationships and prejudices and obligations and technology and burdens of all kind.

“When we really delve into the reasons for why we can’t let something go,” Kondo says, “there are only two: an attachment to the past or a fear for the future.” Sometimes we’re holding onto things we don’t even realize.

A while back a short fling ended with an ugly split. I only had a few of her things at my apartment, and she had only one of mine: The Moth. I returned her stuff through a friend, but the friend showed up empty-handed for me. Every now and then I’d feel a pang of resentment over her withholding that book—a proxy, I now realize, for my pain and spite and sadness over the way the relationship ended.

Emptying my entire library per KonMari, I spied a book that had fallen behind the bookshelf. Dog-eared, dusty, and forsaken, The Moth—and with it, a wave of emotion—reemerged. I felt years of repressed anger turn to humiliation and then to guilt and then to forgiveness, for her and then for myself. It was time to let go. 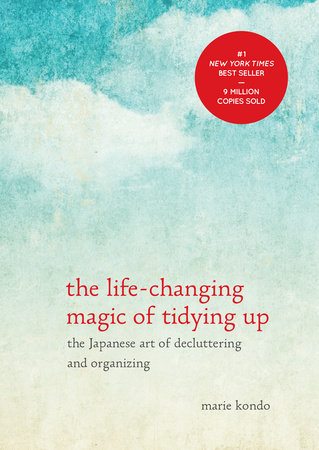 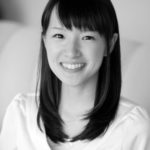 MARIE KONDO is the founder and chief visionary officer of KonMari Media Inc. and author of the #1 New York Times best seller The Life-Changing Magic of Tidying Up. Her books have sold more than seven million copies worldwide and have been translated into thirty-eight languages. She is also the author of the New York Times best seller Spark Joy and the companion journal, Life-Changing Magic: A Journal. Kondo has been featured in the Wall Street Journal, The Atlantic, the New York Times, USA Today, and on the Today show, and has been named one of Time magazine’s 100 Most Influential People. Visit www.konmari.com to learn more about Kondo’s latest efforts to create a global community with the mission to organize the world through the official KonMari app and KonMari Consultant Program.