All hail the writer-producer-actor, who spends her spare time championing books. 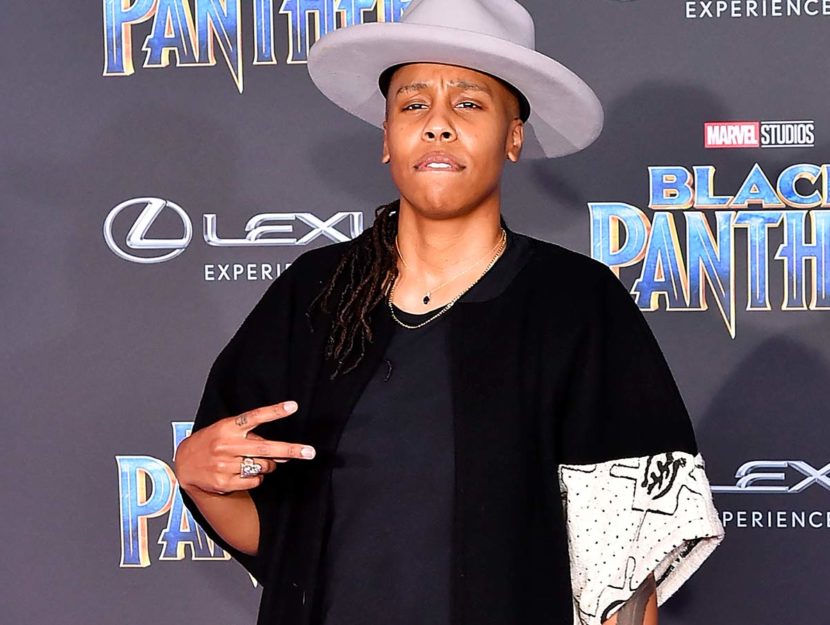 Lena Waithe (@lenawaithe) is widely known for her amazing writing skills—last year, she became the first black woman to win an Emmy for Outstanding Writing in a Comedy Series. As she continues to expand into more writing, producing, and acting opportunities, she’s remained loyal to her love of reading, making us wonder where she even finds the time. Here are some of the books she’s been sharing on her Instagram.

Lena made sure to stock up on books before her vacation; luckily, they arrived just in time. We’re sure she was excited to have her pick from I’m Judging You by Luvvie Ajayi, Just Mercy by Bryan Stevenson, and Swing Time by Zadie Smith for her inflight entertainment.

Had no idea his parents wrote a book. Thank you @asiakatedillon for making me aware. Now I’m paying it forward…

Trayvon Martin’s story is both heartbreaking and unsettling. When Lena found out about the book Rest in Power: The Enduring Life of Trayvon Martin by his parents, Sybrina Fulton and Tracy Martin, she decided to use it as an opportunity to share the book with her fans.

Can’t wait to dig in! Proud of you @jeniferlewisforreal !!

Lena couldn’t wait to read Jenifer Lewis’s The Mother of Black Hollywood; we’re willing to bet she loved every minute of it.

One of the first gifts my love ever gave me. Sending this legend love and light on his born day. #jamesbaldwin

Books are gifts that keep on giving. Lena received If Beale Street Could Talk by James Baldwin from her other half, and brought it back to celebrate the author’s birthday.

Go buy @issarae’s book. Today. Or we can’t be friends.

It’s always a good day to support your friends. Here, Lena’s sharing her pride for Issa Rae’s release of The Misadventures of Awkward Black Girl.

It looks like Lena not only loves to read books, but she watches the movie adaptations as well. She was pumped when the postman delivered Dear White People by Justin Simien and Separate Cinema by John Duke Kisch, as well as the film versions of Inherent Vice by Thomas Pynchon, The Hobbit by J.R.R. Tolkien, Gone Girl by Gillian Flynn, and The Fault in Our Stars by John Green.

Lena’s not only a fan of receiving books, she loves giving them as well. Here, she shares the books she gifted her mentee: Becoming Richard Pryor by Scott Saul and The Wonderful Wizard of Oz by L. Frank Baum.

Taking a break from reading scripts. Only reading books over the holidays. ?

After a long day of reading scripts, Lena decided to take a break—by reading a book. Her novel of choice? This is Between Us by Kevin Sampsell.

We love that Lena reads such a variety of books. This time, she’s reading Married to the Franchise by Jonathan A. Carroll, a memoir about the author’s marriage.

Just go to the chapter about “Purpose mates” and proceed to get your whole life. See, some of y’all trying to find love before you find your purpose. Common mistake. #PurposeAwakening

While out at the beach, Lena’s gotta have an inspirational book by her side. Here, she shared a favorite chapter from Purpose Awakening by Touré Roberts.

I like books that are out of print. #CollectorsItems

It’s no surprise that working in the industry, Lena would be a fan of old-school Hollywood actors. She scored a couple of out-of-print titles: The Lonely Life by Bette Davis and Lena by Lena Horne and Richard Schikel.