Keeping Up with the Nabokovs

Books about Vladimir and Véra Nabokov, one of literary history's most loved (and loving) couples. 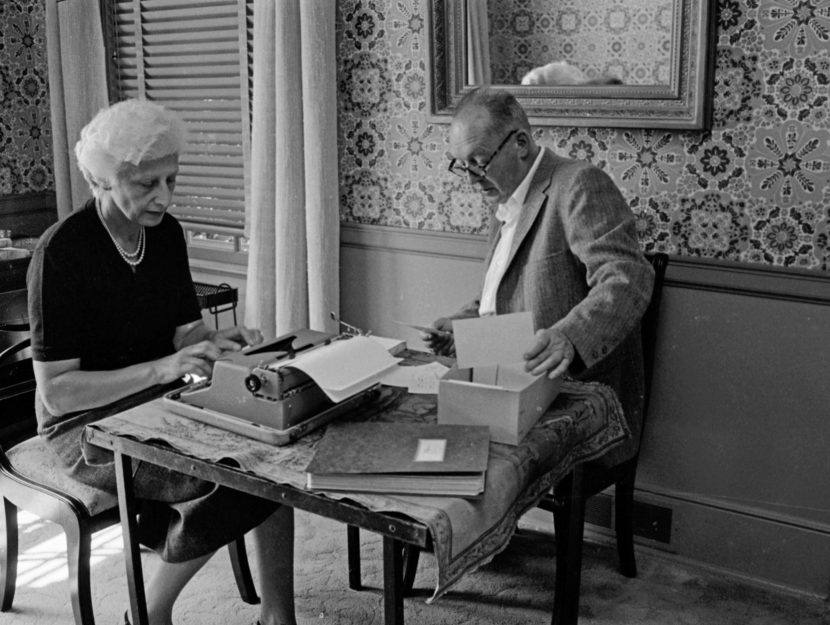 July 2017 marked the 40th anniversary of Vladimir Nabokov’s death in 1977. He was a multilingual master of prose who crafted some of the twentieth century’s most enduring works of fiction, including Lolita; Pale Fire; Ada, or Ardor; Pnin; and Invitation to a Beheading. His sentences were more like sculptures than strings of words, even when he wrote in English, his fourth language. Although profound on the darkness of human behavior, he was also funny as hell—who could forget, for instance, how he unceremoniously explained Humbert’s mother’s death in Lolita with two words: “picnic, lightning”? His fiction could be challenging and ambitiously experimental, as in his novel Pale Fire, which consists of a 999-line poem written by one of the characters, and endnotes to the poem written by another. Nabokov’s novels were each tour de forces.

But Nabokov’s extra-textual activities were also fascinating and noteworthy in their own right. He lived in Russia, where he was born, Berlin, numerous cities in the U.S., and Switzerland. As a professor, Nabokov taught literature at Wellesley and Cornell, and at this last college, he taught none other than Thomas Pynchon. He volunteered as an entomologist at the American Museum of Natural History, as Nabokov was a dedicated lepidopterist—that is, a studier of butterflies—and throughout his life spent many days collecting and cataloging butterflies.

He never learned to drive, though, so during his many lepidopterist expeditions, his wife Véra performed the chauffeur duties. And Véra Nabokov, née Slonim, is another wonderful aspect of Nabokov’s legacy, so much so she’s earned a place in literary history. Vladimir, in fact, was so dependent on Véra that she was also, according to Martin Amis, her husband’s “secretary, typist, editor, proofreader, translator and bibliographer; his agent, business manager, legal counsel and chauffeur; his research assistant, teaching assistant and professorial understudy.” Their marriage lasted 52 years.

The following books will collectively give you a sense of Vladimir and Véra’s life together—the brushes with history, their nomadic existence, Vladimir’s creative genius, his obsession with butterflies, Véra’s brilliance, and, of course, their grand love for each other. And you can also see just how widely influential these two remarkable individuals were, in various fields, and to various people.