I Am Forbidden by Anouk Markovits: Reader’s Guide

Reader's guide for the moving family epic I Am Forbidden. 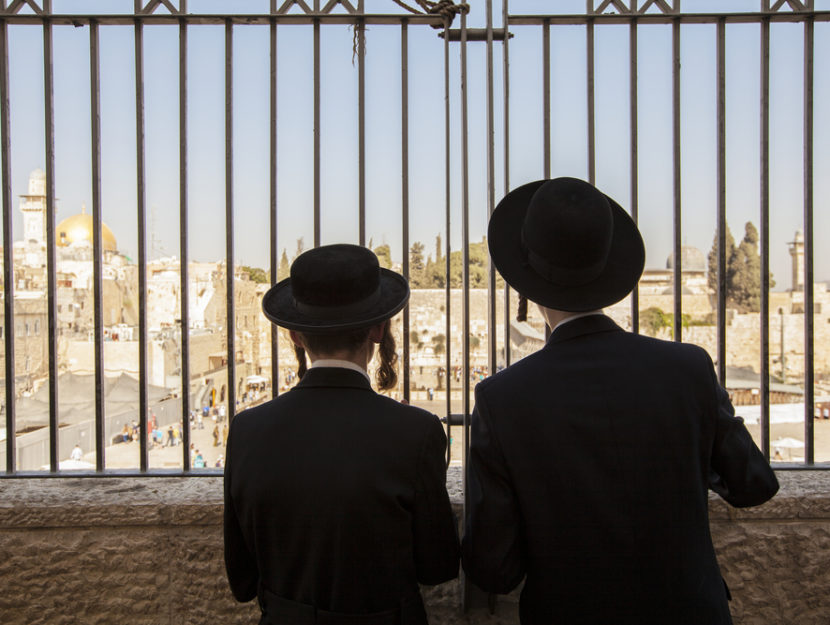 Earning rave reviews for gifted novelist Anouk Markovits, I Am Forbidden is a moving family epic that takes us on an unprecedented journey deep inside the most insular Hasidic sect, the Satmar. Sweeping from the central European countryside to Paris and contemporary Williamsburg, Brooklyn, this is a story of devotion and fate, and the choices that define us.

In 1939, five-year-old Josef witnesses the murder of his family by the Romanian Iron Guard. He is taken in by a Christian maid, who cares for him as if he were her own son. Five years later Josef rescues a young girl, Mila, whose parents are killed in the wake of Nazi deportations. Josef helps Mila find safety with Zalman Stern, a Satmar leader.

In Zalman’s home, Mila becomes a sister to his daughter, Atara. The two girls form a fierce bond, but as they mature, Atara feels trapped by the restraints of Jewish fundamentalism, while Mila embraces her faith and her role as a respected young woman in her community.

Though they both immigrate to New York, Atara and Mila live worlds apart throughout their adult lives. Selected to be Josef’s bride, Mila eagerly strives to be an ideal wife, but a desperate choice after ten years of childless marriage threatens to separate her from everything – and everyone – she cherishes.

Bringing to life dilemmas of love and law, individual and community, tradition and modernity, I Am Forbidden will spark inspiring dialogues in your reading group. We hope that this reader’s guide will enhance your discussion and reading experience.

1. The opening scene powerfully illustrates ultra- orthodox Jewish teachings regarding the struggle between body and soul. What is the nature of Zalman’s sin? What does this scene tell us about the yearning for holiness depicted throughout the book?

3. Discuss the “I” in the title. Which character or characters do you think it most refers to? Throughout the generations, how do the novel’s characters perceive themselves? How are they shaped by the quest for an identity of purity and piety?

4. What accounts for the different paths Atara and Mila take, despite being steeped in the same teachings? Where, in the text, do you see them begin to diverge? How would you interpret these lines:

Atara flew above river and roofs, above all the boundaries the world drew around her. Mila whirled faster still, until she let herself drop to the ground, too dizzy to answer Atara’s calls. When Mila’s eyes opened, they were filled, not with Atara’s inebriation but with apology—for surviving, for being alive. Atara combed her fingers through Mila’s disheveled hair, combed them toward what she hoped might still be the direction of an escape. (138)

5. A turning point in Atara’s life is the discovery of the Kasztner Affair. How did you react to the passages about Joel Teitelbaum, the Rebbe of Satmar, boarding Kasztner’s train? How would you approach the complex ethical dilemmas reflected in this debate? Was Teitelbaum working from a different concept of leadership than the one that says that a captain must stay on his sinking ship until his passengers are safe?

6. The physical appearance of the Satmar sets them apart from mainstream culture and helps them to preserve their identity. Has your family been able to preserve its cultural and religious heritage, or has it assimilated? Do you think it is constructive to give up characteristics of one’s heritage in order to accept shared values and belong to a more universal society?

7. In tender scenes, the author balances the beauty and the constraints of the Satmar world. Which aspects of this world were the most intriguing to you? Which aspects defied stereotypes?

8. Devotion thrives in the novel’s arranged marriages. How would you fare in such a marriage, particularly one with strict protocols regarding sex and pregnancy?

9. Is Mila and Josef’s pursuit of a pure bloodline commendable or destructive, in light of their losses?

10. Mila and Josef grapple with the conflict between modern medicine and ancient texts. What choices would you have made in their situation?

11. Judith’s and Josef’s stories embody the belief in a biblical command that asks that descendants be held liable for the sins of their ancestors. What do you think of this belief? Would their dilemmas have been different if women served on rabbinic courts of law?
12. How does the Satmar belief system compare to that of other fundamentalist faiths? How does the experience of reading about it through fiction – immersed in a novelist’s storytelling – enhance your understanding?

13. Zalman, Josef, Mila, Atara, and Judith take turns as the primary character from whose perspective the story is told. What is the effect of these shifting points of view and why do you think the author chose that approach?

14. Who is stronger: Atara, living independently, or Mila, seeking strength through community?

15. Do you have siblings or family members from whom you are estranged? What did this novel make you think about estranged relationships and about family bonds in general? 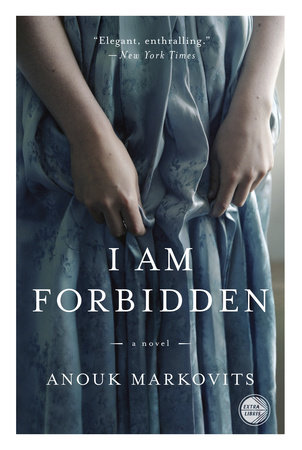 ANOUK MARKOVITS grew up in France, in an ultra-orthodox Satmar home. She attended a religious seminary in England instead of high school, and left the fold at the age of nineteen to avoid an arranged marriage. She went on to receive a bachelor of science from Columbia University, a master of architecture from Harvard, and a PhD in Romance Studies from Cornell. Translations of I am Forbidden are forthcoming in a dozen countries. Markovits's first novel, Pur Coton, written in French, was published by Gallimard. I Am Forbidden is available in paperback from Hogarth wherever books are sold. Visit the author online at AnoukMarkovits.com.