How Toni Morrison Changed My Life

The legendary writer has passed on, but her work and her influence will never be forgotten.

By Carla Bruce-Eddings • 7 months ago 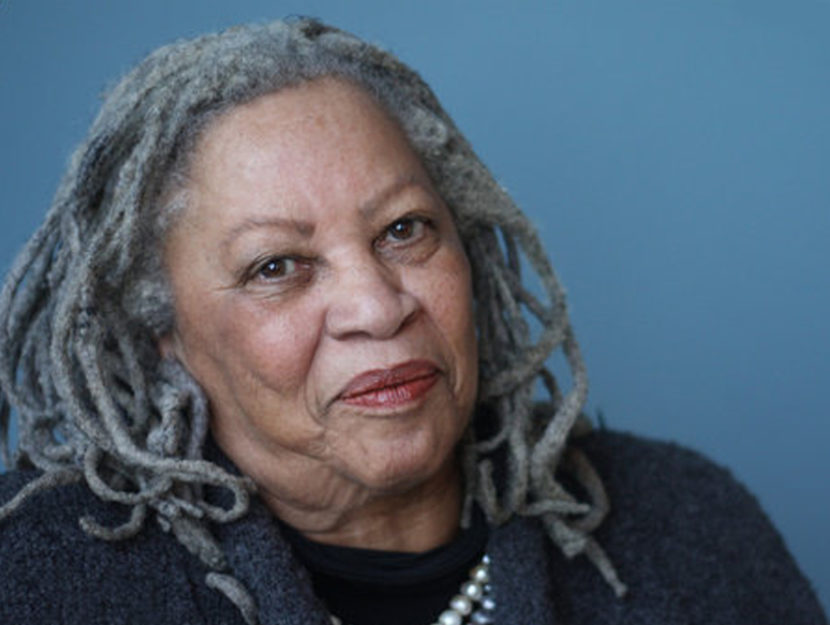 I probably read The Bluest Eye a bit too early.

I found a worn copy among my parents’ library when I was nine or ten years old, and was intrigued by the title and its puzzling contrast to the cover image, which beheld a little girl, in profile, whose skin was darker than mine. Once I began reading, I couldn’t stop, though there were parts of the story that frightened and confused me. Sensation trumped understanding, in my estimation, and Toni Morrison made me feel. Pecola’s isolation and shame made me ache. Her pain became my own. At that age, I would spend hours staring into the mirror: examining my cheekbones, sucking them in, puffing them out, brushing my hair, inspecting my tongue, shifting my head back and forth, surveying, judging, assessing until my vision blurred and my mirror image no longer felt real. When I finished the book, I closed it and shuddered, feeling so deeply like I’d been seen, and devoured, and then picked through, like the bones left behind after a meal, still warm. This was my introduction to Toni Morrison. I read the book again years later, and then a piece of it here, a piece of it there: a touchstone. Maybe there is no such thing as too early, if it compels you back and back and back, revealing something new each time it cracks you open again, testing the fissures, revealing the marrow.

“Here was an ugly little girl asking for beauty….A little black girl who wanted to rise up out of the pit of her blackness and see the world with blue eyes. His outrage grew and felt like power. For the first time he honestly wished he could work miracles.” —The Bluest Eye

I wish I could have thanked her, I texted a friend this morning, weeping quietly at my desk. I have her words on my bookshelves; for years, her face beamed down on me from my office corkboard at Penguin Random House, a beacon, as I made my own strides in the publishing industry, a path she laid for women like me. She was a Random House editor from 1967 to 1983—the first Black woman to hold the title in the company’s history—where she edited the works of Gayl Jones, Toni Cade Bambara, Henry Dumas, Huey P. Newton, Muhammad Ali, and Angela Davis, among others. I came into the world five years after her departure, a world already irrevocably changed by her boundless imagination and singular dedication to creating, perfecting, and proliferating literature for and about Black lives.

“The little white man that sits on your shoulder and checks out everything you do or say. You sort of knock him off and you’re free,” said Morrison, who is seen flicking the imaginary figure from her left shoulder in the documentary. “Now, I own the world. I can write about anything, to anyone, for anyone.” —The Pieces I Am

Sula found me at just the right time: in my senior year of college when every waking moment was an exercise in dogged self-interrogation. Sula was untethered, in the way that I thought I might one day become; free, in a way I secretly feared. I dog-eared roughly half of my volume, intoxicated by Toni’s command, economy, and deftness of language—and rocked by the truth of it, too. Nothing feels truer than reading her work. There’s the small, involuntary gasp, the incredulous laugh, and your heart rings like a bell. I was almost 22, and all I craved was that truth.

“Lonely, ain’t it?
Yes, but my lonely is mine. Now your lonely is somebody else’s. Made by somebody else and handed to you. Ain’t that something? A secondhand lonely.” —Sula

Toni has left us, but how much richer we’ve become because of her. How much more vigilant, how much more protective of our legacy, and the force with which we share it. Eulogizing her feels impossible because, in some way, it is: her words remain for us to discover and rediscover, and what could possibly be more life-giving? More life-saving, in a time when salvation feels so distant, so illusory?

“To ensure freedom of expression we need collective power. If we achieve it, it means our destiny will not leap or languish at the whim of public taste, academic fiat or parades ignorance. We are already at the barricades. Perhaps that is because what we do is not entirely secular. The emotion that print can produce, the association of the word with superhuman power, drags us to the barricades whether we wish it or not. Anything writing a primer on oppression would identity writers first and early as those to be watched. And they would be right. Language is holy.” —Keynote Speech at the American Writers Congress, 1981

CARLA BRUCE-EDDINGS is a senior publicist, freelance writer, and books editor for Well-Read Black Girl. Her writing has been featured in The New York Times, New York Magazine, Guernica, and elsewhere.