On Grit and Grittiness: Feminist Novels Set in the West

By JAMIE HARRISON • 4 years ago 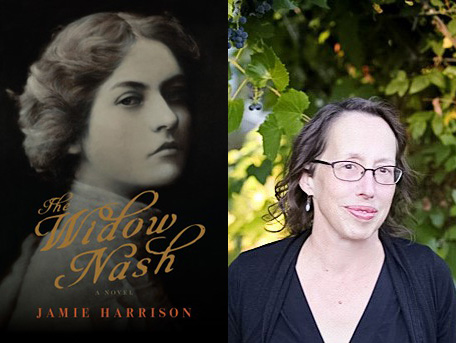 In my novel, The Widow Nash, Dulcy Remfrey steps off a train crossing Montana in 1905 and disappears into the West. She’s running away (in mourning, and from violence) to save herself; she isn’t sure if it’s an act of cowardice or bravery but she’s utterly alone as she navigates a world that’s both raw and sophisticated, a melting pot filled with other people who are reimagining themselves, embracing or dodging fate.

It’s true that any novel set in the American West, especially one set in the past, tends to be innately gritty, and the trick of calling a character feminist depends on context: a widow turning to prostitution in the 1860s is moving across a different canvas than a college student finding her way today. The very act of going west meant giving up the known world to become a speck on a landscape that could kill with heat, cold, water, snakes, bears. Some of the most resonant novels come from the descendants of the tribes at the even harder end of the equation, but almost all tend to be coming-of-age stories, understanding-of-self stories, which only makes sense: we’re all, male or female, born equal, born feminists, born ourselves, without doubt. The squirrelly stuff comes later, when people muck with your mind, add limits and assumptions and the boggy downside of religion and sex.

An embarrassment of riches: Edna Ferber’s novels (So Big, Giant, Cimarron) are full of women who throw themselves into life. Read Mildred Walker’s Winter Wheat, Josephine Johnson’s Now in November, Barbara Kingsolver’s Animal Dreams, Debra Magpie Earling’s Perma Red, Margaret Verble’s Maud’s Line, Wallace Stegner’s Angle of Repose. And read Joy Williams’ The Quick and the Dead, set in the contemporary Southwest, for a line that sums up so much: “Plants were lucky because when they adapted it wasn’t considered a compromise. It was more difficult for a human being, a girl.” 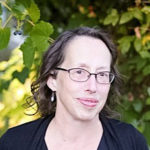 JAMIE HARRISON has lived in Montana with her family for almost thirty years. She has worked as a
caterer, a writer, and a technical editor for archaeological, botanical, and biological reports. She is the daughter of Jim Harrison.