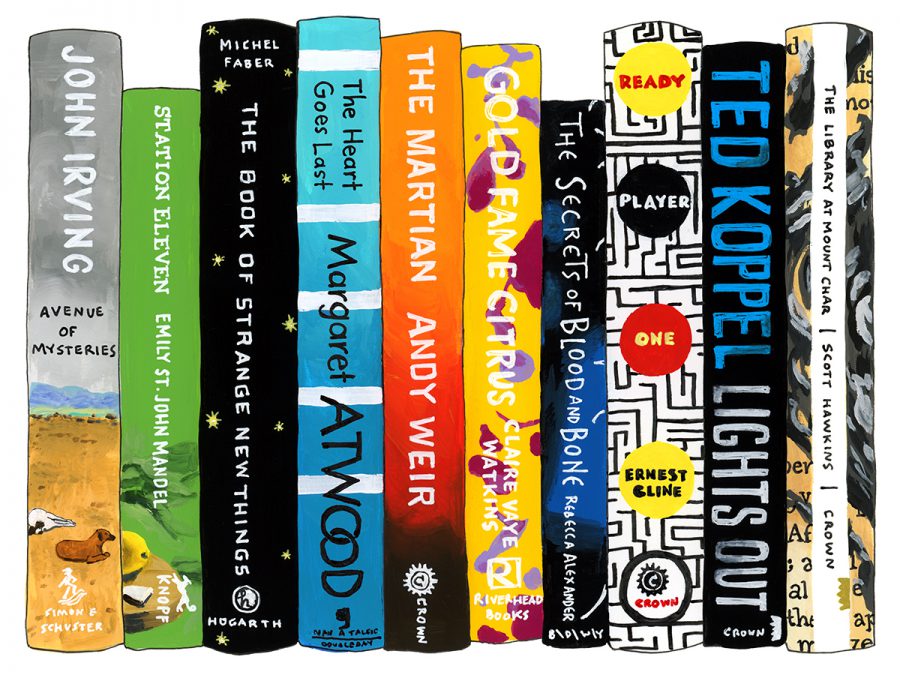 ‘Tis the season…to shop for everyone on your list. And, we may be biased, but we think the best gifts to give—and receive—are books!

Read It Forward is making your holiday shopping a cinch this year. We’ve curated seven different gift guides chock full of books that will thrill everyone you know: the foodie in the family, the creative thinker, the fiction devotee, the adventurous spirit, the former class clown, the ultimate fan (of podcasts, history, rock ‘n roll…you name it) and the sci-fi lover who’s already purchased their movie tickets for Stars Wars: The Force Awakens. All you have to do is swing by your local independent bookstore and shop ’til you drop.

The Science Fiction fan is eager to get to know new worlds—whether those worlds are set on faraway planets, or on this one after a devastating cyberattack or apocalypse—the stories about them are absorbing and transportive. These ten picks are wildly different but engage their reader fully, allowing them to travel to far-away galaxies, engage in violent combat, wander through the parched desert, do hard time in a prison or outrun a blood-thirsty supernatural entity without ever leaving their couch. Once they finish the last page and remember where they are, they’ll thank you, we promise.

Curated by the Read It Forward editorial team, illustration by Jane Mount of Ideal Bookshelf.