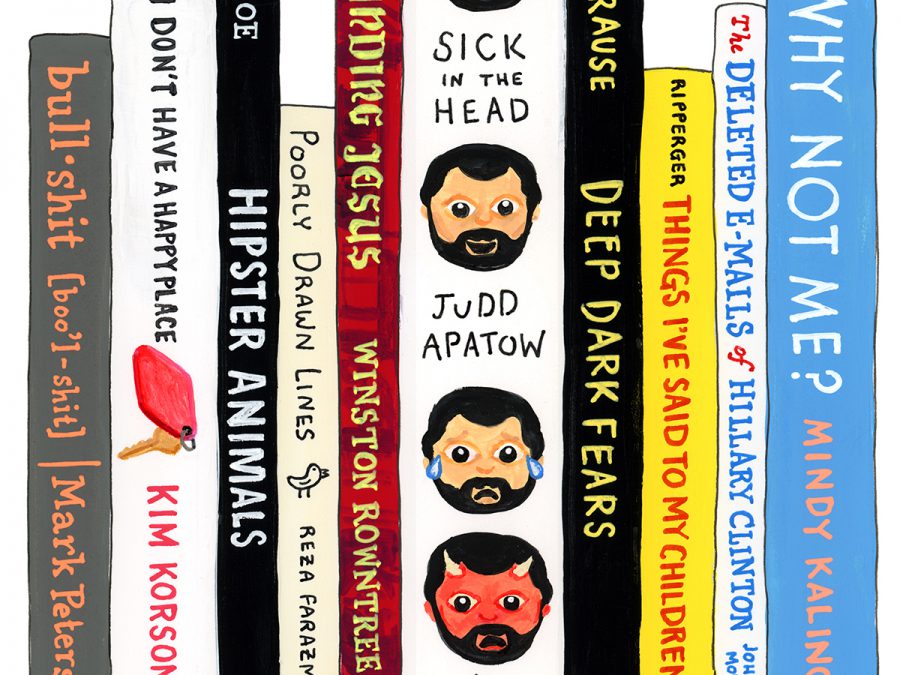 ‘Tis the season…to shop for everyone on your list. And, we may be biased, but we think the best gifts to give—and receive—are books!

Read It Forward is making your holiday shopping a cinch this year. We’ve curated seven different gift guides chock full of books that will thrill everyone you know: the foodie in the family, the creative thinker, the fiction devotee, the adventurous spirit, the former class clown, the ultimate fan (of podcasts, history, rock ‘n roll…you name it) and the sci-fi lover who’s already purchased their movie tickets for Stars Wars: The Force Awakens. All you have to do is swing by your local independent bookstore and shop ’til you drop.

The former Class Clown loves a good laugh. Chances are, if they were named Class Clown in high school, they love cracking jokes just as much as they love being cracked up. These ten picks, ranging from a comedian’s inner monologue, a funny take on Where’s Waldo, a parody of Hillary’s inbox (she’s friends with Beyoncé!), an illustrated interpretation of “Parents Say The Darndest Things” or a comic book about our greatest (and wackiest) fears, will have recipients belly-laughing through the new year.

What are you giving the funny guy or gal in your life this holiday season? Help expand our gift guide with your recommendations below!

Curated by the Read It Forward editorial team, illustration by Jane Mount of Ideal Bookshelf.