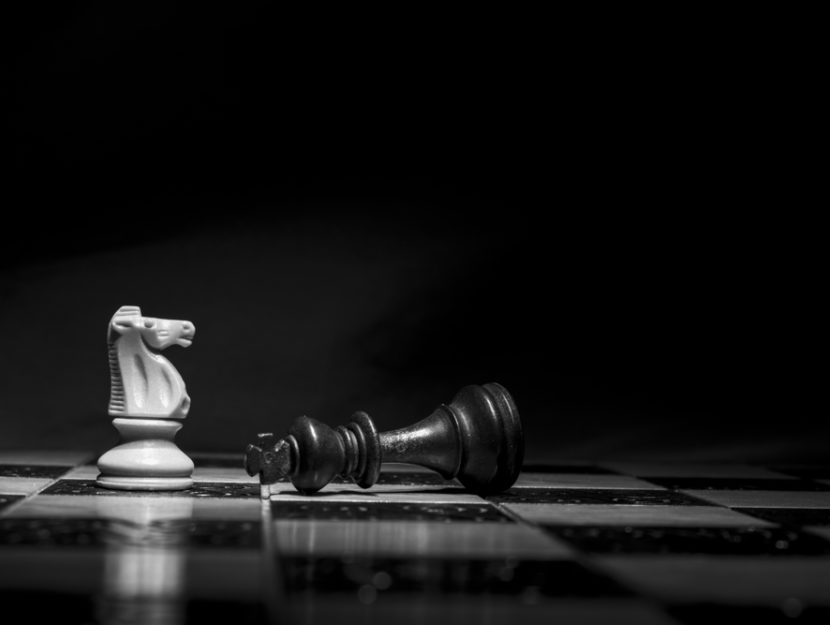 Endgame is acclaimed biographer Frank Brady’s decades-in-the-making tracing of the meteoric ascent – and confounding descent – of enigmatic genius Bobby Fischer. Only Brady, who met Fischer when the prodigy was only 10 and shared with him some of his most dramatic triumphs, could have written this book, which has much to say about the nature of American celebrity and the distorting effects of fame.

Drawing from Fischer family archives, recently released FBI files, and Bobby’s own emails, this account is unique in that it limns Fischer’s entire life – an odyssey that took the Brooklyn-raised chess champion from an impoverished childhood to the covers of Time, Life and Newsweek to recognition as “the most famous man in the world” to notorious recluse.

May 1949: Living in Manhattan at age 6, taught chess by his sister, using a chess set purchased for $1. Shows instant progress and easily defeats his sister and mother.

January 1951: Plays against a chess master for the first time, and although he loses he’s inspired to continue to play. “All I want to do – ever – is play chess,” he says.

October 1952 to 1956: Masters several languages so that he can ultimately absorb more than 1,000 books on chess theory.

October 1956: Defeats an International Master in a game so brilliantly played, it is dubbed “The Game of the Century.”

March 1957: Only 14 years old, stuns the chess world by obtaining a draw in a game with former world champion Max Euwe.

1959: Secretly threatens to murder Soviet champion Mikhail Tal – whom he claims is
harassing him in a tournament.

January 1964: Competing in the U.S. Championship, now 20 years old, achieves a
perfect score of 11 wins, no losses, and no draws—one of his greatest feats.

1965: Makes international headlines, engaging in a back-and-forth exchange of combative cables with Fidel Castro, over a tournament he is to play in Havana. Claims Cuba’s Prime Minister is using his participation in the tournament for propaganda purposes and threatens to drop out.

April 1970: In the World Championship Speed Tournament held in Yugoslavia, outplays all of the world’s greatest players. At the tournament’s end, rattles off all 1,000 moves of the games he played, an unprecedented memory feat.

July to September 1972: Match against the Russian World Champion Boris Spassky, which he ultimately wins, is seen as a metaphor for the Cold War. The match publicity (including worldwide television broadcasts and cover stories in Life, Time, and Newsweek) leads to a U.S. chess boom. Stores around the country sell out of chess sets. Bobby Fischer is acknowledged to be the most famous man on Earth.

October 1972 to September 1973: Refuses commercial sponsorship offers that will pay him upwards of $10 million, and turns down a $1 million dollar offer to play a match in Las Vegas.

September 1973 to 1975: Becomes involved in a cult, the Worldwide Church of God, tithing the Church large amounts of money.

September 1973 and Onward: Even though Jewish, begins reading anti-Semitic hate literature, such as The Protocols of the Elders of Zion.

1974: Fearing mercury poisoning, has all the fillings in his teeth removed. Causes major
embarrassment when his teeth begin falling out.

January 1975: Offered by the Philippines a $5 million dollar purse to defend his title against the challenger, Anatoly Karpov. His 132 conditions prove too much for the World Chess Federation, which strips him of his title.

Through the early 1990’s: Refuses to be interviewed or photographed. Money runs out and he subsists for years on his mother’s Social Security checks. Living in flophouses in Los Angeles, becomes more and more paranoid, believing the Soviets want him murdered for taking away “their” title.

September 1992: Comes out of 20-year retirement to play a match against Boris Spassky in Montenegro for a $5 million dollar purse. The U.S. government has established sanctions against the country and warns that if he plays he’ll face up to $250,000 in fines and 10 years in prison. In front of the world’s press, he spits on the government’s letter of warning. Wins the match and $3.65 million dollars, but an indictment is issued for his arrest.

September 1992: Lives as an exile in Serbia, Hungary, Switzerland, Japan, and the Philippines.

1992: Fearing for his life, travels constantly with bodyguards who carry automatic weapons. Wears a long heavy leather coat to ward off knife attacks.

1992-1993: Determined to find a woman who can breed a suitable offspring (thereby passing his brilliance along to future generations), pleads with Zita Rajcsanyi to marry him. When that fails, asks Zita whether her sister might be available for “breeding.”

1996: Interested in the structure of the criminal underworld, travels to Italy to meet with a member of the Mafia.

Sept. 11, 2001: Furious with the U.S. government, goes on the radio and applauds the attack on the World Trade Center and the Pentagon. It is one of the most hate-filled broadcasts in radio history.

July 2004: Arrested in Tokyo, ostensibly for attempting to travel without a valid passport,
but with the hidden agenda of extraditing him to the U.S. for violating U.S. sanctions in 1992. When he fights back, he is beaten and chained. His incarceration lasts 9 months.

March 2005: Granted Icelandic citizenship and lives for three years in Reykjavik as an Icelandic citizen. Refuses offers of millions of dollars to play chess and continues his anti-Semitic and hate-filled rhetoric.

January 2008: Dies in a Reykjavik hospital, refusing dialysis that will prolong his life. A friend believes the refusal is a form of suicide.

2010: Even in death, controversy surrounds Fischer. He doesn’t leave a will and there is an ongoing fight among four putative heirs to inherit his estate.

Listen to Frank Brady on Bobby Fischer’s rise and fall. 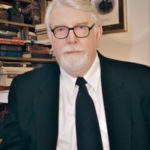 FRANK BRADY is internationally recognized as the person most knowledgeable about the life and career of Bobby Fischer.  Brady is the author of numerous critically acclaimed biographies, including Citizen Welles; Onassis: An Extravagant Life; and Bobby Fischer: Profile of a Prodigy (the first edition of which appeared in the mid-1960’s and focuses on the young Bobby).  Until recently, Brady was the Chairman of the Communications Department at St. John’s University, and he remains a full professor there.   He is also the President of the Marshall Chess Club and was the founding editor of Chess Life.