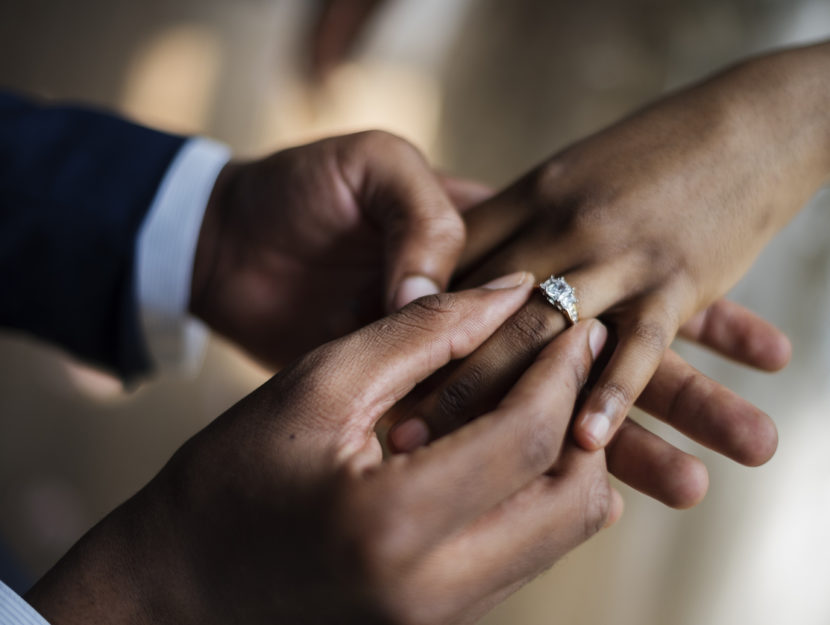 Now that Valentine’s Day has passed, we can get down to the real nitty-gritty truth about relationships with “Five Myths on How Men Approach Marriage” by Alex Wellen, author of Lovesick.

A woman tells her friends she’s engaged and there are celebrations in the streets. My congratulations! A man tells his friends and we roll out the funeral procession. My condolences.

Somewhere along the way, marriage and masculinity became mutually exclusive. Maybe it’s always been that way, but I don’t buy it. I’ve interviewed dozens of modern day grooms, young and old, gay and straight, some married for the first time, others on a second or third go-around. I spoke with them about how they approach marriage and many of their answers fly in the face of conventional wisdom. I’m surely not the voice for all or even most of them, but on behalf of some, and in response to women searching for answers, here are a few tidbits from our private, quiet exchanges:

“Do you consider yourself a ‘romantic’?” Most of the men I interviewed for Lovesick cringed at this question. A few sheepishly fessed up as technically qualifying, but not a single one embraced the word. Then each man proceeded to tell me an engagement or wedding story “romantic” by almost any woman’s standards. These men didn’t want to be branded “a romantic.” Somehow this suggested weakness, many said. But “being romantic” was perfectly acceptable.

Myth 2: Men are in no rush to pop the question.

Once purchased, the engagement ring can burn a hole in your pocket. They couldn’t wait to propose. They eagerly described their elaborate plans to pop the question. One man ripped his snow gloves off, pulled the family heirloom off his swollen pinky finger, and chanced it on the ski lift, proposing 500 feet off the ground. Another recreated his future wife’s favorite scene from Monsoon Wedding. One guy paid a photographer to hang out at the top of The Empire State building to take a snapshot of the proposal. There were Jumbotrons and aerial banners. Another paused at the 26-mile marker of the New York Marathon to get down on one knee. Others created DVD movies and multiple-choice videogames that built up to the final on-screen graphic: Will you marry me? The character in my novel also couldn’t wait to spring the ring even if that meant facing dire consequences.

Myth 3: Men don’t want to ask the father-in-law for his blessing.

True, most men dread this, and while it’s not always necessary and may feel a bit old-fashioned, many spoke about desperately wanting their father-in-law’s approval. Especially when it came to future father-in-laws with daughters only, many-a-soon-to-be groom secretly hoped to become the son this father never had. No one’s ever been good enough for a father’s daughter, and privately men want to be the exception. Men hanker for a father’s go-ahead. There is something rare and charming about a father rallying for his daughter’s boyfriend. I’m not sure I’ll ever forget what my father-in-law told me after I timorously asked for his permission: “I’m wishing you good luck, son.”

Most men want a wedding. A wedding is a fantasy for both the bride and groom, whether it’s a big, decadent, expensive affair or elopement to Las Vegas. But for many men, the fantasy means looking sharp in a tuxedo, riding in on a white horse, and sweeping his bride off her feet. Men typically think they don’t want to plan the details of a wedding, but when push comes to shove, they have very specific opinions about what they do and do not want. For example, I thought a photographer captured the essence of a wedding, but a videographer distorted the fantasy. My thinking was tablecloths and buffet station linens should match, but bridesmaid dresses didn’t have to. I also thought paying $15 per wedding invitation was criminal.

Plenty of men do. But plenty don’t. Of the men I interviewed for Lovesick, most were able to pinpoint a “light-switch moment” when it occurred to them that it was time to get this party started and purchase the ring. Sometimes it was something more subtle, akin to a dimmer rather than a light switch. One man described a casual conversation at dinner when his then-girlfriend started talking about how much fun they’d have doing this and doing that in the future. I could do this for the rest of my life. Another man described wanting to be financially secure enough to be able to afford the ring. Others talked about a family tragedy or a jealous incident that served as the kick in the pants. The vast majority discussed wanting a partner, an ally, someone who “didn’t play games,” and was committed to starting a life together.

Visit the author online at AlexWellen.com to request a free, signed copy of Lovesick 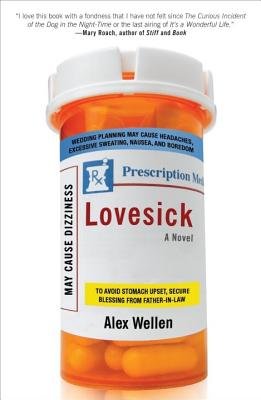 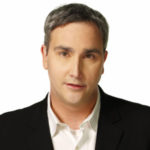 ALEX WELLEN is a writer, inventor, and Emmy Award—winning television producer for CNN who lives in Washington, D.C., with his wife and son. He is the author of the critically acclaimed memoir Barman. This is his first novel.