Michael Schofield, author of January First, shares the progress made in treating his daughter Jani's schizophrenia. A passionate and inspirational update.

By Michael Schofield, author of January First • 8 years ago 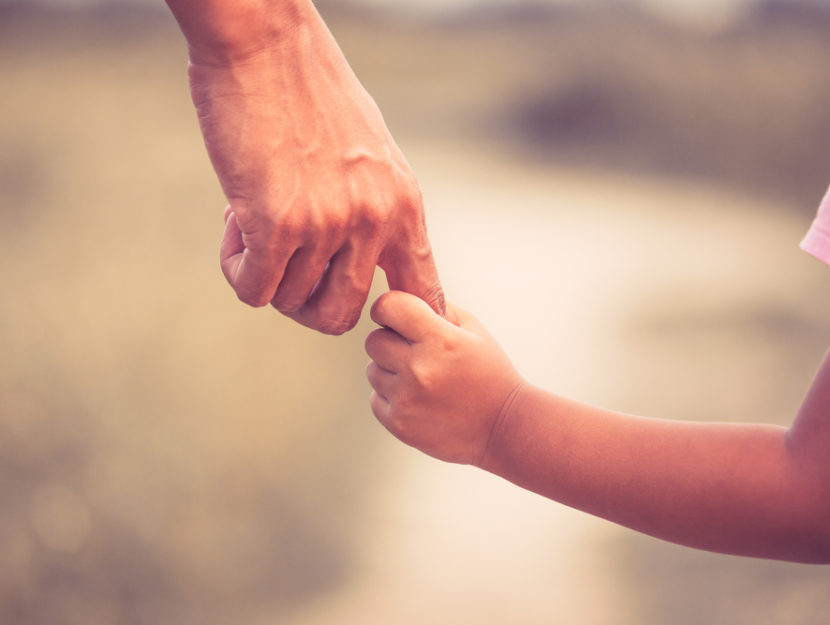 Jani  is ten now, and the truth is, I never thought we’d get here.

As I write this, it’s December of 2012, and it’s still hard for me to imagine what would have happened had her medication not worked.

In July of 2009, not long after the end, we’re living in two separate apartments when Jani is hospitalized again. The Thorazine dose needed to control her violent impulses is causing her skin to burn too easily (one of its side-effects). There is only one option left: clozapine.

Due to the risk of agranulocytosis (a dangerous drop in white blood cells), clozapine is the drug of last resort for the treatment of schizophrenia, used only when schizophrenic patients have proven to be “treatment resistant.”

The big difference between Imagination and Hallucination is that Imaginary Friends are within your control. Hallucinations have a mind of their own. The one we fear the most is “Eighty,” a twelve-year-old girl who encourages Jani to jump off buildings.

Clozapine is our last chance. I remember asking Jani’s then UCLA fellow what we do if clozapine does not work.

“Let’s not think about that,” she replied.

I wake up on the morning of August 8th, 2012, to Jani’s tenth birthday. Susan is sleeping with Bodhi in our bedroom and I’m sleeping in Bodhi’s bed in the living room while Jani is sleeping in her own bed in her own room surrounded by an aquarium of fish bowls and turtle tanks.

Bodhi, despite having his own diagnosis of mild to moderate autism, is not afraid of Jani. He loves her and she loves him. They both have a similar sense of humor and they even enjoy the same kid shows on television. Neither one will actually “sit” and watch TV, but instead both will happily jump on the mattress that was supposed to be Bodhi’s bed, but ended up as mine, during the early evening around dinnertime and before we all go to bed.

In many ways, Jani is a normal pre-teen girl. She’s in the fifth grade now. After a couple years of being taught during after-hours by several special education teachers and aides through a home hospitalization program, she just returned to her regular special education classroom with other kids who are also challenged by a variety of mental illnesses and autism.

She still has her hallucinations, but they’re no longer at the forefront of her mind. Sometimes she’s free completely when she’s so busy attending to her animals, cooking, or listening to music, but these are rare occasions. Mostly, they’re alongside her wherever she goes.

To meet her, you would not know she has schizophrenia or that she’s on staggeringly high doses of medication. The only thing that might seem unusual is that she repeats herself a lot and might tell you about one of her friends that you can’t see. But she’ll also tell you about her animals at home and actual classmates who are friends of hers at school.

Ironically, when she first started talking about kids in her class, Susan and I actually had to check with her teacher to make sure they were “real.” And yes, they were. For us, this is the final confirmation that Jani now lives in this world. Calalini still exists, but it’s more of a place where she’ll visit on occasion rather than actually live.

So what now? One future has arrived. What about the next one?

However, beyond this horizon is the dawn of puberty. Science still doesn’t understand the biological mechanism of schizophrenia, or how hormones will be affected by the onset of puberty. We do not know if Jani’s current cocktail of medications will still work in two, three, or four years.

But this is what I do know. Jani is receiving adaptive therapies that also help her cope with daily living activities, such as washing and rinsing her hair when she takes a shower. She struggles with this simple act that so many kids her age can do and this is where our focus is right now.

One of Jani’s favorite songs is “Dog Days Are Over” by Florence and the Machine, and in so many ways this song encompasses her life so far . . . the “dog days” are indeed over, but the “horses” are still coming. 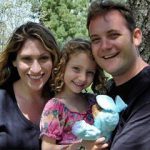 MICHAEL SCHOFIELD has an MA in English and teaches writing courses online for California State University at Northridge. He and his wife, Susan, are co-founders of the Jani Foundation. Michael lives with his family in Valencia, California. Visit JanisJourney.org for videos and photos of Jani and her family’s journey.

MICHAEL SCHOFIELD has an MA in English and teaches writing courses online for California State University at Northridge. He and his wife, Susan, are co-founders of the Jani Foundation. Michael lives with his family in Valencia, California. Visit JanisJourney.org for videos and photos of Jani and her family’s journey.