Which Imperfections Do We Accept, and Which Are Too Much?

By ELYSSA GOODMAN • 2 years ago 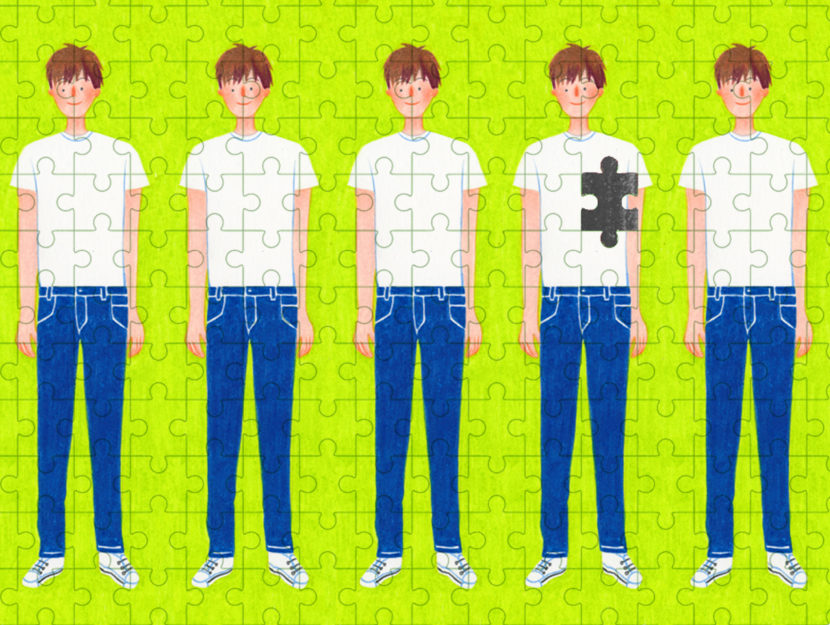 Hunched over Ada Calhoun’s Wedding Toasts I’ll Never Give, I sat wide-eyed as the subway barreled through New York’s underground, clattering and clanging with that signature noise so all-encompassing it’s somehow easily ignorable. I wrapped my hands around the edges of the slim purple tome as Calhoun shared with me some real talk about marriage. This was, of course, the point of the book, but I don’t think I knew just how real it would be.

In the book, inspired by an essay she wrote for The New York Times Modern Love column, Calhoun shares the stresses and frustrations but also the beauty and companionship that come with marriage. She discusses the time she and her husband both flirted with cheating; the times, seething with rage, they almost gave up on their marriage; the times she gets bored. My 20-something mind lurched in response.

“You mean…you made out with…someone else???” I wanted to say to Calhoun, metaphorically clutching my pearls and grasping my purse to my chest like a 1950s housewife. “Does your child know you get annoyed with him, too? Do you walk out the door if you’re frustrated? Are you ever worried you don’t want to stay?”

But she also discusses the times she feels most alive, sublimely happy, and fulfilled despite the existence of these other moments. To my naive questions, she would probably answer, “Yes, but we worked through it.” There are things Calhoun and her husband have worked through, we learn upon reading, that have destroyed other marriages. Ultimately, she shares, marriage is the decision to stay even when things seem to get insurmountably hard. Or, as she writes, “Be nice. Don’t leave. That’s all.”

I had originally picked up the book not just because I love Calhoun’s writing—her book St. Marks Is Dead is also excellent and utterly unputdownable—but because earlier that year, I’d been asked to be the maid of honor for my friend Alissa’s wedding. I wondered if there was, in fact, some inspiration I could glean for a wedding toast I myself would give. What could I say to Alissa and Ian, her husband-to-be, that hadn’t crossed the lips of every once-upon-a-time sorority girl with vocal fry—something neither of us had ever been—remembering the good times in Cabo? I had known Alissa for nearly 13 years by the time I started reading the book, and she deserved better than that.

The passage that struck me most was Calhoun’s recounting of the Sanskrit story, “The Episode of Five Nalas,” from the book Naishadhiyacharitam by 12th-century Indian poet Sriharsha. In this story, Princess Damayanti hopes to marry King Nala, but first, she must pick him out of a lineup of five: four are gods pretending to be him; one of them is the real man himself. Damayanti struggles with the choice but discovers who the king is by realizing who the gods are: they float effortlessly and don’t break a sweat, while the man of her dreams is ultimately human. He has imperfections. He sweats.

There had been some sweat in my own life at the time. A few months earlier, I thought my relationship might have reached a breaking point. It seemed like the things my boyfriend and I wanted were just too different: a city dweller by temperament and preference, I would have to be fully lobotomized to move to the suburbs and raise a family as he so desperately wanted; I would be delighted to have just one child, while he wanted two; but more than anything, I didn’t understand why it was important to have these discussions yet at all. By that point, we’d been together just over a year and a half, and we didn’t even live together. Couldn’t we just let our lives happen and figure it out later?

This ultimately would be our fundamental difference. The structure of my existence thus far had taught me it’s better to not plan too far ahead because life will just laugh and slap you in the face. For him, it was important to make a plan for everything beforehand. Neither of us were willing to change our point of view for the other. Yet, on a sweaty September afternoon, through many tears (really just mine), we decided to table the discussion to a later date. If we really wanted to be together, we would figure it out.

One day, in particular, I cried on the phone to my mother, and I told her the story of Damayanti and Nala.

“Yes,” she said. She herself had told me she had to kiss a lot of princes to find her frog: my father, to whom she’s been married for 32 years. “But how much imperfection is too much?”

This was the first serious relationship for both my boyfriend and for me, and I don’t think either of us knew when to cut our losses. Relationships are hard, I’d always been taught. But how hard were they supposed to be? You still had to be getting goodness out of them. You still had to be happy some of the time. Calhoun and her husband were married; my parents were married. They’d made a formalized commitment to each other and had a child together. Their stakes were different. If my boyfriend and I were this unhappy now, it would only be sheer misery in the future.

A few months later, he broke up with me, almost two years from the time we met. I didn’t stop him. I knew it was the right decision. But even so, I closed Wedding Toasts I’ll Never Give for a while. I didn’t want to read about the struggle and reward to make things work. I didn’t have the energy.

Recently, though, I reopened and finished it. I still love the book, how Calhoun reveals intimate truths from her marriage to shed light on the concept’s larger social impact, and I still love the story of Damayanti and Nala. Yet I think the biggest lesson I take from it is not to accept just any imperfections in any partner—the imperfections have to be the right ones for you, the ones that balance your own, the ones you’re not just willing to live with but even excited to live with because it means you get all the non-imperfection parts of the person you’ve chosen as well. I’m happy to continue my search among the gods.

This is Part 4 of our Love, Stories series. Read the others here! 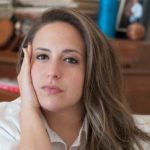 ELYSSA GOODMAN is a freelance writer and photographer. Her writing has appeared in Vogue, Vanity Fair, T: The New York Times Style Magazine, VICE, ELLE, New York Magazine’s The Cut,i-D, them., and many more. Photography clients and publications include Sephora, The New Yorker, VICE, Artforum, and Cosmopolitan, among others. Elyssa also hosts the monthly Miss Manhattan Non-Fiction Reading Series (named after her blog, Miss Manhattan), featured in The New Yorker, Vanity Fair, and more. Twitter/Instagram: @MissManhattanNY