Don’t Ask Me What My Favorite Book Is

Or, answering the impossible question. 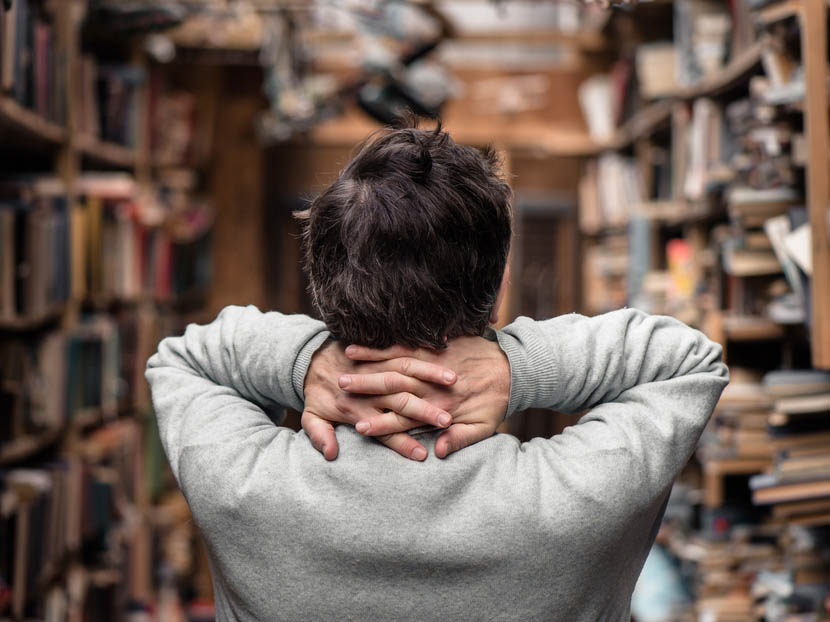 The problem with naming one’s favorite book has less to do with the futility of reducing all literary experiences into one representative title and more to do with the inexactitude of the question. The query “What is your favorite book?” is too vague, too open-ended to be answered by any serious reader. But if the inquiry were amended to, say, “What are your most significant reading experiences?” or “What do you think are the most historically important books?” or “What are books that had, at the time, a major impact on you as a person or as a reader?” Now these questions may have some answers—maybe not one but at least these are much more conducive to responses.

Because it is an often unacknowledged aspect of a literary education that one’s Significant Reading Experiences (SREs) are not necessarily the same as one’s Personally Inspiring Reads (PIRs), which both are not necessarily the same as one’s view of Historically Important Books (HIBs). Obviously there are loads more categories of reading; I’m merely using these three (and really I’m only going to discuss the first two, because, really, arguments about HIBs are better suited to other formats, and plus can be a little boring) to demonstrate how a book can be memorable, significant, unforgettable, life-altering—and still not be something we’d list as a favorite.

In my case, one of my SREs is a novel that I now practically abhor, a narrative whose sole purpose is to extol a dangerous and malicious philosophy, a book in which the characters are less human beings and more ciphers for the author’s rampant didacticism. The novel was Atlas Shrugged, and at sixteen, my best friend Eric bought me a copy of Ayn Rand’s 1000-plus-page opus. We’d hung out at a bookstore a few days before, and I, not knowing anything about Atlas Shrugged other than its status as a “classic” and its size—both of which piqued my self-perceived precocity—mentioned wanting to read the book, in a kind of tone that suggested I wasn’t sure I could undertake such a task. Eric was older than me, six years older, I think, and also my mentor, so his gifting of the novel was both encouragement and faith in me: You can do it, the gift said. And I’m so certain of it, I’ll spend money I don’t really have to help you accomplish it. It was a lovely and meaningful gesture, a quiet kindness, and if only to meet Eric’s expectations, I opened the first page and began to read.

And what I found—again, at sixteen, in high school in Ohio, wanting to be a writer but still shaky in my confidence—astonished me. It was a mystery story, an immense one: brilliant minds all over the world begin to disappear without a trace. Scientists, philosophers, inventors, successful businessmen—all vanish one by one. Meanwhile, there is Dagny Taggart, stalwart Vice President of a major railroad company, dealing with myriad drama involved in the dystopian government’s collectivist intentions, and forced to solve the mystery of the missing geniuses. Her search leads her to the enigmatic (and once-thought mythic) figure of John Galt, the embodiment of Ayn Rand’s philosophical system, Objectivism.

And what is Objectivism, you might ask? Well I’ll let Mr. Galt (from his 69-page speech) explain to you, as he does the whole world, just who he is:

And so on. Objectivism is based wholly on reason, how it is the only tool with which mankind can attain truth and success and happiness, and that it should be everyone’s aim in life to make themselves happy and that reason is the way to do this and that selfishness and laissez-faire capitalism are paragons of the human condition instead of slow demolishers of it and that anyone who disagrees is a frightened, weak, intellectual inferior parasite on the great minds and determined innovators who are—come on let’s admit—the real fucking engines of the world and that the parasites should all basically go die in a train crash.

Does that sound hyperbolic? It isn’t. Ayn Rand was a writer who said—for real—“In regard to precision of language, I think I myself am the best writer today,” and who despised, or at the very least completely disregarded anyone who wasn’t Great, and in a scene of actual psychopathy, Rand describes the individuals aboard a moving train, each one representative of some form of parasitic hypocrisy, and then kills them all in such a way as to pretty much suggest that they deserved it. Her writing is cold, calculated, and too precise to render emotionally, and her characters are so flat and uncomplicated they’re useful only as examples of why someone who espouses reason above anything else maybe shouldn’t write fiction.

The point, though, is that as a teenager I was thoroughly convinced of Rand’s assertions, probably because Atlas Shrugged was one of my first sustained readings of a (however reductive) philosophical text, and maybe mostly because Rand was, like me, an atheist, which wasn’t something I came across a lot in my hometown in Ohio. Her amplified language and indignant rhetoric perfectly captured my teenage angst, my conviction in my own brilliance and in everyone else’s inferiority—which was really just a façade of my other, secret conviction in my own fraudulence and in everyone else’s self-acceptance. Atlas Shrugged, then, depicted a world I wished were true in some vague sense, where atheistic intellectuals were the heroes, where global mysteries relate not to espionage or terrorism but critical thought. It also awakened in me a love of big and enigmatic narratives (from Gravity’s Rainbow to Infinite Jest to 2666) that still fills me with readerly giddiness but that, obviously, stemmed just as much from how I thought those novels reflected me and my intelligence. Atlas Shrugged, according to Rand, was the embodiment of her philosophy; but for me, Atlas Shrugged the book—as in the actual physical object—was a synecdoche of my own self-regard: having read it was just as important to me as whatever one is supposed to get out actually reading something.

It seems worthy to note, again, the origin of my reading Atlas Shrugged: it was a generous, thoughtful gift from a friend. The novel and the novelist would have balked at such kindness, such altruism, so if the world were more like Ayn Rand wanted it to be then I probably would have mercifully avoided her grandiose and self-aggrandizing description of it.

This is what’s so incredible about art—the variety of its experience—and yet it also means it’s experientially untransferable, so that no matter how hard we try, no matter how many times we shove a book into people’s faces, they’ll never get what we got.

And so although the experience of reading Atlas Shrugged was formative in all kinds of ways, I would never cite it as a favorite novel. Now I can barely stand to read Rand’s chiseled-into-stone prose, I’m altogether appalled by Objectivism and its view of humanity, and I’m embarrassed at my naïve conversion to its tenets. But was it, undeniably, one my Significant Reading Experiences? Yes. Do I like that fact? Definitely not. But it’s certainly a more ready-made answer if someone asked me, not of favorites, but of SREs.

Because SREs don’t have to be beloved volumes—the term’s very phrasing detaches any personal or emotional investment from one’s consideration. What matters is significance and impact, and no reader can claim they don’t remember a good number of books that, while reading, they understood, if only in some vague, inarticulate sense, were doing something new, something that plants a marker in their minds, at a rift, but not of before-and-after but just after, because the book changed them so much the before doesn’t seem to matter much anymore.

Personally Inspiring Reads, on the other hand, are those books with which you have an intimate relationship, which can, of course, take many forms: a childhood favorite worn from rereading; a novel whose protagonist’s predicament eerily matches your own; a story that comforted you through tragedies big and small; a work that somehow encapsulates all or nearly all of what you love about literary art, just nails it right on the head. These, too, can be embarrassing, but the shame here is present tense rather than past and thus much more vulnerable. Of course, they can also be those books we’re always recommending to people, never realizing that the serendipitous circumstances that lead to its deep, personal meaning for us may not—in fact probably will not—happen for other people. In part, this is what’s so incredible about art—the variety of its experience—and yet it also means it’s experientially untransferable, so that no matter how hard we try, no matter how many times we shove a book into people’s faces, they’ll never get what we got.

It is, while we’re talking about it, for this reason that most of the time conversations about books are kind of useless, because there’s this weird disconnect between the people talking, like, yes, they’re describing the same books, they’re recounting the same plot points, and even commending it for the same virtues—and yet, there is underneath a defeated futility, not about the book’s value or the conversation’s utility, but, rather, the now-apparent (because you never really realize this until you begin to try) disparity between what you experienced reading the book and how you attempt to describe that experience. They simply do not match. I’m a literary critic, I’ve written hundreds of thousands of words about books and I still don’t think I’ve ever come close to accurately capturing what it’s like to actually read a book—not the sitting there or the eye movement or even the brain’s thinking. No, what remains linguistically elusive is that internal rhythm, that pulsing of simultaneous recognition-education-exultation-fascination, that seems not like a soundtrack to the language but the music of it, the beat and the tone and the tempo all orchestrated by the push and the pull of the prose, and yet is also extracting something out of you in order truly make it sing, the words like eager musicians and our hearts their borrowed instruments. The magic of literature is that this music, this song, is ours and ours alone; the tragedy is that, more often than not, no one else can hear its beauty.