Denis Johnson Reads the Notes from the Margins 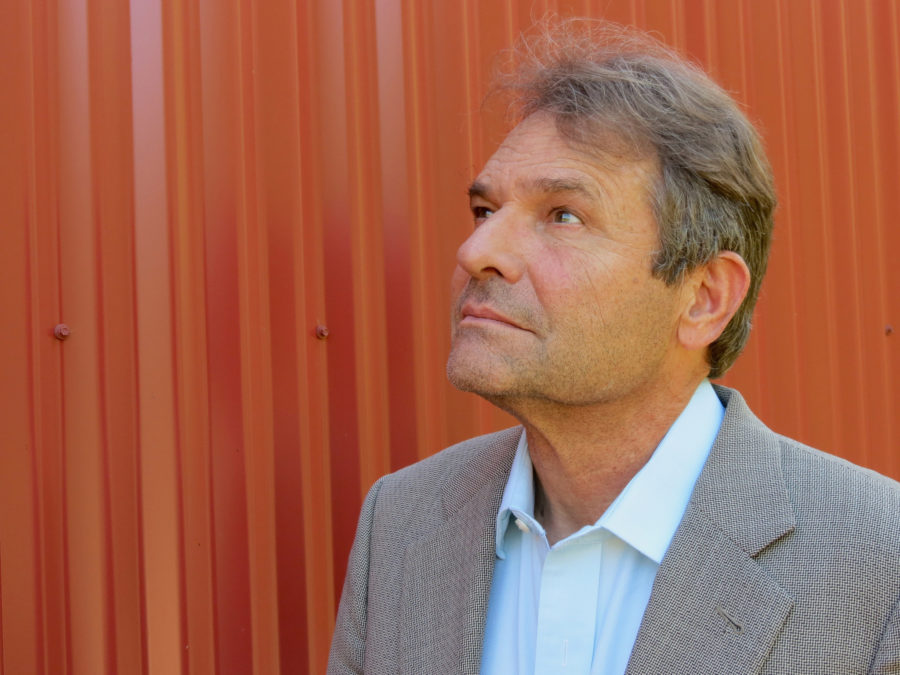 “I note that I’ve lived longer in the past, now, than I can expect to live in the future. I have more to remember than I have to look forward to. Memory fades, not much of the past stays, and I wouldn’t mind forgetting a lot more of it.”

—Denis Johnson, The Largesse of the Sea Maiden

In 2009, around the time his novel Nobody Move was published, I went to see Denis Johnson read at Harvard. The faculty member running the event, the brilliant fiction writer Bret Anthony Johnson, was a friend of my friend Reyna Clancy, another great writer, with whom I tagged along. Johnson was already a legend in contemporary literature, his short story collection from 1992, Jesus’ Son, a mainstay at MFA programs and on the shelves of wannabe scribblers. But Johnson was no one-trick pony: his work before Nobody Move, the novel Tree of Smoke, won the National Book Award and was shortlisted for the Pulitzer Prize. Seeing him read was, in my mind, an intimidating experience.

Standing at the lectern, Johnson also held an imposing presence. In my memory he was kind of big guy, wearing a tweed blazer and no tie, but weirdly reminded me of Huey Lewis in his cameo in Back to the Future. An old hat at public appearances, Johnson appeared comfortable, even jovial as he sampled from the pages of his latest novel. I tried to imagine having a career like Johnson’s, commanding artistic respect and acknowledgment everywhere I went and reading at places like Harvard University. I wondered what it would be like to have published so much acclaimed work, over such a long period. I doubted that there were any drawbacks, any peccadilloes that come with the job.

Luckily Johnson gave me an unexpected glimpse. Though he read from Nobody Move, Johnson said he wanted to take this opportunity to read some of his poetry. Being much less familiar with his verse, I grew interested in seeing what a terse novelist would bring to poetic writing. But before he even opened the book in front of him, he intoned a brief preamble. He said that he found the book in his hand, his 1982 poetry collection The Incognito Lounge, at a used bookstore somewhere, and that when he found it and opened it, he was delighted to discover all these little notes in the margins of his poems. Some of them were complimentary; some decidedly not. What he wanted to do, he said, was read some of the poems as well as the liner notes accompanying them.

So, not only did Johnson read some of his poems with a stranger’s commentary stuck to them, he also read poems he’d written over 25 years before. As he read it became clear that he was embarrassed at his phrasings, his pretensions, his overwrought imagery, his…well, his youthfulness. He’d slyly grin as a particularly clunky metaphor bounced from the page to his lips…he’d squint at certain lines, too just-so to have not been written by anyone other than an ambitious young author…

…and then he’d read the notes from the margins…and these were by turns hilarious! damning! mean even! The random thoughts of this stranger—who never once in his or her life ever imagined that the writer himself would see or read or (imagine!) publicly display them!—ran parallel to the poetic visions of young Denis Johnson, a person with some remove from the man at the podium before us. Sometimes Johnson, after reading an especially cruel note, would guffaw at the temerity of this reader! How could they have thought such and such a line was that bad? Standing there at that moment, Johnson didn’t think it was too awful…and he’d be the first to admit it if it was!

It seemed to me, as I watched all this unfold, that there were three Denis Johnsons in the room that night: the young poet, eager to achieve and to write really, really, really good poetry; the successful writer, pushing 60, who’s accepted who he is and what he can do; and then there was the little voice in Johnson’s head in the form of those notes. This was the Johnson who probably lived concurrently with both of the other ones, the doubting voice that questioned every single line of poetry he wrote, and who pooh-poohed the ambitions of his fiction…this was the Johnson that could have kept him from writing, from publishing, and from influencing a generation of writers and strivers and strugglers and scrappers to whom Johnson’s work is preeminent…this was—this is the voice that lives in every artist, every person…the irksome meddler of our true potential.

And as these three Johnsons appeared before me, before Bret, whose career was just about to explode, before Reyna, whose career should explode—Johnsons three versions were also somehow just one Johnson, in the same way that Bret, Reyna, and myself—all at hugely varying places in our writing lives—were just one person, but not because we weren’t unique, but because we all of us shared at the precise second a trait in common with this great writer: the doubts that plague us, that live in the margins of our successes, that clamor onto the top of any disastrous heap to claim credit…and here was the great man just laughing it all off! Acknowledging the misgivings that always persist (as well as the legitimacy of those doubts! Sometimes our ambitions are too high!) while suggesting, by his presence, the in-the-end futility of that snickering Judas. Johnson, even though he might have merely been putting on a lark, showed me something profound at this reading: no matter who we are, the final form that we present to the world will always have notes in the margins, ribbing us, doubting us, reminding us of past mistakes or the potential for more in the future, and though these notes may be invisible, they are as big and obvious and real as the imposing man at the lectern at Harvard.

Denis Johnson died yesterday, May 25, and when I woke up to the news, I immediately sat down to write this piece, as if it had lived in my head, complete, since the day I saw him in person. I am grateful for Johnson’s beautiful and unflinching writing, of course, but I’m extremely thankful for the lesson he taught me that day, of persisting through the certainty of failure, and realizing that those voices are really nothing more than a stranger, making notes on your work in some city somewhere…and that the real truth is that the stranger could never have gotten his hand on your book if you didn’t write it in the first place…