Spoiler alert: all of his books are extraordinary.

By Courtney Allison • 1 year ago 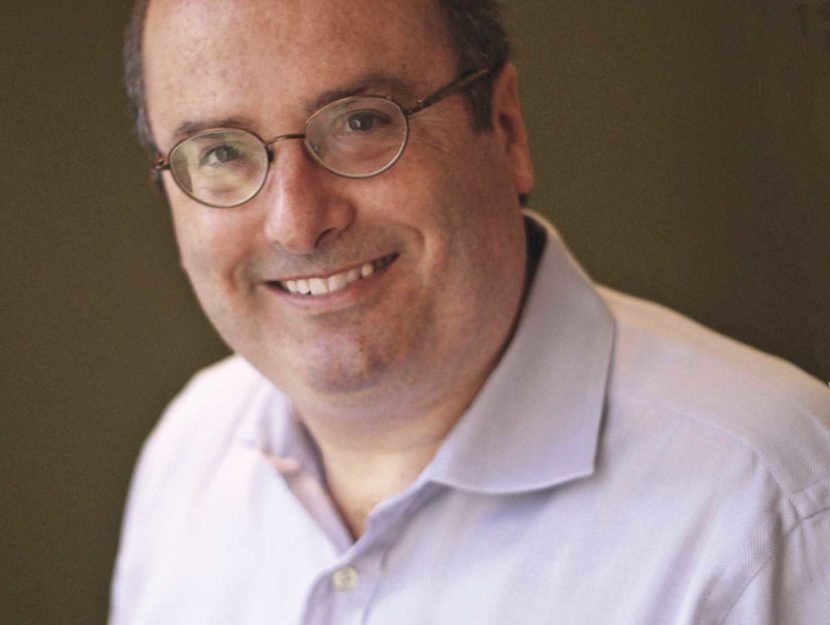 It’s been six years since I left book publishing, where I worked as a book publicist for eight years. But last spring, after my book club chose David Grann’s The Killers of the Flower Moon: The Osage Murders and the Birth of the FBI, the chilling true tale of greed, exploitation and murder in the 1920s, I felt some of the book publicist in me return.

“Have you ever heard of David Grann?” I asked anyone who would listen—coworkers, friends, my family, my partner, his family, people on the subway reading a good book, and then our dog when no one else would listen. “You must read this.”

By my estimate, I’m responsible for the sale of at least ten copies of Grann’s masterpiece, probably more, because I’m confident I recruited more Grann die-hards in my efforts. Killers of the Flower Moon reads like fiction, or even one of the best episodes of Law and Order. With each new revelation as the mystery deepened, or old photograph reveal of a suspect, I swear I heard ominous music in my head. The heartbreak of it all is that it’s true.

Grann tells the story of murders that plagued the Osage Indians in the early 20th century, focusing on the family of Mollie Burkhart. Mollie, like her parents and her sisters, were among the registered members of the tribe which meant, according to Grann, that they possessed a fortune. He writes, “In the 1870s, the Osage had been driven from their lands in Kansas onto a rocky, presumably worthless reservation in northeastern Oklahoma, only to discover, decades later, that this land was sitting above some of the largest oil deposits in the United States.” Prospectors had to pay the Osage for leases and royalties, and over time, the dividends grew until it was in the millions. In 1923, the Osage were considered the wealthiest people per capita in the world.

Many of the Osage, including Mollie, had beautiful homes, servants, and several cars. When her sister, Anna, disappears, Mollie is distraught. Anna’s body is soon found in a ravine—she had been shot, execution style. Another Osage man is also found murdered at around the same time, leaving the community to wonder if they are linked. Grann follows Mollie’s surviving family and the tribe as the murder count grows and more Osage die under mysterious circumstances. Many of those who investigated the crimes were themselves murdered.

The case was soon taken up by the newly created FBI and its young director, J. Edgar Hoover, who recruits a former Texas Ranger named Tom White who put together an undercover team, including a Native American agent. Grann dives deep into the mystery, as the team, together with the Osage, began to expose a conspiracy, and his writing spans across American history and this last remnant of the Wild West.

Eventually, Grann visits the Osage nation today, where the scars are lasting, and it becomes disturbingly clear how recent this history is and how it informs the present.

Grann has a way of teasing a story out and including meticulous details that never slow it down. These details are hauntingly beautiful at times, and bring a story nearly a hundred years old to life. Anna is buried in a “quiet, isolated spot overlooking the endless prairie.” The word “endless” made me pause while reading—this seems to be the perfect, simple word choice to describe the prairie, and the desolation of Anna and her family. So much of Grann’s intentional and rhythmic writing is like this.

His other books are packed with this same level of detail and suspense. In his latest, The White Darkness, Grann takes readers to the Arctic to follow the trail of Henry Worsley, a devoted husband and father and decorated British special forces officer who idolized Ernest Shackleton, the 19th century polar explorer. Shackleton tried to become the first person to reach the South Pole, and later sought to cross Antarctica on foot. Though he never completed his journeys, he repeatedly rescued his men from certain death and emerged as one of the greatest leaders in history.

Worsley was descended from a member of Shackleton’s crew, and became obsessed with following in the great explorer’s footsteps. This obsession took him to Antarctica, with two other descendants of Shackleton’s crew, where they battled the freezing, desolate landscape and life-threatening physical exhaustion. They returned safely, but he felt compelled to go back and in 2015, he bid farewell to his family and embarked on his most perilous quest: to walk across Antarctica alone.

The story is harrowing, and like all his work, Grann excavates every detail. When describing the training for the Special Air service that Worsley signed up for to improve his endurance, Grann illustrates how challenging it is: “According to legend,” Grann writes, “after two candidates lost their lives during a test in 1982, the chief instructor remarked, ‘Death is Nature’s way of telling you you’ve failed.’” The blistering conditions of the Arctic are also described in excruciating detail, with its unpredictable storms, wind, hidden crevasses—and also the allure the forbidding region held for Worsley.

Worsley’s drive and unshakeable desire for adventure mirrors the traits of another explorer Grann chronicled famously in The Lost City of Z. In this true story, the Amazon, rather than the Arctic, is the object of legendary British explorer Percy Fawcett’s obsession. In the early 1900s, Fawcett had been recruited by the Royal Geographic Society, where he had trained, to literally map the uncharted territory on the borders of Peru, Bolivia and Brazil. He developed a theory that the ruins of an ancient city, which he named “Z”, lay buried in the jungle. Fawcett became obsessed with finding this fabled lost city and in 1925, he ventured into the Amazon with his son and his son’s friend in search of Z. They never returned. Grann sets out to discover what may have happened to to Fawcett and his party and if the city he sought could possibly exist. Fawcett captured the imagination of many before Grann, and most who entered the Amazon seeking to discover his fate did not return.

Grann again here shows his mastery of details. Whether describing the origins of the Amazon River (“How easily the Amazon can deceive. It begins as barely a rivulet, this, the mightiest river in the world…”) or his own slightly bumbling trip to an outdoors store to prepare for his journey to the Amazon, the details enrich the story and sometimes add humor. Often though, these details are grim. He drops them quickly, and as a reader you are left still recovering as you move to the next paragraph, such as this startling line: … in the race to find the source of the Nile, John Speke had gone nearly blind from an infection and almost deaf from stabbing a beetle that was boring into his ear canal.” Just think about that for a moment. And the many other horrors that can be inflicted by the Amazon, where nature is the clear winner over man, like from piranhas or even more fearsome, the candiru (look them up if you dare), or anacondas, also receive their due by Grann.

Another collection of Grann’s, The Old Man and the Gun, includes the essay “True Crime,” about a twisted murder case, which I must confess I had to skip when rereading some of his work because I remembered how much it terrified me the first time around. But I found the line that I couldn’t forget: “A pathologist determined that the victim had virtually no food I in his intestines, which indicated that he had been starved for several days before he was killed.”

The other essays in that collection, “The Old Man and the Gun: The Secrets of a Legendary Stickup Man” and “The Chameleon: The Many Lives of Frederic Bourdin,” are equally unforgettable though less traumatizing. “The Old Man and the Gun” introduces readers to Forrest Tucker, a man who robs banks well into his old age, and whom Grann visits in prison to learn his story, which is captivating, and also sad. “Everyone says I’m smart,” Tucker tells him. “But I’m not smart in the ways of life or I wouldn’t have done the things I did.” And Grann describes his voice as “almost a whisper” when Tucker tells him: “I wish I had a real profession, something like the music business. I regret not being able to work steady and support my family. I have other regrets, too, but that’s as much as one man can stand. Late at night, you lie in your bunk in prison and you think about what you lost, what you were, what you could’ve been, and you regret.” Robert Redford played Tucker in the recent film adaptation, and he’s perfect.

“The Chameleon” is about another criminal, Frederic Bourdin, who impersonated children to “insinuate himself into youth shelters, orphanages, foster homes, junior high schools and children’s hospitals,” and whose trail of cons extended across Europe and America. In one instance, when he was nearly caught, he protected his ruse by posing as a child who had gone missing, convincing even the family for a time. He admits to himself he had crossed his own line into cruelty. But just like for Tucker, Grann spends the time to understand the humanity behind the criminal and what drove him— Bourdin, through it all, seemed in search of a home.

Somehow I hadn’t read The Lost City of Z until this summer, and what a treat it was to have that sense of discovery all over again, with that same familiar feeling of absorption that all of Grann’s stories command. Hours went by that I barely registered, I was so engrossed in Grann and Fawcett. Grann inserts himself a little more than usual in this story, sharing, “While most of my articles seem unrelated, they typically have one common thread: obsession. They are about ordinary people driven to extraordinary things—things that most of us would never dare, who get some germ of an idea in their heads that metastasizes until it consumes them.” He admits that maybe there is some of this in him, particularly when reporting on a story. He describes how he has been drawn to mystery and adventure tales since a young age, ones that possessed what the writer Rider Haggard called “the grip.” For me, and so many readers that adore him, David Grann’s stories are that grip.

COURTNEY ALLISON is a writer and editor who previously worked as a book publicist at Penguin Random House. She has a B.A. in English from Fordham University and enjoys reading, especially short stories, and pretending to herself that she runs and goes to yoga more often than she actually does. She also loves traveling, cooking and hanging with her adorable nephews. She lives in Brooklyn, NY.