Why Creepy Neighbors Are Perfect for Domestic Thrillers

What happens when a neighbor is too close for comfort? A thriller is born.

By ALLISON DICKSON • 2 years ago 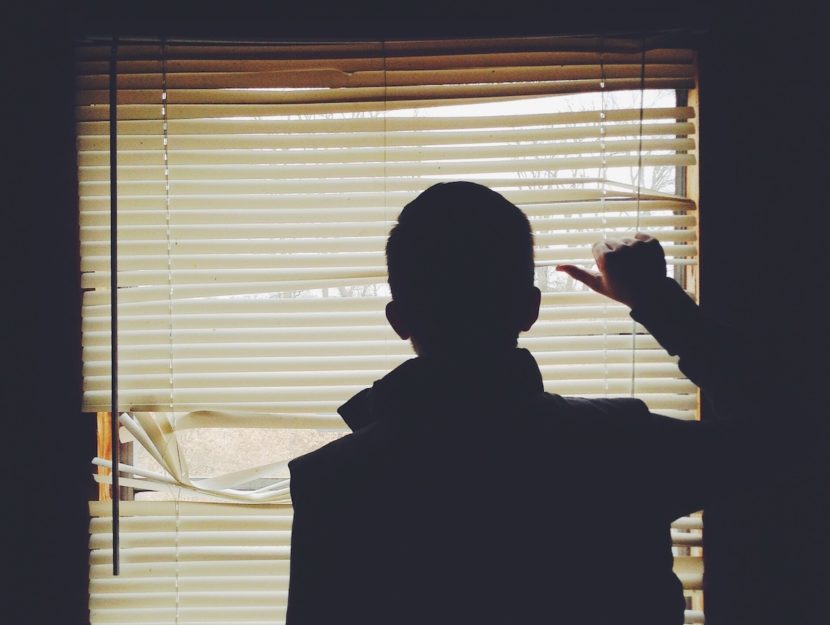 In all the myriad ways humans mingle and interact, the relationship between neighbors is closer to family than almost any other. Now you might be ready to say, “Hold up there, Allison. There’s no way you’ll convince me that the beer-swilling guy next door who refuses to paint his peeling trim, keeps the Christmas lights up until April, and refuses to leash his dogs when he takes them out for walks is anything close to my sweet Aunt Mildred.”

Well, that may be true. But your sweet Aunt Mildred like as not has neighbors of her own, and she might just agree with me. Let’s break it down.

For one thing, like your blood relatives, you don’t really choose your neighbors. You found an abode to buy or rent in your town. The price was right, the schools were great, and it was the perfect commute to your job, so you moved in. The neighbors, whether they’re like your dearest granny who makes the best cookies, or that uncle who gets a little loud and racist once he’s had too many whiskey sours at Christmas dinner, are the ones you’re stuck with. And similar to your family, your fates with your neighbors are bound by the mutual interests of keeping the peace so everyone can enjoy a harmonious life. That means maintaining a respectful volume at parties, mowing your lawn before it tickles your shins, removing your garbage cans from the curb within a day of pickup, and so forth, all while hoping they’ll do the same. The dance might be a little different than, say, humoring your mother’s disdain for salt in her cooking, or tolerating your sibling’s jerk of a spouse so you can keep seeing your nieces and nephews at holiday gatherings, but they’re both offshoots of the same “go along to get along” human tango, the price of living among our own species.

That said, the one thing that might make your neighbors more interesting fodder for a thriller than family is that when relations turn sour on the other side of the street or fence, there’s no easy way out. You can usually hang up on problematic family member and ignore their calls for a few days, but the dwelling next door and your new mortal enemy living in it isn’t going anywhere. Whether by lease or mortgage, you’re both invested for the long term and have staked your claim. You have to find a way to resolve things, or risk of becoming a prisoner in your own home, Door Dashing and Amazoning your way through the consumer landscape in the hopes of avoiding them.

Unless you can come to a friendly resolution in your neighborly dispute, life can get stressful in a hurry. You might start noticing things like stolen newspapers, complaints from with the homeowner’s association, cops showing up on your doorstep for the smallest of infractions, like having your radio a touch too loud when washing your car. And that’s the tame stuff. From the fire department being summoned to a harmless cookout, to someone’s plants mysteriously dying after a dispute over who should remove a troublesome tree that rested on the property line, to poisoned pets being found on doorsteps, the internet is filled to the brim with stories of neighborly relationships turned toxic. We all have stories of our own to tell, and we’ve almost certainly heard of worse ones from other friends or family. When it comes to sharing adjacent parcels of land or apartment walls with strangers, the conflict comes baked in, and the scene is already set. Life has a way of filling in the blanks.

Perhaps it’s the solitary writer in me, but I tend to keep to myself, and it seems most of the neighbors in my life wish to do the same. Following that initial introduction, provided it ever happens at all, we tip waves to one another as we’re coming and going and do our best to keep up appearances, but forming genuine friendships is both difficult and rare. I sense it’s because of the knowledge we all harbor, that getting too close to someone who lives mere feet from your doorstep comes with risks. When I wrote The Other Mrs Miller, I envisioned what exactly might happen when two neighbors became too close to one another. As the stakes grew higher and higher, it was all but guaranteed no one would get out unscathed. Because the truth is, similar the genes that bind families together, there is an invisible umbilicus connecting the residences on every street, and even though years could pass before you’re ever forced to acknowledge it, a day might come when someone knocks on your door. It’s your neighbor, and she needs something. Any other day, she might have reached out to her spouse or a family member, but circumstances forced her to look next door or across the street. And before you know it, you’re pulled into her orbit. Perhaps your families meet. You exchange phone numbers and social media accounts. You have meals together, trade recipes, loan one another lawn equipment, help each other out after a bad storm wreaks havoc on your street. You feel safer in the knowledge that someone you value and trust lives only a few quick steps away, especially in times when forging interpersonal connections such as these seems to be rare.

But then something happens. A borrowed item isn’t returned, a party gets out of hand, a few too many secrets are shared, and you’re forced into a test of loyalties. Or perhaps they reveal a belief that clashes deeply with your values, and you realize they aren’t the person you thought they were. You no longer want to be friends, but their proximity prevents you from ghosting them, and if you try to be frank, you risk an ice age settling over your street that could stretch on for months or even years. How we deal with these issues usually ends up being quite mundane in real life. But in fiction, we can come up with all sorts of wild ways to test the strength of the fences that Robert Frost once wisely proclaimed make good neighbors. I don’t know that I’ll ever tire of ways to test those boundaries, to remind people through the power of a good story that a house is neither an island nor a fortress.

None of this is to say we shouldn’t bond with our neighbors. I’m quite fond of the ones I have now. In fact, some of my fondest memories in this life involve interactions with folks who lived a few doors down, from sleepovers to cookouts to Fourth of July hijinks. I grew up being able to step outside, walk a little way down the street, and say hello to any number of friends. It’s a great feeling to have. Of course, some of my most intense moments of anxiety and uncertainty have been when things with my neighbors were less than ideal, not unlike when things have gone south with family members. So to that end, may the alliances we forge with our neighbors be strong. Just make sure the fences are stronger, or risk being at the center of your own domestic thriller. 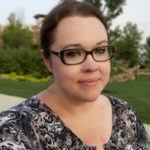 ALLISON DICKSON is the author of several independently published horror and dystopian novels. She has also written nearly two dozen short stories, both independently and as part of anthologies. Dickson lives in Dayton, Ohio, and when not writing, she is typically gaming, blogging, or exploring.