How exactly does a young Saxon Princess in Medieval Scotland find her way in the world? 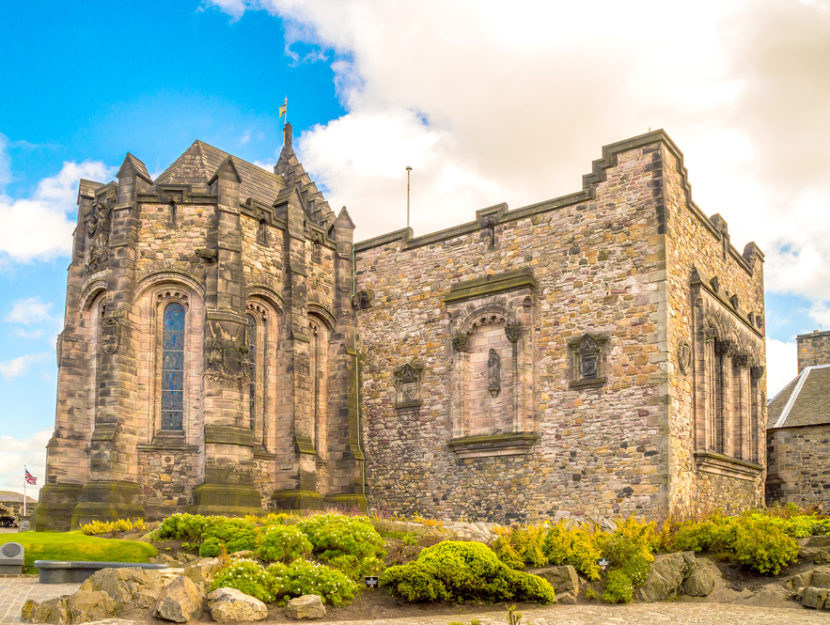 Based on all your comments on our recent post – Win a Word Wenches Library Collection – we know you love historical fiction. We’re thrilled to introduce you to Susan Fraser King’s unforgettable novel Queen Hereafter.

“My lady mother was so sure the English king planned to be rid of us the moment we set foot on his Saxon shores that she refused to sail there from Denmark. But we had been journeying for months after leaving Hungary, the lot of us: Papa, Mama, my sister and small brother, and a few servants. We were exhausted and sore in need of a home. Papa said we belonged in England, after all. I heard my parents arguing it at night….”

Shipwrecked on the Scottish coast, a young Saxon princess and her family—including the outlawed Edgar of England—ask sanctuary of the warrior-king Malcolm Canmore, who shrewdly sees the political advantage. He promises to aid Edgar and the Saxon cause in return for the hand of Edgar’s sister, Margaret, in marriage. When Malcolm brings Eva, a Celtic bard, to court as a hostage for the good behavior of the formidable Lady Macbeth, Margaret expects trouble. Instead, an unlikely friendship grows between the queen and her bard, though one has a wild Celtic nature and the other follows the demanding path of obligation. Torn between old and new loyalties, Eva is bound by a vow to betray the king and his Saxon queen. Soon imprisoned and charged with witchcraft and treason, Eva learns that Queen Margaret—counseled by the furious king and his powerful priests—will decide her fate and that of her kinswoman Lady Macbeth. But can the proud queen forgive such deep treachery?

Read It Forward sat down with Susan Fraser King to learn more about how she was inspired to write this unforgettable story of how a young woman finds her way in a dangerous world.

Read It Forward: Why did you decide to write about Queen Margaret of Scotland?

Susan Fraser King: During my first visit to Edinburgh Castle, when I first stepped into Margaret’s stone chapel, I knew I wanted to write about this woman someday. Even if part of that little chapel was built by her son after her death, its foundation and earliest version was probably her own private chapel, and today it feels saturated with her presence, a special place that’s peaceful and humble and beautiful. Writing about her was a good fit for me, as early medieval Scottish history fascinates me and draws me in—a time of warriors, Vikings, and women with much independence (unlike the status of women in most other European countries of the same era). Scots were a strong-minded, very human people whose vibrant voices and deeds and beautifully artistic, poetic, spiritual culture have come down through history to us and still resonate in our own society.

Margaret is very well known in Scotland, and medieval historians regard her as one of the most interesting and influential medieval queens, particularly as she brought the true medieval age to Celtic Scotland. She was a foreigner in that time and place, a stranger, and yet she became much loved in Scotland. Nigel Tranter wrote a novel about her and there are some good nonfiction sources, but otherwise little has been done. I’ve written several books set in Scotland, and writing about a non-Scottish woman, a Saxon princess raised in Hungary who married a Scottish warrior-king, gave me a chance to explore the clash of cultures between the Scots and a woman with a more cosmopolitan upbringing. What would Byzantine-Saxon Margaret have thought of the Scots at that time? I loved the challenge in that.

RIF: Is much known about this eleventh-century queen?

SFK: Thanks to her biographer, her personal confessor Bishop Turgot, prior of Durham, we have more information about Margaret than about most early medieval queens. He wrote about her life in glowing and superlative tones common to his era and also because there was a bid for her sainthood already in progress. Yet because he knew her well and loved her, glimpses of the real Margaret shine through—what a treasure trove for a historical writer. When I wrote Lady Macbeth, I had one dry document that verified her existence, and the rest had to be created and deduced from information about the time, the culture, and particularly the actions of the men around her. For Queen Hereafter, I used the same methods of gathering and extrapolation, yet Turgot’s biography provided incidents and anecdotes, insights into character, even some of her own words. In fact, Turgot provides too much material for a single novel. I had to pick and choose what to include as I developed a fictional portrait of her.

RIF: How did you use the historical sources to create a novel about this medieval queen?

SFK: Turgot praised Margaret as a devout woman and devoted monarch, painting a portrait of pure perfection—and gave us tantalizing glimpses of a woman with far more layers and complexity to her than just her ideal and saintly constitution. Something was missing in all that adulation, and as I read Turgot again and again, and then began to interweave the historical record with what Turgot tells us about the actual woman, a deeper picture emerged. Margaret was saintly and good, but she had a fierce temper, a taste for adventure, even a mischievous and reckless side. She had a strong character, an intense personality—loving, independent, critical, demanding, self-deprecating—and she was extremely intelligent as well as educated. She could keep up with the priests in any discussion and wore them down with her logic; she had Malcolm’s love and affection and tolerance, though he was a volatile warrior; she stole gold from his treasury to provide for the poor, and she let his ransomed prisoners go free, and he adored her, calling her “my little thief.” She was charitable and compassionate, and loving but strict with her own eight children, who became strong and influential leaders. Yet she was terribly hard on herself, starving her body into what was probably anorexia, while praying constantly and always finding herself wanting no matter her accomplishments. There were great insecurities and a rigid discipline in her as well as the saintly urges. The picture of Margaret, and Margaret with Malcolm, is by parts charming, romantic, flawed, and complex. I wanted to find the real young woman behind the legend, and create a glimpse of this beautiful medieval queen as she truly could have been. I want the reader to connect with the young Margaret in the novel, and read about the more mature Margaret in history, and feel that they understand her.

RIF: What was the greatest challenge in writing this book?

SFK: Other than the challenges that come with writing a novel— inspiration, energy, momentum, organization, finding time for deep writing no matter what’s going on in everyday life—this particular book was a little tricky here and there for a couple of reasons. The research for this time period is never easy, with elusive sources, incomplete information and conflicting historical views, so that I had many decisions to make all along the way, such as Malcolm’s motivations for certain documented actions, and Margaret’s view of those and other events. I began writing the book in first person, but as I got to know Margaret, I realized that she would be better seen, and perhaps would be more intriguing, from another perspective. Her devout religiosity was another consideration as well; it isn’t easy to write about a main character who is so deeply religious that it dominates her life. By letting Eva, the Scottish female bard, narrate the story in places, I felt that we could see Margaret from a more balanced and yet still intimate perspective, and that added some interesting layers to the story. Another challenge was finding ways to limit and focus what was potentially a very long story, given all the events and information we have about Margaret. I focused the book on her first few years in Scotland rather than the twenty-two or so years she spent there, and to do so, I had to let go of some very interesting bits!

RIF: What was the most enjoyable thing about writing the book?

SFK: I’m a history geek and I love writing fiction, so there’s a left brain/right brain balance and challenge, and that keeps me on my toes. Much as with any book I’ve done, I love to write, especially late at night when the world is quiet and the ideas and words flow. Despite the struggles that are part of being a writer (for example, having to stay organized, find time, and then make myself sit down and actually get to it!), it’s a pleasure to be not only a writer, but a published author as well, with the extra work that comes with that territory. And Margaret led such a unique and interesting life in a unique and interesting time in history—it’s great material, and great fun to get immersed in the research and the writing. Margaret, gentle yet tough, became something very special in my life, and that too was a wonderful part of the whole experience of this book. I wish I had her discipline, for example! 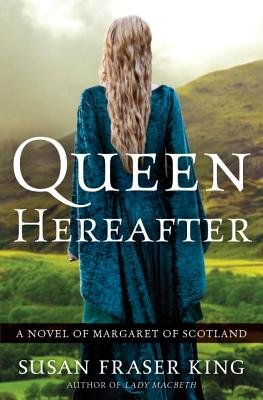 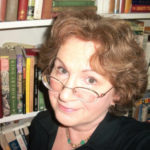 SUSAN FRASER KING is the author of several bestselling novels praised for lyrical style and historical accuracy. Raised in upstate New York and a frequent visitor to Scotland, she lives in Maryland with her family.