Why All the Unlikable Characters? A Conversation with Herman Koch

The author of The Dinner and Summer House with Swimming Pool talks about unreliable narrators, unlikable characters, and what he hopes his readers take away from his novels. 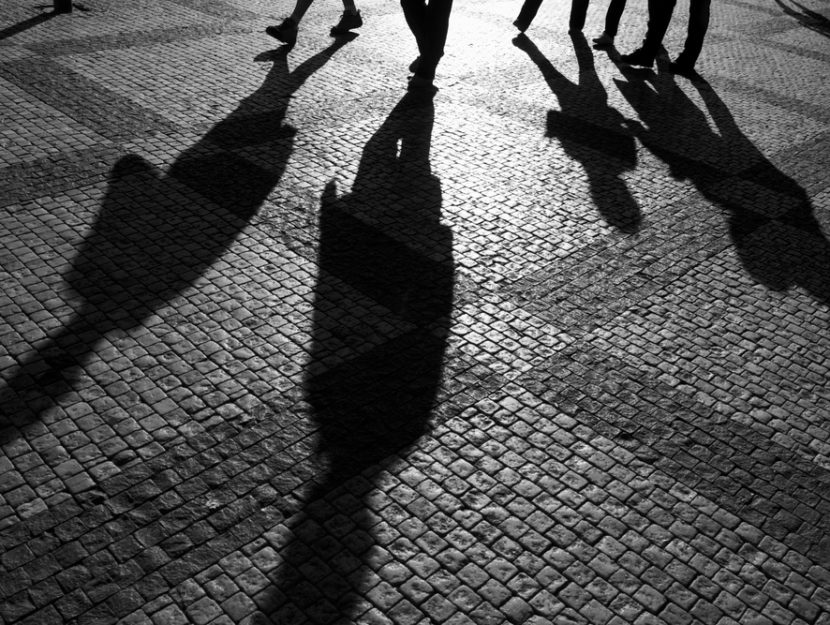 READ IT FORWARD: Some have called you ‘Herman Koch the provocateur’, a writer who likes to push buttons. Do you identify with that label?

HERMAN KOCH: When I write my novels, I don’t set out with the idea to provoke as many readers as possible. But I do think there are always generally accepted opinions in our societies that need a little provocation so that we can see them objectively again, from the outside. Particularly, the so-called politically correct opinion. People who adhere to these beliefs feel very safe and comfortable—they even might feel that just because they do, they are “good” people. For me, however, this is not so clear: I always suspect that people who want to save the world or are opponents of nuclear energy could also very well be bad husbands or wives, bad parents. This, I think, is the task of the novelist: to show that “good” people can be phonies, and that “bad” people might have some opinions that in reality we would all love to share but are too afraid to express openly.

RIF: Is it fair to say that you like to make your readers uncomfortable?

HK: I do; there must be a feeling of uneasiness in the reader. I never strive to make my characters sympathetic, only memorable. Is there one single likable character in The Brothers Karamazov? I would get bored quickly in having real monsters or real do-gooders in my novels: they would each be too one- dimensional. Characters should be just like us, just a little more courageous or cowardly. And a novel should never force an opinion on the reader; readers should decide for themselves what to think. This makes some readers feel uncomfortable too.

RIF: Following up on that, your characters have been described as completely unlikable. What is your reaction to that description?

HK: They are unlikable in a way, but I personally never dislike them completely. I am not writing satirical novels with caricatures of real bad people in them. In order to write about, or from the point of view of, a character, I must feel sympathy for him or her in some way. I might disagree with certain actions or thoughts, but I always try to understand them. And last but not least, I truly believe that “un-likable” characters are the salt of the earth—they can be funny and make us laugh, or shock and revolt us, but in the end I think they offer a much more ac- curate version of “the truth” than their more likable counterparts.

RIF: In both The Dinner and Summer House with Swimming Pool, you employ the use of an unreliable narrator. Can you speak to this?

HK: I think we are all unreliable narrators—and therefore, the unreliable narrator in a novel is the closest character to real life. Just think for a minute how we present ourselves to another person, how we try to impress a man or a woman on a date, or a prospective employer. Where is the reliability there? We invent from the start, trying to make ourselves just a little bit more interesting or smart or adventurous than we really are. My narrators try to make an impression on the reader—but we can see through them. They contradict themselves all the time, but I hope the reader gets a fuller picture of him (or her) from the outside: by what he says and does, but also by what he doesn’t say and leaves undone.

RIF: Both The Dinner and Summer House with Swimming Pool focus on fathers and their reactions to an incident involving their children. Is that a subject you’re particularly interested in exploring?

HK: One of my previous novels, Odessa Star (2003), explores this subject as well. I just thought, being a father myself, I might have to say something about it. I know parents who really believe their sons and daughters are angels, and sometimes they are . . . but what interested me most was the responsibility you might feel when something goes wrong— responsibility not only for the child’s upbringing (“What did I do wrong?”), but also for their biology. We are so proud when we recognize the “good” traits in our child that clearly come from us, but will we be honest enough to recognize the “bad” traits they inherited from us as well? And take responsibility?

RIF: What are the questions you hope readers of Summer House with Swimming Pool will ask themselves?

HK: Would I act/react in the same way the protagonist reacts to his circumstances? And particularly, is he a good father for his daughters? Does he at least try to be the best father possible? Does he succeed in that?

RIF: Where did the central idea for Summer House with Swimming Pool come from?

HK: I was thinking of a general practitioner who, after many years, gets fed up with his patients. He can’t stand their bodies and their complaints anymore, and at the same time, the status of the profession is going downhill very fast—his artist patients actually make fun of him, thinking they are somehow better people because they are “creative.” The other main aspect of the novel was in part inspired by the infamous case of Roman Polanski and the thirteen-year-old girl in Jack Nicholson’s swimming pool. At what age is a girl old enough to realize she should not believe every- thing a famous movie director tells her?

RIF: The Dinner was an international bestselling phenomenon. Were you surprised to see it had such universal appeal?

HK: I was certainly surprised. Then I started to ask myself why that was. First, I thought it perhaps had to do with the parent point of view of the novel: this question of “how far will you go to protect your own child?” that has been featured on many of the book jackets. But then I realized The Dinner also ap- pealed to very young people who seemed to have the general opinion that all the adults in the book were quite crazy—and that was intriguing to them. Now, I think the appeal of The Dinner has more to do with the secret lives we all lead in some degree or another: we can never really know another person (for all we know, the nice guy sitting next to us in math class might be a murderer).

There is also another aspect of The Dinner that I believe explains its appeal: the moral. As the book was being published in different regions, different reactions began to pour in and I realized that in some countries, the clear or logical decision would not necessarily be to turn your child in to the police: you might in fact be putting them in real danger by doing so. A group of schoolchildren in the South of France (and their teachers) actually applauded this aspect of the book in particular; for them it depicted parents who defended their chil- dren at all costs. Having many family members in jail themselves, they were happy to read about the kind of parents that existed in The Dinner.

RIF: What do you hope readers will take away from your novels? 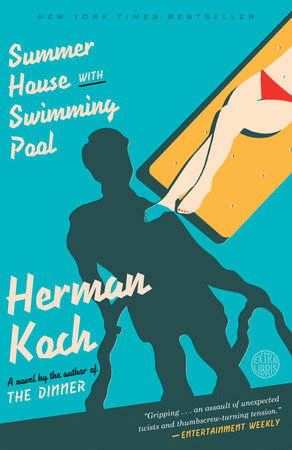 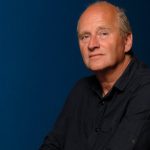 HERMAN KOCH is the author of eight novels and three collections of short stories. The Dinner, his sixth novel, has been published in twenty-five countries, and was an international bestseller. He currently lives in Amsterdam.