Commonplace Books Then and Now

From Marcus Aurelius to taggable book quotes: why we're compelled to track our reads. 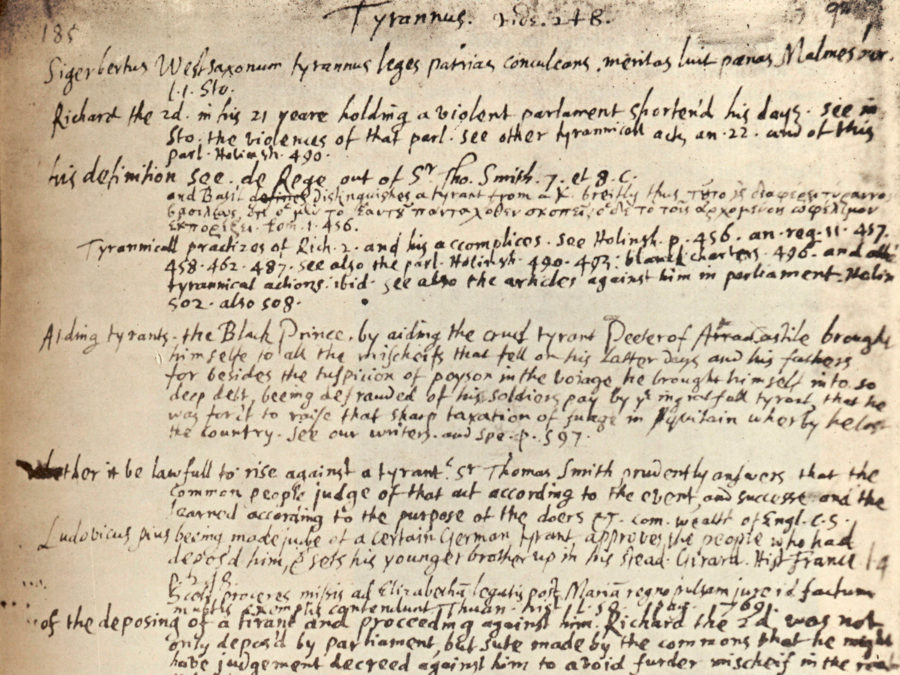 Last June, The New York Times Book Review editor Pamela Paul released a bit of her soul into the world. Her memoir, My Life with Bob, uses her book-of-books (abbreviated as Bob) as its jumping off point. Bob is a simple journal in which Paul has recorded the titles of every book she’s ever read, along with the date (if she remembers to jot it down), going all the way back to her teenage years. In the introduction, Paul writes that while looking back at her journal collection, the “Dear Diary” sort makes her remember things she’d rather forget, but the titles in Bob bring back things she wants to remember. “For a girl who often felt like she lived more in the cozy world of books than in the unforgiving world of the playground,” she writes, “a book of books was the richest journal imaginable; it showed a version of myself I recognized and felt represented me.”

Many of us can relate to the idea of books orienting us in the world, and Paul joins a rich tradition of readers keeping a formal record of their reading history. Another famous example is musician Art Garfunkel, who’s kept a similar record since the 1960s, a list you can now access and peruse at your leisure. But long before either Paul or Garfunkel were born, the commonplace book already existed as an aid to memory and a place to store valuable insights.

According to the Harvard University Library, the typical commonplace book “contains a collection of significant or well-known passages…in order to serve as a memory aid or reference for the compiler.” And it’s been around for ages: the tradition is believed to have begun in antiquity (a vague term for a really long time ago), but it reached notable popularity in Europe and the American colonies during the late Renaissance. The Dutch scholar Desiderius Erasmus even created a kind of guide for how to create such a commonplace book in De Copia. It was a smash hit, used by schools all over Europe, where young men read it, were inspired, and carried on the tradition. (If only textbooks were so inspirational today.) Thinking he knew better than Erasmus, in the 17th century English philosopher John Locke wrote A New Method of Making Common-Place Books (check it out in Harvard’s digitized collection—it’s really pretty).

People read differently back when the commonplace book was commonly in use. Most of us today read narratives from start to finish—or not, if we choose to abandon the book—and we keep track of what we read often the way Paul does in Bob, listing each book as we finish it. But why do we feel compelled to do so? Perhaps without realizing it, we do it for the same reason those in the past did: to find the connections between what we read. After all, unlike us, readers during much of the last millennium read laterally, across varying books. In jumping from one text to another, they’d discover similar themes and subject matters, which they’d then record as quotes listed under different headings in their commonplace books, a little like the index people use in the Bullet Journal, which is all the rage today. (I just started one, and I’m in love.)

While these old commonplace books might not look like Paul’s Bob, and while these men (and they were, for the most part, men) used them to construct arguments and theses, the commonplace books nevertheless recorded what they read and how they thought about it. And just like Bob, people treated their commonplace books lovingly: the Beinecke Rare Book & Manuscript Library has 75 handwritten commonplace books preserved from as far back as the 16th century, including—for the Tudor fans among us—books from courtiers in Queen Elizabeth I’s time, as well as one from a Yale undergraduate who kept a Bob-like book in the 18th century, recording the volumes he read during his “Freshmanship.”

What’s most amazing is that the commonplace book has never really gone out of style, though these days it’s more of a nerd’s project. Now, the internet and its various keepsake websites serve as our modern-day commonplace books. From Pinterest to Tumblr to Instagram and beyond, we gather our favorite quotes and themes and arguments about books in searchable and taggable cloud-based archives. In terms of more Bob-like books-of-books, those are largely being replaced by online services like Goodreads and LibraryThing, where readers track their reading precisely (no need to remember dates; they’re automatically populated for you). Plus, apps like Litsy allow readers to go mobile, so we can photograph and tag books, and add reviews, blurbs, or quotes with ease, as well as see what everyone else is reading.

While maybe our Goodreads lists won’t turn into famous works of literature like Marcus Aurelius’ Meditations—which is said to have originated from the famous emperor’s commonplace book—it’s clear that readers still find pleasure and solace in keeping track of the books we read. Whether you’re also a writer or stick to reading, recording your finished books is an excellent way to observe your life’s movements, and to figure out what’s been drawing you in. Plus, maybe remembering our past reads helps us face the great big mound of the TBR pile—that endless stack of books just begging to be read.