Chris Bohjalian on the Frightening Inspiration for The Night Strangers

Everyone has that creepy basement door or leaky faucet. This one inspired a whole book. 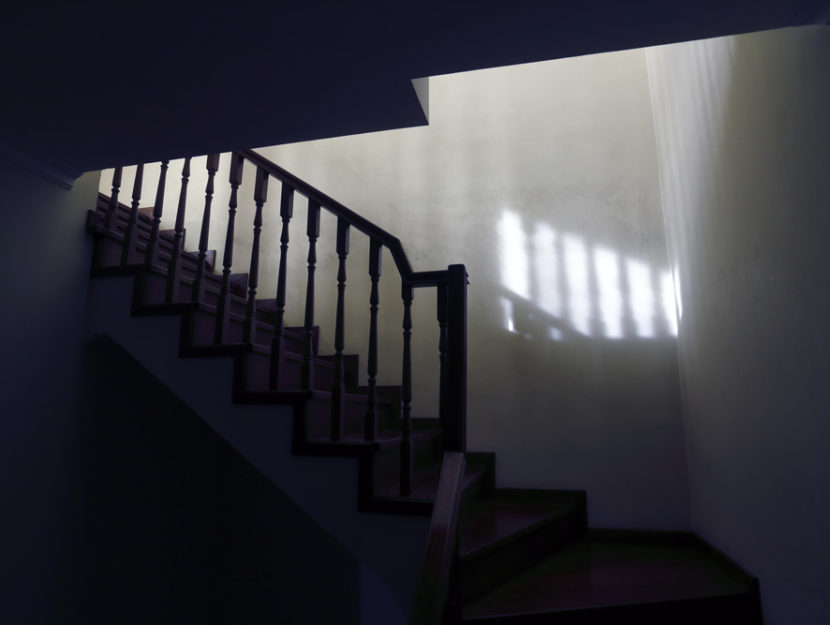 Not too long ago, I was in my basement, which just might be the scariest place on earth. We’re talking Silence of the Lambs scary, Night of the Living Dead scary, “lions ands tigers and bears, oh my” scary.

It’s not merely that a sizable chunk of the floor is dirt, which means that after a good rain or snow melt whole sections become the sort of slop that swallowed humans alive in bad science fiction movies from the 1950s. It’s not the fact that there is a Gordian knot of tubes and pipes along the ceiling (which is little more than a crawlspace in some sections), some of which carry water and some of which carry LP gas to heat the house.

Along one of the basement foundation walls, below ground, is a door about five and a half feet tall and three feet wide. It’s made of rough, unfinished wooden planks, and was added at some point after the 1898 Victorian above it was first constructed. When my wife and I moved into the house in Vermont, it was nailed shut. That’s right: Nailed.

There was a moldy pile of coal beside it, a decomposing little mesa, and so I convinced myself the door was merely a part of an old coal chute. Sure, I never found the exterior entrance to the chute, but that was a detail. Perhaps it was under a porch added at some point in the 1940s.

Now, I should tell you that the closest I have ever come to accidentally killing myself in my 24 years as a homeowner in northern New England occurred in that basement. Sure, I’ve nearly slid off the roof shoveling snow from atop of the screened porch. I’ve been conked in the head by the blunt side of an ax while hammering away at an ice jam. But the least competent (translation: seriously stupid) thing I have ever done as a homeowner occurred in that basement.

Our first winter in Vermont, our pipes froze. Still under the delusion that I had the slightest idea what I was doing when it came to this old house, I borrowed a friend’s propane torch. His advice? Run it along the pipes and it will thaw the ice. My wife and I descended into the crawlspace and began carefully running the flame over the tubing. We’d been at it two or three minutes when my wife remarked casually, “I wonder if this is a gas pipe or a water pipe?” Yes, it was a gas pipe. My bad. I still get a little queasy when I think about how close I came to blowing up the village.

In any case, it would be years after we had moved in that I would decide to man up and pull that basement door open. The project demanded a crowbar, a wrench, and – at one point – an ax. After hours of toil, behind that door I found . . . nothing. There was a slender cubicle the height and width of the door and maybe eighteen inches deep. The walls were made of wood, and behind them was nothing but earth. It in no way resembled a coal chute. It was more like a closet – or a crypt behind which you might wall up a neighbor alive. So, I nailed the door shut and made a mental note to steer clear of that corner of the basement for as long as we lived in the house.

Nevertheless, on some level I understood even then that the basement door was going to lead to a novel. Novelists are asked all the time where our ideas come from, and I have done this long enough that I suspected someday that door would, quite literally, open a novel: “The door was presumed to have been the entry to a coal chute, a perfectly reasonable assumption since a small hillock of damp coal sat moldering before it.”

So begins The Night Strangers.

Now, it would take an Airbus ditching one January afternoon in the Hudson River, the sky cerulean, before I would begin to understand what was going to exist behind those rough wooden planks. But that door was a gift, and it was only a matter of time before a novel would hinge upon it. 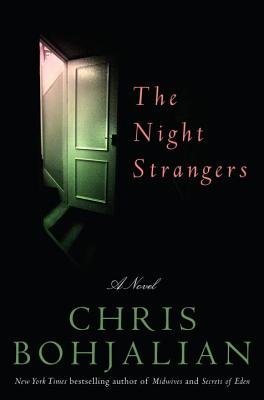 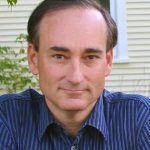 CHRIS BOHJALIAN is the author of fourteen books, including the New York Times bestsellers, Secrets of Eden, Skeletons at the Feast, The Double Bind, Before You Know Kindness, The Law of Similars, and Midwives. His thirteenth novel, The Night Strangers, is available for pre-order now and will be available wherever books are sold on October 4, 2011.