Anthony Marra reveals the inspiration for his novel, the greatest influence on his writing, and why it's important to make readers laugh and cry on every page. 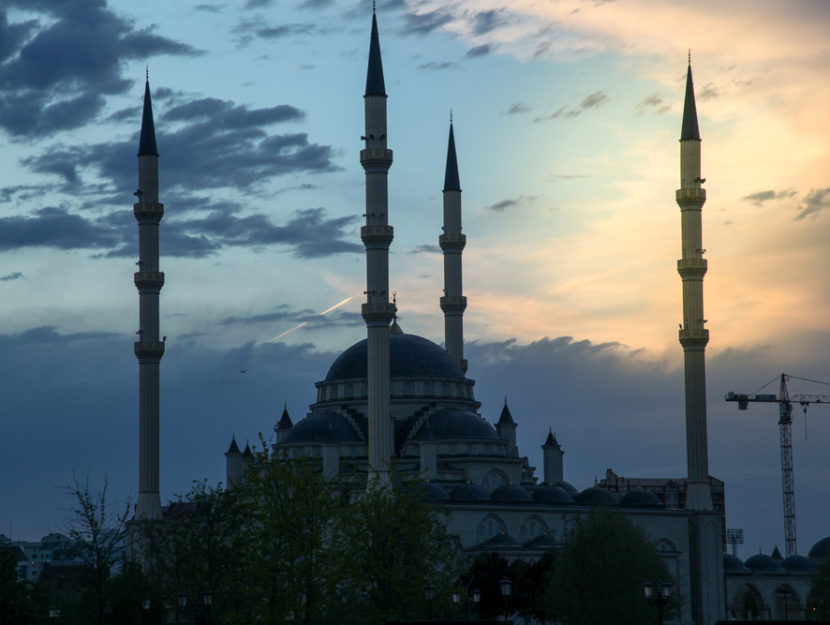 Read It Forward:  Why write about Chechnya?

Anthony Marra: I first became interested in the region as a college student in St. Petersburg. I arrived to Petersburg shortly after the journalist Anna Politkovskaya was assassinated, presumably for the reporting she did from Chechnya.

I realized that Chechnya was a place I didn’t know how to spell and couldn’t find on a map, but the ramifications of the wars there had reached as far north as Petersburg, where on a daily basis I saw Russian veterans soliciting for alms in the Metro stations.

I began reading nonfiction accounts of Chechnya and quickly became fascinated. Its history and culture has inspired writers like Tolstoy, Lermontov, and Pushkin. The accounts I read of ordinary people in remarkable situations were the kinds of stories that I felt needed to be brought to life through fiction.

But to answer the question of why set a novel in Chechnya, my answer would be that it is a setting that magnifies and dramatizes the moral conflicts of characters in extraordinary ways. This cast of characters wants what we all want—to live peacefully and provide for our loved ones—but their circumstances require them to make decisions the reader will hopefully never have to make, but nonetheless will understand.

RIF: Readers and reviewers have commented on the beauty of the language in this novel. Can you talk a little about how you wrote it?

AM: I ended up writing four first-to-last-word drafts. Each time I finished a new draft, I’d print it out, set it in front of my keyboard, and retype the entire novel. Because retyping mimics the original act of creation, it taps into whatever creative well the sentences first rose from. The novel changed from draft to draft, then, from within, organically, rather than from changes that were superimposed on it. There’s a scene early on when Khassan despairs as he realizes that he must again retype his 3,000-plus page history. Thankfully, Constellation isn’t nearly that long, but I still knew exactly how he felt.

I also kept a daily word-count record. My goal was to hit a thousand words every day. The days when I recorded zero words felt like wasted days. I grew up going to church and Sunday school each week, and at long last, I was able to put that Catholic guilt to good use.

RIF: The novel has some dark moments, but at the same time, it’s filled with moments of humor and hope. How, and why, did you blend instances of death and loss with levity?

AM: I once heard Allan Gurganus say that writers should strive to make readers laugh and cry on every page. It’s a tall order, but I absolutely agree with the reasoning. Novels need the high as well as the low notes in order to be true to the emotional reality of life. When I traveled to Chechnya, I was repeatedly surprised by the jokes I heard people cracking. It was a brand of dark, fatalistic humor imprinted with the absurdity that has become normalized there over the past two decades.

A book I thought of while writing Constellation was City of Thieves by David Benioff. Benioff ’s novel pays tribute to the immense suffering caused by the Siege of Leningrad, but it’s filled to the brim with life, love, humor, even joy, all of which only enhance and make more real the underlying historical tragedy. Hopefully, Constellation works in a similar fashion.

RIF: Your writing style is unique in that you move back and forth between the present and the past. Was that a conscious choice?

AM: War breaks cities, buildings, and families, but also time and the way stories are constructed. To tell this story in a straightforward, linear fashion would fall short of capturing the absurd, recursive manner in which its characters assemble their chaotic narrative. All the characters in Constellation are trying to piece back together their fragmented lives, and I wanted to embody that in the novel’s structure. As each character attempts to rescue what has been lost, the novel mends their individual stories into a communal whole.

RIF: What has been the greatest influence on your writing?

AM: My mom has six siblings and my dad has four sisters, and between them all there are more cousins than I can count, which means that family events have always been filled with voices, stories, and laughter. From an early age I learned from them that stories are how we understand one another, how we preserve the past, and how we make meaning from the chaos of our lives. 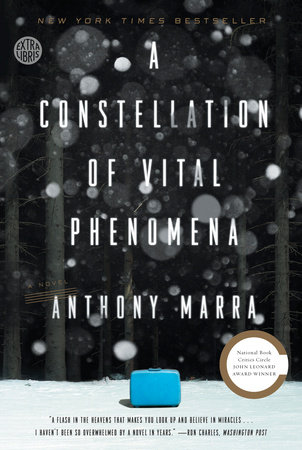