The Books People Reread Over and Over Again

To reread or not to reread? That is the question every book lover must answer. 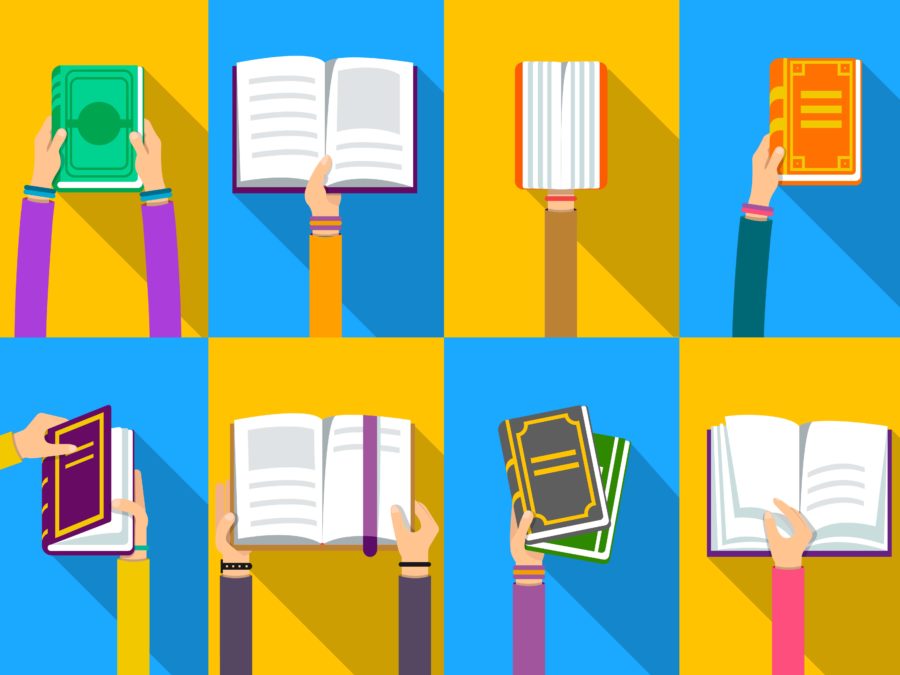 All readers have their desert-island books, the ones that they would swipe from their burning house before escaping the smoke, and the books they return to over and over and over again. It is the last scenario—the books we return to—that had me turning to social media for a little crowd-sourcing. I put out a call on Facebook and began trawling the internet for commonly reread books. And while some of the books I saw people returning to were ones that I could have guessed, many were surprising to me.

The common ones are probably fairly obvious in some ways, if only because many of us would probably choose these if asked the question of what books we reread and had only ten seconds to answer it. That list includes:

This list can go on for a bit, but this is a condensed version of the common ones that I found, both in the comments I received from friends and through online sources. These feel somewhat predictable. Big books, books many of us have heard of, that many of us are exposed to. That’s not to say that they aren’t important—they are. And we return to these for good reasons.

Take Octavia Butler for example. She’s won multiple Nebula and Hugo awards, she is the first science fiction writer to receive the MacArthur “genius” grant, and her books are wonderfully written, amazingly plotted, and also deeply socially conscious (sci-fi is a genre that is often neglected in “serious literary circles” because it’s perceived as somehow unliterary, but the genre often reflects on human nature, present-day society and its problems, and other serious topics). Similarly, Margaret Atwood’s books are harrowing and beautiful at once, often somewhat speculative, sometimes all-out dystopic, and occasionally totally contemporary fiction.

The “classics,” as we’ve come to know many books published before, say, 1940 or so, stretching from Beowulf to the works of Shakespeare to the modernist writers like Fitzgerald, are often read and reread for different reasons. We find something in these works, deeply flawed as some of them may be. Yes, many are sexist or racist or classist or simply unaware that these are issues to contend with at all, but they’re also products of their time and bring us into a world that we’re not familiar with. Anyone who loves Jane Austen has probably had that brief fantasy, wondering what it would be like to be Elizabeth Bennet, able to read and write and take walks all day long. Dickens’ works explore an England no longer familiar (London is, at least visibly, a lot cleaner than it was in Dickens’ day). Fitzgerald and his ilk looked at a society that is totally foreign to most of us—grand parties, dramatic occurrences on the French Riviera, cigarettes being smoked luxuriously with no worry yet as to the health risks, and generally vices being quite deeply indulged.

There’s an escapism to books we read and reread. That’s part of why another list of commonly reread books is full of the books we had to time to pursue over and over again as kids, such as:

But what I found myself extremely interested in as I was asking readers what they reread was how many unexpected books I found on their lists. The very first response I got to my question featured The Opposite of Loneliness: Essays and Stories by Marina Keegan, a book I’d never heard of before but which is now (along with many of these surprise books) on my TBR pile. It’s a collection of work from a 22-year-old who died in a car crash. Another book that surprised me was Lucky Jim by Kingsley Amis, which according to the reader, “contains what are easily the best drunk/hangover scenes in all of literature.”

While going through some old Reddit posts, I found some more surprises, which when I looked back at the comments I received, shouldn’t have really made me blink twice. Rebecca by Daphne du Maurier is a common beloved book. The Count of Monte Cristo by Alexandre Dumas kept coming up on Reddit as well. Murakami’s work, which I’ve often heard people describe as quite difficult at times, is also commonly referred to. And then, both on Reddit and in my comments, a bunch of books that I hadn’t heard of, though the authors’ names were occasionally familiar to me, such as:

Rereading books is obviously a highly personal experience. Our exposure to different kinds of books is based on so many factors—the books our parents or guardians had, whether or not books were pushed on us or we discover them ourselves, what books were available to us as we progressed through life, and so much more. There’s a reason why I, for instance, am familiar with so many of the books people wrote about that are above or that haven’t been listed yet (to name a few more: The Amazing Adventures of Kavalier and Clay by Michael Chabon; Jesus’ Son by Denis Johnson; A Single Man by Christopher Isherwood; Written on the Body by Jeanette Winterson; The Violent Bear It Away by Flannery O’Connor). But the fact that I’m familiar with some of these books doesn’t mean I reread them all of them. In fact, while I used to be a voracious rereader, in the last few years I’ve dropped the “re” in “reread” because of time constraints and the number of new books I have to read.

When people reread books, it seems to be often for one of these reasons: comfort (the familiarity of a book well-loved), intellectual pursuit (we find new things in books we reread as we grow older; Mrs. Dalloway by Virginia Woolf and Little Women by Louisa May Alcott are great examples of this), or a singular unexplainable love (one reader wrote about Jonathan Strange and Mr. Norrell by Susanna Clarke: “if we’re going to get technical I’ve never stopped reading JS&MN, I just start at the beginning again when I finish it.”) The books we reread tend to change as we grow up: the people who read Go, Dog, Go as kids likely don’t reread the book often now, unless they’re reading it to a child (and hey, no judgment if you’re still enjoying the book—to be fair, I reread picture books whenever I’m around them). One of the favorite responses I got had to do with this changing love: “I have the requisite well-thumbed books of poetry (for a woman to make it to midlife, this is essential); I used to sleep next to Rilke, then Eavan Boland, now it’s Eugenio Montale.” As I see it, she’s speaking to the absolute necessity of rereading, be it poems, novels, non-fiction, memoir, essays, or children’s books.

I definitely know people who don’t reread books and haven’t since they were kids. I also know people who reread books so often that they don’t read new books as often as they’d like to. Either way, it’s as personal a choice as any in reading, but one that feels like a fascinating exploration of what’s moved us, stuck with us, and has changed how we think or feel or live.

What books do you reread? Tell us in the comments—we want to add your picks to our TBR piles!