Read these books like Dead to Me when you're done bingeing the darkly comic Netflix dramedy. 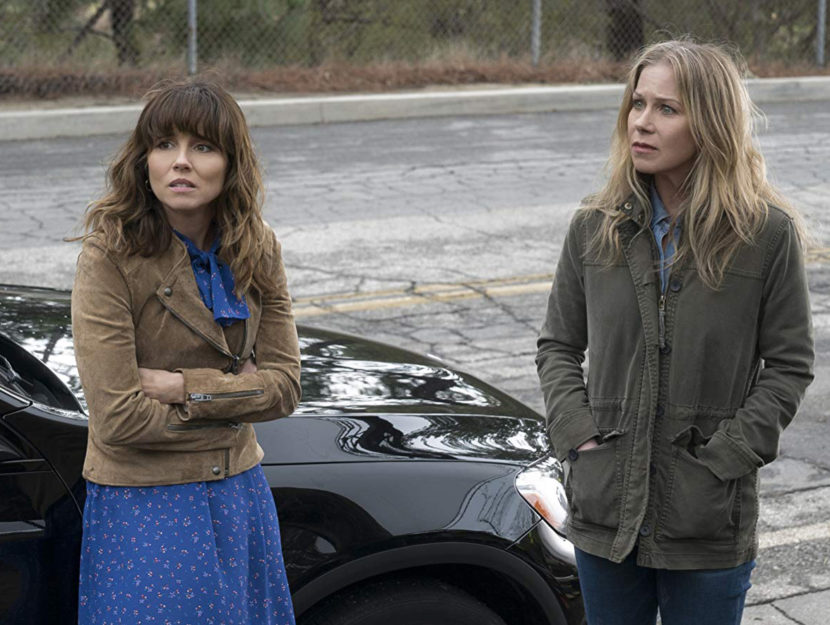 Looking for books like Dead to Me? Me too. I binged Netflix’s latest “dramedy” Dead to Me in one day, that’s how irresistible and relatable I found the show. The original series centers on Jen Harding, who, in the aftermath of her husband’s death from a hit-and-run accident, meets Judy Hale, a woman with a hidden agenda, at a grief support group. Jen, a real estate agent, is obsessed with trying to find out who the driver of the car that killed her husband is while also struggling as a newly single mom to her two boys. She and Judy fall into a fast friendship, Judy moves into Jen’s guesthouse…but what does Jen really know about the secrets Judy is hiding? And how does Steve, Jen’s new real estate client and Judy’s ex-fiancé, factor into the whole thing?

After we find out something shocking at the end of episode one, viewers are hooked, trying to figure out if Jen will discover what Judy is hiding. As I watched Christina Applegate, Linda Cardellini, and James Marsden grieve and mourn and lie and plot, I kept thinking about books I’d read that the show reminded me of. I thought about books that contain relationships between best friends, novels where secrets are kept hidden, thrillers where a couple commits crimes together, memoirs that touch on miscarriage and grief and loss, and even a nonfiction book about signs our loved ones send us when they cross over to the other side. Below are some great books like Dead to Me for you to read when you’re done bingeing the Netflix original series. All of them are perfect reads to pick up as you wait for the next season (fingers crossed there will be a season 2, right?), but beware, show spoilers abound in the book recaps, so read at your own risk!