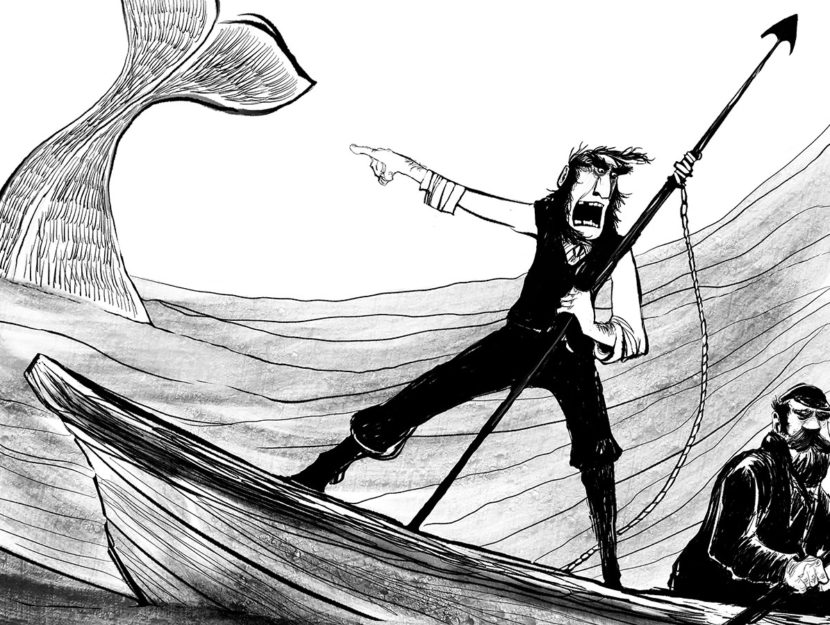 In the fall of 1851 (October 18, to be exact), Herman Melville’s novel Moby-Dick (or The Whale) was first published. While the novel is now hailed as a classic, it was far from an overnight success, taking decades to attain its position in the literary hierarchy. It’s also entered the cultural lexicon, with its tale of one man’s obsession that leads to ruination on a massive scale serving as a useful metaphorical shorthand for a variety of situations. Moby-Dick has a number of literary descendants as well, from those that take parts of its plot and apply them to radically different settings to alternate angles on the story of a whaling ship, doomed sailors, and their quarry. Here’s a look at six.