Book Club in a Box: Mastering the Art of Soviet Cooking

Here's everything you need to create an extraordinary book group meeting: a great memoir, delicious recipes, and a reader's guide to get the discussion going. 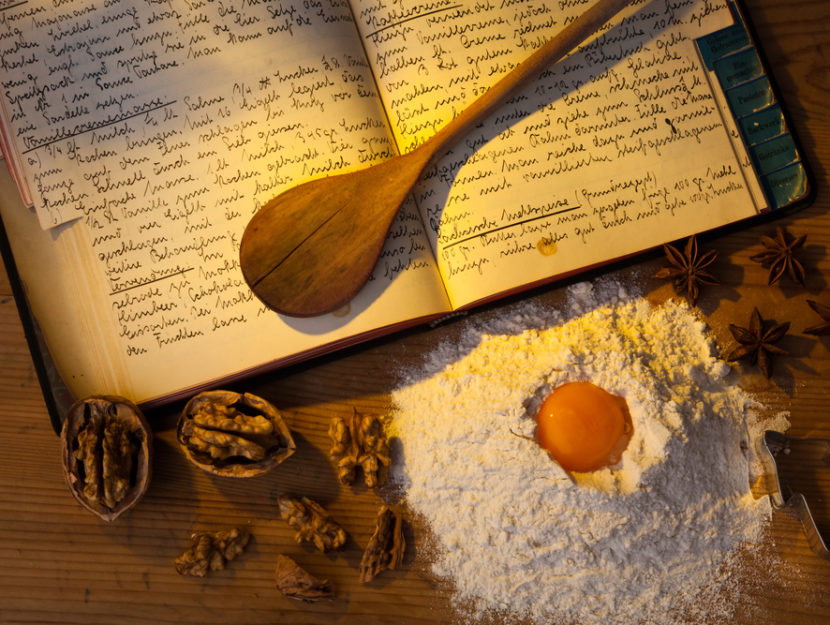 Mastering the Art of Soviet Cooking is a sweeping memoir of the Soviet Union, spanning a century of war and famine, food and family. In prose both sardonic and tender, author Anya von Bremzen tells the story of three generations of her Soviet family through the meals that sustained them.

We meet Anya’s grandfather Naum, a glamorous intelligence chief under Stalin, and her grandmother Liza, who makes a perilous odyssey to icy, blockaded Leningrad to find Naum during World War II. We meet Anya’s hard-drinking, sarcastic father, Sergei; and we are captivated by her mother Larisa, the dissident dreamer who eventually flees to the United States, ten-year-old Anya in tow.

With rich insights about family, history, and the meaning of home, Mastering the Art of Soviet Cooking is sure to provoke discussion in your reading group.

A Slavic answer to tapas or meze, for many Russians, myself included, zakuski are really the heart of the meal. Here are some of our family favorites to go with the tangy home-steeped lemon vodka. To this spread, add Salat Olivier, a few crunchy pickles, and some smoked fish if you wish. End with the quick luscious apple charlotte. An ur-Russian toast? Vashe zdorovie – to your good health.

1. Drop the lemon zest into the vodka bottle and infuse at room temperature for 24 hours, shaking occasionally. Strain into a clean bottle or a carafe and freeze until ready to use.

2. To drink like a Russian, pour the vodka into chilled shot glasses, say a toast, drink up, and immediately chase by an appetizer.

Festive, gorgeous, and ridiculously simple to make, these Russian devilled eggs “bejeweled” with salmon roe were a favorite family holiday treat back in the USSR. The recipe is from my grandmother Alla.

1. Remove the yolks from the eggs and place them in a bowl. Mash the yolks with a fork. Add the mayonnaise, yogurt, chives, dill and lemon juice, season very lightly with salt and stir well to blend the ingredients.

2. Spoon or pipe the yolk mixture back into the whites and top each with a teaspoon of caviar. Arrange the eggs on a pretty platter, garnish each with a small dill sprig and serve.

My mother’s beloved party standby is her quick variation on khachapuri, a classic cheese pie from the Republic of Georgia. With an oozy, tangy filling of two kinds of cheese and herbs inside a crisp puff pastry casing, it has a way of disappearing in minutes.

1. Preheat the oven to 400 F. Line a large baking sheet with foil. In a medium bowl, mix the cheeses, herbs,  and whole egg.
2. On a lightly floured sheet of wax paper, roll one sheet of the pastry into a 10 by 16-inch rectangle. Transfer to the prepared baking sheet. Spread the cheese mixture evenly on the pastry, leaving a 1-inch border all around. Brush the border with cold water. Roll the second pastry sheet slightly smaller than the first and drape over the cheese filling. Fold the edges of the bottom pastry up over the top and pinch tight to seal.
3. Brush the top of the pastry with the egg glaze. With a fork, prick small holes through the top for the steam to escape. Bake until golden-brown, about 25-30 minutes.  Let cool for 20 minutes, cut into rectangles or squares, and serve.

In Russia, where ravenous guests often dropped in unexpectedly, my mother relied on this simple scrumptious dessert that could be whipped up in minutes from a few apples and seasonal berries baked in a rustic cast-iron skillet under an aromatic cap of puffy batter. Decades later, mom and I both still make often. In winter we use tart cranberries instead of the berries, in which case we increase the sugar by 1/4 cup. Make sure to pass around some creme fraiche or whipped cream.

1. Preheat the oven to 375°. Butter a 10-inch cast-iron skillet and dust the bottom with the bread crumbs. In a large bowl, using an electric mixer, beat the eggs with the milk, vanilla and 1 cup of the granulated sugar. Beat in the 6 tablespoons of melted butter until incorporated, then beat in the flour until a thick batter forms.
2. In another large bowl, toss the 1 cup of blackberries with the sliced apples, blueberries, cinnamon and the remaining 1/4 cup of granulated sugar. Spread one-fourth of the batter in the prepared skillet and top with the apples and berries. Using an offset spatula, spread the remaining batter over the fruit in an even layer. Scatter the remaining 8 to 12 blackberries on top and gently press them into the batter.
3. Bake in the center of the oven for about 1 hour, until lightly golden and a toothpick inserted in the center comes out with a few moist crumbs attached. Let cool completely, then dust with confectioners’ sugar. Slice into wedges and serve with creme fraiche or whipped cream.

1. In Mastering the Art of Soviet Cooking, each chapter represents a decade of Soviet or Russian food culture. Which did you enjoy most?

2. The subtitle of the book is “A Memoir of Food and Longing.” How is longing a part of Soviet food culture?

3. In the Prologue, Anya von Bremzen introduces the idea of a “poisoned Madeleine.” What does she mean by that? If you were to choose a single food to symbolize your childhood, what would it be?

4. Mastering the Art of Soviet Cooking features a broad variety of characters, from Anya’s mother Larisa—the heroine of the book—to her grandfather, Naum, a glamorous intelligence officer. In whose experiences were you most interested? Did Anya’s family remind you of your own in any way?

5. In Chapter 2, Anya writes “we were intensely aware of our difference as Jews—and ignorant of the religious and cultural backstory.” How does Anya’s Soviet perception of Jewish identity differ from American conceptions of it?

6. When Anya and Larisa arrive in the United States, they experience mixed emotions. How does the book describe the immigrant experience? Have you read other books that portray it differently?

7. Critics have described Mastering the Art as both “heartrending” and “hilarious.” What was your favorite comic scene or observation?

8. From Larisa’s passion for French novels to Anya’s love of Russian greats like Tolstoy and Dostoevsky, literature plays a key role in how mother and daughter view the world. What do these reading choices say about their personalities?

9. Before reading the book, what was your perception of the Soviet Union during the Cold War? Were you surprised by any of the book’s revelations about Soviet life?

10. For Anya and others of her generation, foods like kolbasa and kotleti carry vivid memories of a childhood in the Soviet Union. What are your most cherished food memories?

11. The Book of Tasty and Healthy Food was a staple in Soviet kitchens throughout much of the twentieth century. What cookbooks seem to you emblematic of the time in which we live?

12. Despite their hatred of the State, Anya and her mother experience a bittersweet nostalgia for the life they left behind, sometimes even for elements of it they disliked. Have you experienced similar feelings about a time in your past or a place you lived?

13.  From the complexity of kulebiaka to blini and chanakhi—what Soviet dishes are you most eager to try? 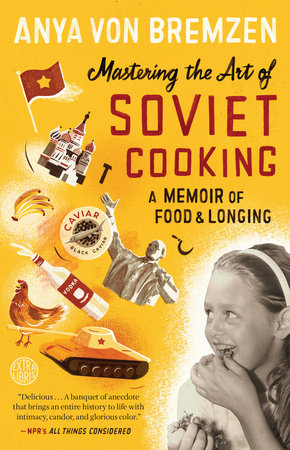 ANYA VON BREMZEN is one of the most accomplished food writers of her generation: the winner of three James Beard awards; a contributing editor at Travel + Leisure magazine; and the author of five acclaimed cookbooks, among themThe New Spanish Table, The Greatest Dishes: Around the World in 80 Recipes, and Please to the Table: The Russian Cookbook (coauthored by John Welchman). She also contributes regularly to Food & Wine and Saveur and has written for The New Yorker, Departures, and the Los Angeles Times. She divides her time between New York City and Istanbul. Visit the author online on Twitter @vonbremzen.