The Best Books to Pair with Tea

Curl up this winter with a great read and a warm cuppa.

By Brittany Goss • 3 years ago 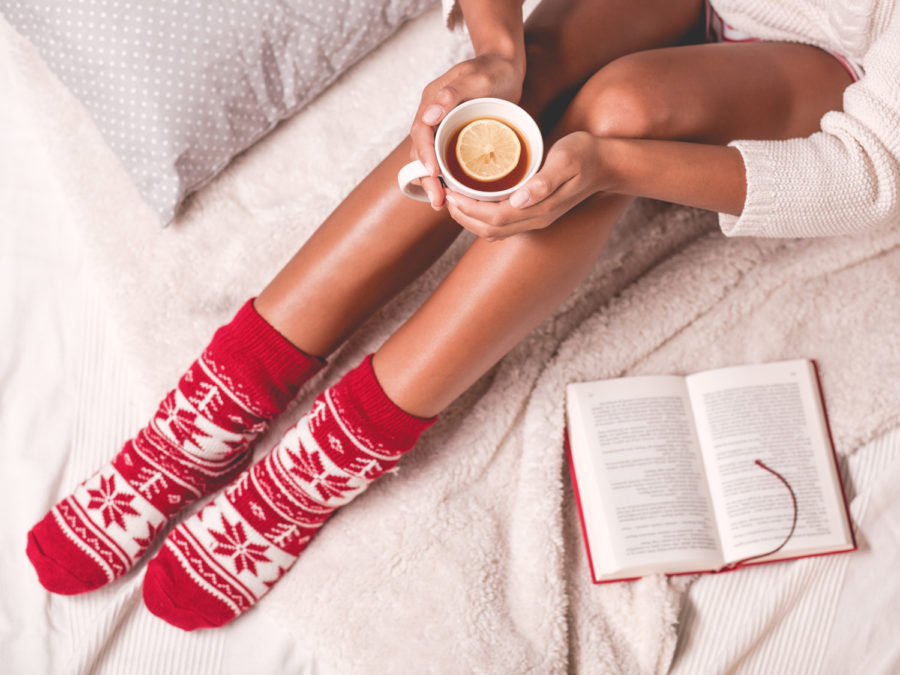 Few things are more satisfying in the winter than curling up under a warm blanket with a good book and a mug of tea. Make the most of your long winter nights with some of the best reads for this winter, paired with some of the best teas of…well, ever. Connoisseurs of the tea leaf know that the right tea can enhance your reading experience. That’s why we went the extra step to match these books with the perfect hot drinks. 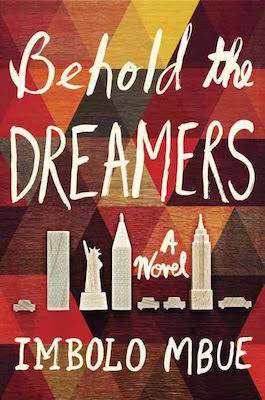 Behold the Dreamers by Imbolo Mbue
Pair with: Chai Tea

Mbue’s debut novel is not to be missed. It’s the story of the Jonga family—Jenda, Neni, and their six-year-old son, who have moved to Harlem from Cameroon to make a better life. Jenda and Neni are thrilled when Jenda lands a job as a chauffeur for a Lehmann Brothers senior executive, and again when the man’s wife offers Neni temporary work at their house in the Hamptons. These jobs herald the coming of Jonga family’s own American Dream. But Jende and Neni aren’t prepared for the risks of entering such a world of power and privilege. Pair this satisfying read with spiced chai tea, popular in Cameroon. 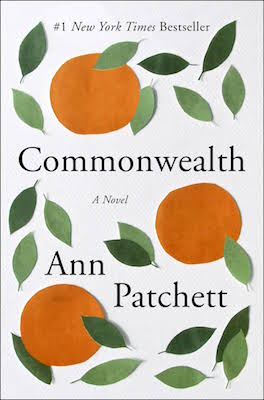 In Commonwealth, Ann Patchett tells a story of two intertwined families and their deep, complicated bonds. All families have unspoken stories. But when Franny spills everything about her childhood to an author who uses the material for a very successful book, all of the secrets are made public. Pair this novel about a blended family with a blended tea, like a peach white. 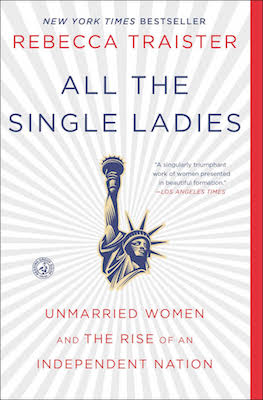 All the Single Ladies: Unmarried Women and the Rise of an Independent Nation, by Rebecca Traister
Pair with: Iron Goddess Superior Oolong Tea

Only twenty percent of Americans today are married by age twenty-nine, compared to nearly sixty percent in 1960. Rebecca Traister’s investigation into the lives of contemporary women in America turned up a surprising truth: this phenomenon is not new. And historically, when women have options other than early marriage, the result is massive social change. Pair with a special type of Oolong tea called Iron Goddess Superior, because the future is female. 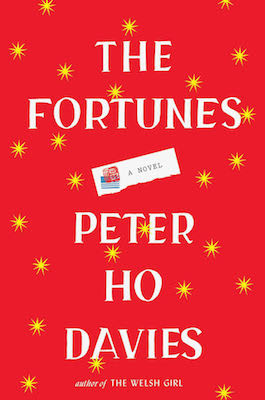 The Fortunes follows the lives of four Chinese American characters, three of whom were inspired by historical figures. Through generations, each character grapples with the process of becoming American. A hate crime ignites a movement among Asian Americans, Hollywood gets its first Chinese movie star, and years later a biracial character goes to China to adopt a baby. Pair with Dragon’s Well (Lung Ching), a delicate green tea grown in Zhejiang Province. 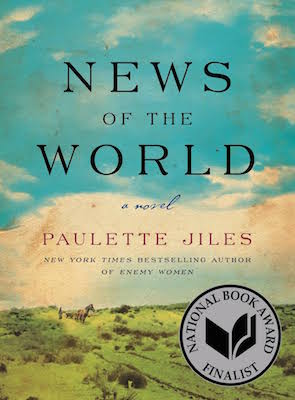 News of the World by Paulette Jiles
Pair with: Rooibos Tea

In the late 17th century, Captain Jefferson Kyle Kidd travels around northern Texas, giving live readings to audiences who want news of the world. Until one day, he is offered fifty dollars to deliver the young orphan Johanna to her aunt and uncle in San Antonio. Through the dangerous 400-mile journey, the old man and the young girl forge a bond. When they arrive in San Antonio and learn the truth about Johanna’s family, Captain Kidd is faced with a difficult choice. Pair with a Rooibos Tea from South Africa, which seems like the other side of the world from Texas. 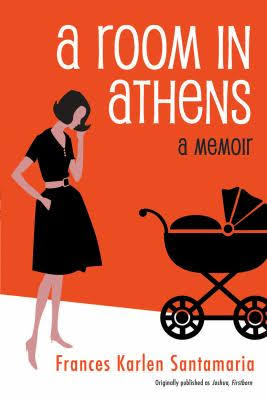 A Room in Athens: A Memoir by Frances Karlen Santamaria
Pair with: Silver Needle Tea

First published in 1970 and now republished in 2016, A Room in Athens is the beautifully written journal of a young American woman living in Greece with her husband. Santamaria, on the cusp of becoming a mother and mostly confined to “a room in Athens” while her literary husband spent his nights out at bars, writes of her experience with wit, grace, and a keen eye for detail. Pair with silver needle, a variety of white tea relished for its delicate flavor. 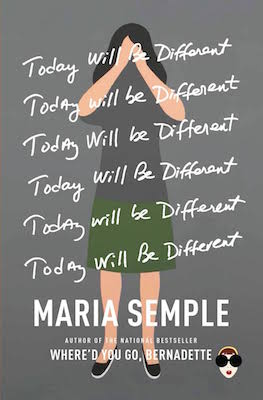 Today Will Be Different, by Maria Semple
Pair with: Peppermint Tea

A funny and heartwarming novel from the author of Where’d You Go Bernadette, Today Will Be Different is about a woman who vows to improve her life in small ways—starting today. But before she can begin becoming her better self, life happens: her son fakes sick to stay home, her husband is suddenly on a vacation she didn’t know about, and she discovers a graphic memoir that threatens to reveal her long-buried secret. Pair with peppermint tea, the perfect peppy partner for this humorous pick-me-up. 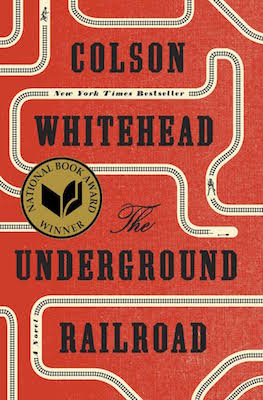 Whitehead’s novel, the winner of this year’s National Book Award, takes his main character Cora on an American odyssey, through time and space. She begins as a slave on a Georgia cotton plantation. She escapes with the help of a fellow slave, using a literal underground railroad, but they are hunted by a fearsome slave catcher. Cora moves through states—each with its own version of brutal treatment for African Americans—in search of true freedom. Pair this one with some caffeine-laden English Breakfast tea, which, yes, is also a product of colonization—and stay woke. 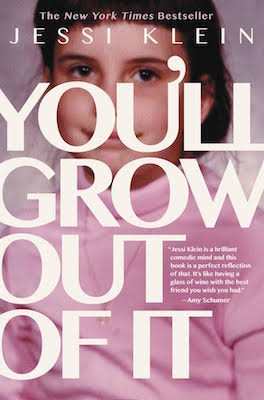 You’ll Grow Out of It by Jessi Klein
Pair with: Hibiscus Tea 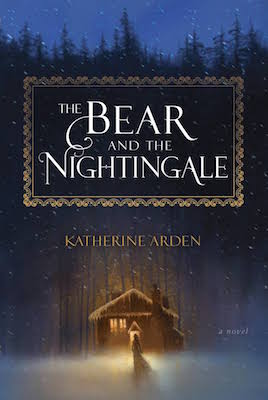 The Bear and the Nightingale by Katherine Arden
Pair with: Lapsang Souchong Tea

Slated for publication in January 2017, Katherine Arden’s debut novel is inspired by Russian fairy tales. In the wilderness of northern Russia, a stranger presents Vasya’s father with a mysterious necklace for her. It is only later, when the village is threatened, that Vasya discovers that the gift makes her the only person who can fight the darkness. Pair with a smoky Lapsang Souchong, a tea leaf that is often used in Russian blends.