An interview with Stacey Lannert, and how she learned to live in prison. 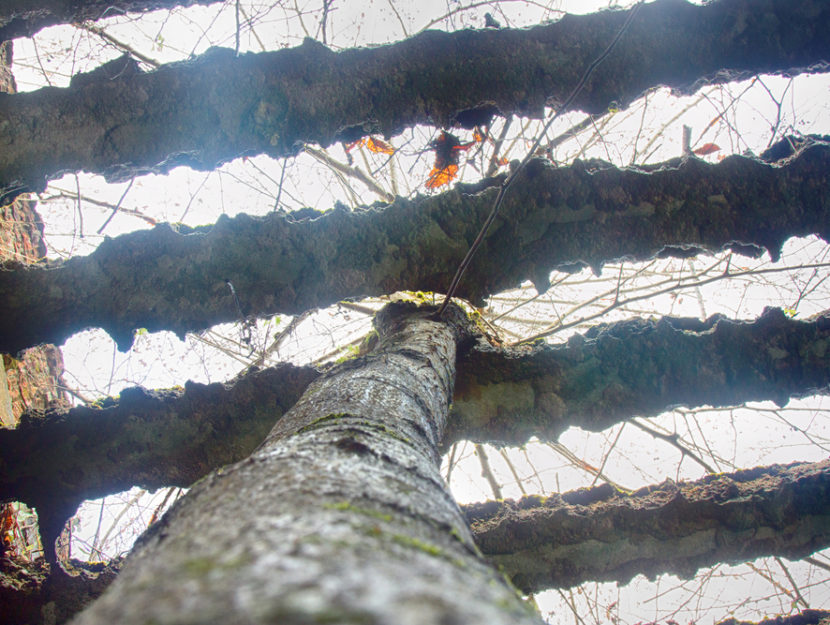 Kira here, editor of Read It Forward. Before we introduce you to Stacey Lannert and her memoir, Redemption, I have to tell you about the day I met Stacey.

I was working at Harmony Books at the time. I remember when editor Julia Pastore brought in Stacey Lannert’s memoir proposal. Her story is unthinkable.

On July 4, 1990, eighteen-year-old Stacey Lannert shot and killed her father, who had been sexually abusing her since she was eight. Missouri state law, a disbelieving prosecutor, and Stacey’s own fragile psyche conspired against her: She was found guilty of first-degree murder and sentenced to life without parole.

What could have been a dreary, depressing book proposal was anything but. Everyone who read it was inspired.

Download an excerpt of Stacey Lannert’s memoir Redemption, and you’ll see why!

The next step in the process is to meet the author. I loved what I had read. Still, I hope Stacey won’t mind my admitting this: I was nervous.

Our meeting came just days after outgoing Missouri governor Matt Blunt commuted Stacey’s life sentence. Stacey had spent her entire adult life (up to that point) in prison. What would we talk about? Would she be intimidating? Would her tragic story hang in the air, a heavy cloud of sadness and anger?

My nervousness was totally unfounded. Stacey walked into our conference room and I swear it was like the sun came out from behind a cloud.

Stacey is full of light. She’s warm and open and curious and super smart. And so funny! Our hour meeting flew by. We were rapt. We didn’t want our time together to end when Stacey’s agent Kristen took her to meet with another publisher.

Happily, Harmony Books won the right to publish Redemption. Stacey’s story will help many people work through their own suffering and come out the other side stronger and more hopeful.

Redemption is about how Stacey Lannert learned to be free while living behind bars. It is a coming-of-age story set in a parallel universe of a maximum-security prison. And, it is a story of sisterhood, courage, and justice finally served.

Read It Forward asked Stacey Lannert and Kristen Kemp to interview each other, so RIFers can get a sense of these two remarkable women: how they wrote the book together and what they learned in the process.

Stacey Lannert: What compelled you to write about my story and get to know me? Was I what you had expected?

Kristin Kemp: My father was a police officer when I was little, so I was interested in writing about criminal justice, and about women who were tangled up in legal matters. At the time, Glamour magazine was looking for stories for its news section. So I jumped at the chance to try to bring awareness to a woman’s cause. I started searching the Internet for article ideas. Your website at the time (freestaceylannert.com) immediately moved me into action.

You were a young woman in a critical situation. I could not fathom how a young woman could be locked up in prison after she had suffered so much as a child. Glamour agreed with me and assigned the story. I felt drawn to you because we were the same age and from similar Midwestern backgrounds. I had to find out what really happened for myself.

When I called to request an interview with you, I was incredibly nervous. Who was I to barge into your life to write your story? What would you think of me? Luckily, you were gentle and patient. I realized that you might have been a little nervous, too. But you were calm, patient, and self-assured as you answered every one of my questions with incredible poise. I thought you were soft-spoken but strong. You were extremely smart – and a true inspiration.

KK: Were you always comfortable telling your story? Why have you decided to share it?

SL: I have never been comfortable telling my story, and I sincerely doubt if I ever will be. I tell my story because I want others to be able to tell theirs. Healing begins when wounds are exposed. I believe we can end sexual abuse by being open about the trauma and devastation it creates.

Did you ever think of backing out? Was my story ever too much for you to handle? Has this experience changed you in any way?

KK: I never thought of backing out. The story had to be told, and I wanted to help do it. Honestly, the process of learning the details and writing them out was sometimes overwhelming. I had days when I had to stop and process all of the information you told me. I internalized the sadness at times, and I think that was necessary so I could properly convey your feelings and thoughts into your book.

You, on the other hand, could tell when I was sad, and you would change gears. You’d share a funny story to lighten things up. Or you’d say something inspiring, often reminding me that we can’t always choose our life’s path because our path chooses us. I would come out feeling inspired once more, and I would continue to write the pages, sometimes at a feverish pace.

I am forever changed by the experience. I am more in touch with a full spectrum of emotions in myself and in others. I am more protective of myself and the people I care about. I have become fiercely protective of my children. I am acutely aware of the destruction that occurs in the aftermath of sexual abuse – and of the awakening and strength that comes out of survival.

Did you ever think of backing out?

SL: I thought of backing out during every second of the writing process – and even now. But I want the world to change how it views sexual abuse. It is not just a “family problem,” it is our problem as a society. We can be the voices of the silent. We can be strong for the helpless. We can stand up for the children and send a message to offenders that sexual abuse will not be tolerated by a slap on the wrist, but with lengthy jail terms, counseling, and accountability.

KK: What was the hardest part of sharing your story? Were there times when you wanted me to slow down our writing process?

The hardest part of sharing my story was remembering the good times, and remembering the love. It was hard not to let self-pity creep in and wonder why we couldn’t always be happy. Why me? Why our family? The entire book was hard. Issues I thought I had made peace with resurfaced, nightmares began again, and withdraw occurred. I wanted to slow down the writing process; I wanted to quit. But I didn’t. We pushed through, and I feel so free. I feel whole. I feel complete.

SL: Which parts of the book were most inspiring for you?

Stacey’s low points during her prison stay inspired me the most. Stacey felt unimaginable loneliness and despair, but she never stopped caring about others, and she always gave of herself. Stacey is the kind of person who volunteered to help at-risk teenagers and survivors of sexual abuse who came to the prison as part of outreach programs. She became the president of the women’s prison association. She trained service dogs that she would send off into the world to help other people gain their independence. She accomplished incredible things despite her highs and lows – and despite the fact that she was serving a life sentence.

KK: So much has changed since we first met. Besides your freedom, what has been the biggest change in your life? What has stayed the same? Is freedom what you imagined it would be?

SL: The biggest change in my life has been creating vulnerability with others. My life had been about self-preservation, so it has been extremely difficult to let other people in, to open myself up to the vulnerability of understanding, friendship, and love.

Asking for help with new technology has been difficult and humbling. Every time I upgrade my phone, I accidentally hang up on people for the first two weeks. I just traded up to an iPhone. I was finally ready for it (after two years being home). Public bathrooms were a bit overwhelming. Most are automated now, but there is no uniformity, and each one has different mechanisms. There should be instructions on the back of the door when you first walk into one. I once had to ask a teenager how to work the automatic hand-towel dispenser in the bathroom.

Not much has stayed the same. My world is constantly evolving. The only aspect of my life that has not changed is my desire to change the world. I hope to help end sexual abuse as we know it so that children can feel safe in their own homes, in their own beds. We are adults, and it is our job to create a world of possibility for children, not a world of nightmares.

Freedom is not what I imagined it would be. It was hard to let myself daydream about something I was never sure would come true. But, of course, those slim moments of hope would shine through. I could never begin to imagine the awesome sense of responsibility that comes with freedom. It is a bit overwhelming at times, and takes many forms.

For example, am I doing the right thing by writing this book? Will it help more people than it will harm? Can I make my insurance payment this month? Should I take this job? Who do I want to be when I grow up? It was difficult entering the world like a newborn for the first time in a thirty-six-year-old body. I sort of felt like Tom Hanks in the movie Big, but at least I knew enough not to nibble on the baby corn.

Visit Stacey Lannert online at www.HealingSisters.com, the organization she founded to speak out about sexual abuse and share her message of love, healing and forgiveness. 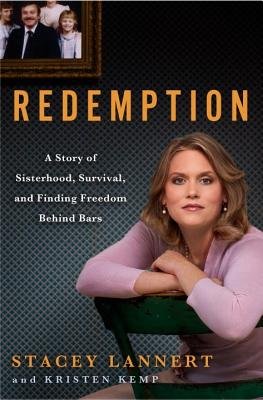 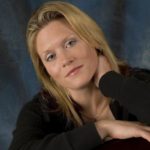 STACEY LANNERT was born in St. Louis, Missouri, in 1972. In 1992 she was convicted of murder in the first degree and sentenced to life in prison. On January 10, 2009, she was commuted and released. She is currently living and working in St. Louis, where she trains dogs, teaches, and has founded Healing Sisters (http://healingsisters.org), a resource website and nonprofit agency that raises awareness about sexual abuse and helps women support one another.