Read these novels inspired by the cinematic master. 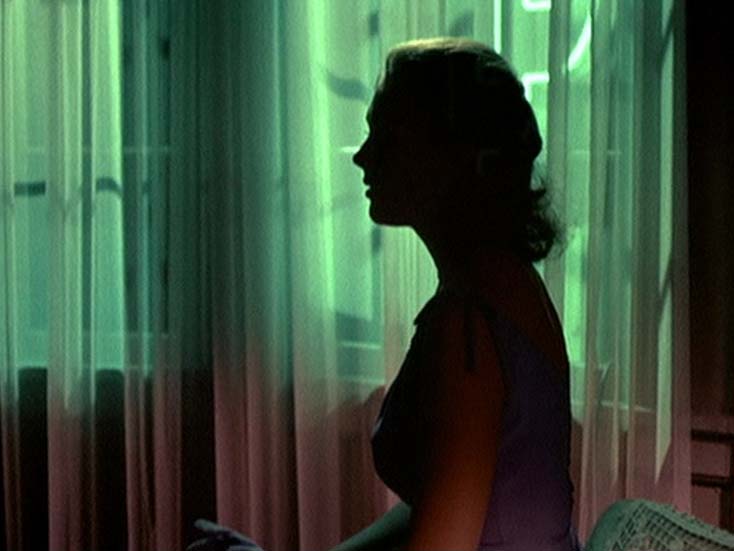 That Alfred Hitchcock’s films have a deep literary component is undeniable. Some of his best-known works were adapted from novels and short stories by a host of acclaimed writers: Psycho and Strangers on a Train were adapted from novels of the same name by Robert Bloch and Patricia Highsmith, respectively; The Birds was adapted from Daphne Du Maurier’s short story, and Vertigo is an adaptation of the novel D’entre les morts by the writing team known as Boileau-Narcejac. It’s an impressive array of writers and one which—given the enduring place of Hitchcock in popular culture—helps keep the name of certain essential writers in the public consciousness.

Hitchcock’s work with talented writers didn’t always pan out—in Francois Truffault’s book of interviews with the filmmaker, Hitchcock, he has less-than-warm feelings about his time working with Raymond Chandler. (“[O]ur association didn’t work out at all.”) But when it did, it led to films that remain classics, and which have heightened the profiles of the authors associated with them. And for all that Hitchcock’s films have had an enduring cinematic legacy, many of those same films have also had a lasting influence on literature.

Sometimes, this can take the form of sly allusions to iconic cinematic moments. Eric Kraft’s Flying collects a trio of short novels about a man named Peter Leroy, who looks back on his time crossing the country in an unorthodox flying vehicle in the 1950s. At one point, Peter finds himself in the Midwest, fixated on bizarre goings-on in the distance involving a man being chased through a field by a crop-duster. In other words, the action pauses for a moment while the story’s narrator can lurk in the background of a famous scene from North by Northwest. The Birds has also worked its way into various novels, with the “seemingly normal beings suddenly overwhelmed by murderous urges” plotline used by in books by writers like Emily Schultz (The Blondes) and Nick Antosca (The Obese) to satirize contemporary American society.

A more subtle structural nod to an iconic Hitchcock film can be found in a recent novel by the French writer Marie NDiaye. Ladivine begins with a woman with a secret: Clarisse, who periodically leaves her family behind to travel by train to visit her mother. Clarisse, the reader soon learns, has kept the truth of her background from her family, and changed her name from Malinka when she became an adult. Her relationship with her mother is a complex one, sometimes guilt-ridden and sometimes contemptuous, but it’s clearly left its mark on her. Eventually, the strain of this fractures her family—but before the full scope of this deeply personal drama can play out, Clarisse is abruptly murdered.

The suddenness of this, and the way in which it sends a carefully-balanced narrative into unexpected places has prompted multiple critics to make comparisons between it and the murder of Marion Crane in Psycho. In said film, what began as the story of a woman on the run shifts into something progressively more unsettling, and while NDiaye’s narrative concerns are very different, that initial act of violence hangs over the rest of the proceedings, and establishes a mood where anything is possible.

Vertigo is considered by many to be Hitchcock’s best film, as well as one of the greatest films ever made. It, too, has had a substantial literary influence; in recent years, its effect has been felt in works as diverse as Bennett Sims’s unconventional zombie novel A Questionable Shape and Gabriel Blackwell’s disorientingly metafictional Madeline E. Vertigo offers a host of narratively compelling components: obsession, control, disguise, doubles, and possession; a protagonist whose sanity is called into question; a multi-layered narrative that easily takes on a metaphorical aspect.

A Questionable Shape is a haunting book, an intellectually-told story about intellectually-minded people in a world where the dead have begun to walk again. Footnotes abound in Sims’s narrative, including textual observations on how the footnote is a kind of zombie relative to the rest of a book. In interviews, the author has cited Vertigo as a zombie movie of a kind, and, in one with The Iowa Review, he explained its relevance to his own work. “One of the properties of the novel is that it takes place in a world where zombie movies don’t exist,” he explained. “So what they end up having to do is read undeath into movies we don’t normally think of as zombie movies, like Vertigo or Solaris.”

In a conversation with his publisher at this year’s Mission Creek Festival, Sims also spoke of how the novel’s cover design evokes Saul Bass’s iconic artwork for Hitchcock’s film. A different riff on Bass’s design encloses Gabriel Blackwell’s Madeleine E. Blackwell’s fiction often echoes well-known literary sources, from Raymond Chandler’s detective fiction to H.P. Lovecraft’s cosmic horror. Madeleine E. is organized as a book-length essay, interpolating quotes from other books (some directly about Hitchcock, some not) with observations on Vertigo and scenes from its author’s life. But it’s here that Blackwell pulls an interesting narrative trick and one which evokes the instances of doubling found in Vertigo. The author of the book within the book is Gabriel Blackwell, but he’s one of two writers sharing that name, each of whom is about to begin work on a book inspired by Vertigo.

Things advance even more when Blackwell ventures from Portland to San Francisco and begins to search for his doppelgänger. The narrative is occasionally punctuated by proposals for Blackwell’s book on Vertigo, none of which quite line up with the work we’re actually reading. Identities blur even further as the novel progresses, and the ways in which Blackwell uses the techniques of sober nonfiction to encircle a narrative which is quickly becoming a delirious meditation on a film that’s far from lucid is memorable and, at times, ingenious.

Among the reasons Alfred Hitchcock’s films have endured over time is their simultaneous understanding of the form and their willingness to subvert it. One can learn a myriad of lessons from studying these films, and their narrative implications can be put into practice in any number of different mediums. And the stories that can be told as a result have an almost limitless number of permutations available to them, from satirical thrillers to existential meditations on identity. It’s an almost limitless cultural legacy.