A Conversation with Erzsébet Báthory, the Blood Countess

Ever wanted to sit down with the murderous matriarch of The Countess? Now's your chance. 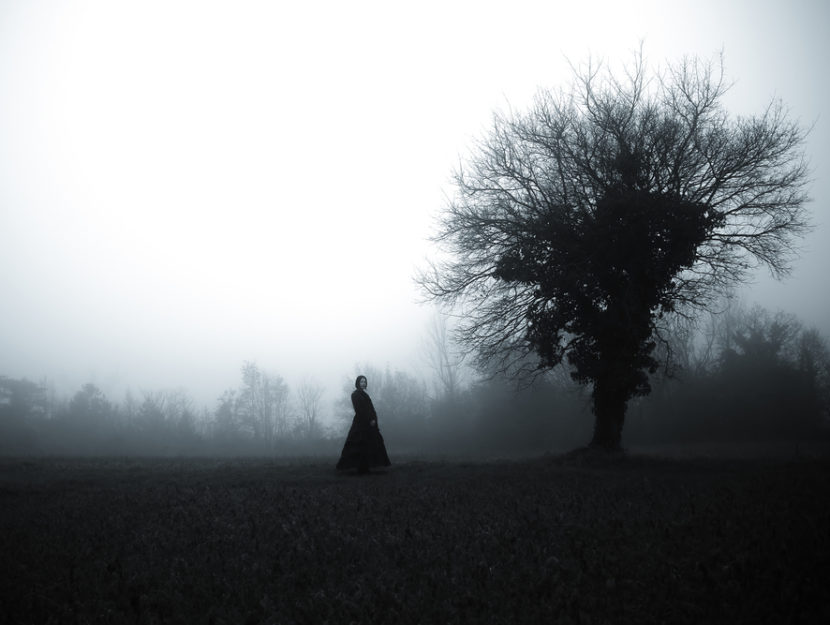 Was the “Blood Countess history’s first and perhaps worst female serial killer? Or did her accusers create a violent fiction in order to remove this beautiful, intelligent, ambitious foe from the male-dominated world of Hungarian politics?

Author Rebecca Johns imagines a conversation with her heroine and so-called “Blood Countess” Erzsébet Báthory. To spend more time with this complicated and fascinating woman, you’ll have to read The Countess!

Rebecca Johns: Has popular culture portrayed you fairly? Do you feel you are misunderstood?

Countess Erzsébet Báthory: My name has been dragged through more filth than I can imagine. They say I have eaten pieces of my servants, beat them with my own hands and bathed in their blood. They have turned me into a human vampire, an abomination. A useful legend, and one sure to keep me here in my tower for a long time to come.

But my actions, such as they were, were within my rights as a noblewoman and landowner. The girls who died were whores and thieves, and I had every right to punish them as I saw fit. Was I to allow licentiousness and thievery to continue under my very nose and do nothing to stop it? Should I have looked away as they stole not only the affections of my lovers but my children’s inheritance, until we were all as destitute as a bunch of beggars? I could not. I would not.

RJ: When were you happiest?

CEB: When I remember the Hungary of my childhood – a country torn apart by peasant revolts, by the disaster at Mohács, by the sultan’s occupation – I remember not a world of dust and sorrow but the lights and music of my father’s house in the marsh at Ecsed, where he and my mother entertained their friends and relatives from all over the remnants of the old kingdom. I remember the sounds of the cimbalom and the tambor, the swish of ladies’ skirts as they moved in the dance, the softness of their voluminous white sleeves. I remember the servants lighting the lamps here and there in the house, illuminating the corridors, their faces glowing as if lit from within, my mother and father dancing together the way they did during the celebration for the birth of my youngest sister. It seemed a world full of hope still. It is a child’s memory, surely colored by a brush of emotion, and yet in many ways it is more true to my experience than all the history I was to learn about later, about the sadness that came with being a Hungarian after Hungary, as we had always thought of it, had ceased to exist.

RJ: What was the darkest moment of your life?

CEB: The death of a child is the hardest thing any woman has to face. Little Tamás, less than a month old, and his sister Orsika – the plague took them both within a few hours of each other. That year some of the servants had caught the disease, and though I had them quarantined in a storeroom outside the walls of the estate, it was too late to keep it out entirely. During a few bad weeks in July and August the bells of the church tolled endlessly for the victims of the contagion. The burning of bodies went on day and night, the wind blowing the stench into the windows and walls no matter how tightly we nailed the shutters closed.

One day the baby was fussing more than usual, so that I thought he had soiled himself, but when I opened the diaper I saw it – a hard little bump in his groin announcing the beginning of the plague. In a day his face was black with it, and in another he died. Little Orsika – the one who had so loved her brother and doted on him – followed a few days later, her beautiful pale skin bruised a terrible black. I held her in my arms when she took her last rattling breaths and cursed God that ever I had been born a woman.

Like my own mother after my father’s death, I took to my bed, but I didn’t weep for my dead ones. I stared at the mirror on the far wall, at the wild-haired, squint-eyed madwoman who stared back at me. How would I explain this to Ferenc – the plague coming into our house, and taking our son and little daughter with it, and so quickly too? Rage and grief strained inside me, threatening always to burst free. The servant girl who left wet spots on the floor of my room, so that my oldest, Anna, slipped and bumped her head against a table, I thrashed with the heavy end of a candlestick, keeping my blows to the arms and legs so that she might endure a longer beating. The cook who burned the fine piece of salted fish someone sent as a gift I whipped in the courtyard until her blood spattered my white blouse and I had to change into a new one. The servants shrank at the sound of my voice, rushing away at my footfalls in the halls and the courtyards, but I didn’t care. They were worse than useless, nothing but lazy whores who ate my food and gossiped about me and rutted like dogs when my back was turned, letting disease and death into my house. They cared nothing, nothing for the sufferings of me and my children. Let them all be damned, I thought, if I must be.

RJ: What are you most afraid of?

CEB: What is any woman afraid of? Of being neglected, of being alone. Nothing frightens me more than the thought of the nunnery, that I might end my days with the shaved head and frostbitten feet of a mendicant, locked up and forgotten. Irrelevant. Decayed.

Once a week the guards outside my prison bring me fresh clothes and go out again, to give me some privacy. Exposed, my body is a thing I do not recognize. The skin at my belly, stretched from the pregnancies and births of six children, hangs under my navel, webbed with white stretch marks and so loose I can gather it in my two hands. My breasts hang limp and empty as wineskins, and the flesh at my neck is crumpled, mottled red and brown, my feet callused and tough. Up and down my legs are spidery veins, blue and green, that divide my new self from the old like borders drawn on old maps, conquered by time and indifference.

I put on the clean clothes, but they hang loose from my shoulders and gape open at my wrists. I have grown thin in my tower, fed on porridge and fatty meat, bits of undercooked pork or overaged cheese, the sour wine left behind in the cellars. It is as difficult to take pleasure in food as it is to take pleasure in breathing. I remember how I once was, my cheeks pink and blooming, my bosom plump over the tightly laced waistcoat, my hair glossy with health, my smile as sure of a man’s love as any woman ever was. Now my skirt hangs about my waist because there are no ladies to tie the cords or iron the lace frills of a new collar into stiff little points, to serve my face upon it like a platter, as my mother’s ladies once did for her. I do the best I can with the ties but still nothing fits properly. I push the sleeves up my wrists, bunch the blouse under the waistcoat. When I am dressed I take a moment to rub sweet almond oil into my hands, my face. A little berry juice on my lips and cheeks gives them a little of the old life back, rose and cream. A few drops of ink helps to cover the streaks of gray at my temples. When I look in the mirror I begin to recognize myself once more, a little of the Erzsébet who arrived at the house in Sárvár as a new bride, who danced with Thurzó in the moonlit halls of Bécs. I touch my face, feeling the old bones under the flesh. I once laughed at the vanity of women of forty and fifty who wore cosmetics to balls and parties, who whitened their ruddy old skin with lead, but now I know such salves are not disguises for old crones who wish to catch a young husband. Instead they are only a mask we wear so that we can, for a little while, still recognize ourselves.

RJ: What is your biggest regret?

CEB: The sins of one’s youth need only be repented once, as my friend the priest tells me during his visits. “For God’s mercy is everlasting,” he says. I don’t tell him that even if God forgives you, you do not forgive yourself. You live in your sorrow like in a room of mirrors that reflects on and on to eternity.

If I could have one wish for my old age, besides to walk out of this tower and ride away, it would be to return one more time to the marsh at the family seat in Ecsed where my brother and sisters and I played as children among the lichen-covered stones of the fortress, where my mother and father, my family, were once so happy together. Perhaps there I might be visited by the ghosts of all my dead ones, my parents and siblings, my husband, my children, my friends, all the dead Báthorys and Nádasdys who have gone before me. And the others, the ones who died at my hands, whose faces I see now always coming in through the cracks of my walls, the stone gap at my door. Was I wrong to treat them thus? Was it not my right, as the mistress of the house, to punish them as I saw fit? I have lost my children in payment, my fortune, my good name – everything. Their lives did not seem worth much to me, but I would give them all back, every one, for one more day with my children and grandchildren. I have lived more than fifty-three years in this old world, enough to see my hair turn gray and my beauty fade, enough to bury my husband and my friends, my mother and father and sisters and brother, my children, and I know that I’m the unluckiest person left on this earth. Death alone will be my consolation, when it comes, and yet I dread it. I dread what waits for me on the other side of the curtain, what new heaven, or new earth, is in store for me.

Visit Rebecca and the Countess at www.RebeccaJohns.com 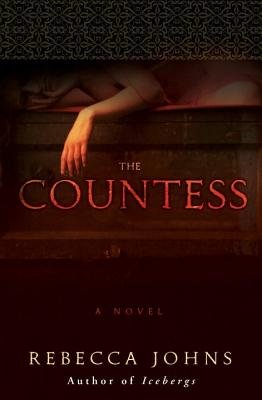 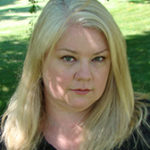 REBECCA JOHNS is an associate professor of English at DePaul University and a graduate of the Iowa Writers’ Workshop. Her first novel, Icebergs, was a finalist for the 2007 PEN/Hemingway Award.