What It’s Like to See Your Family Portrayed in Fiction

By ELIZABETH LETTS • 1 year ago 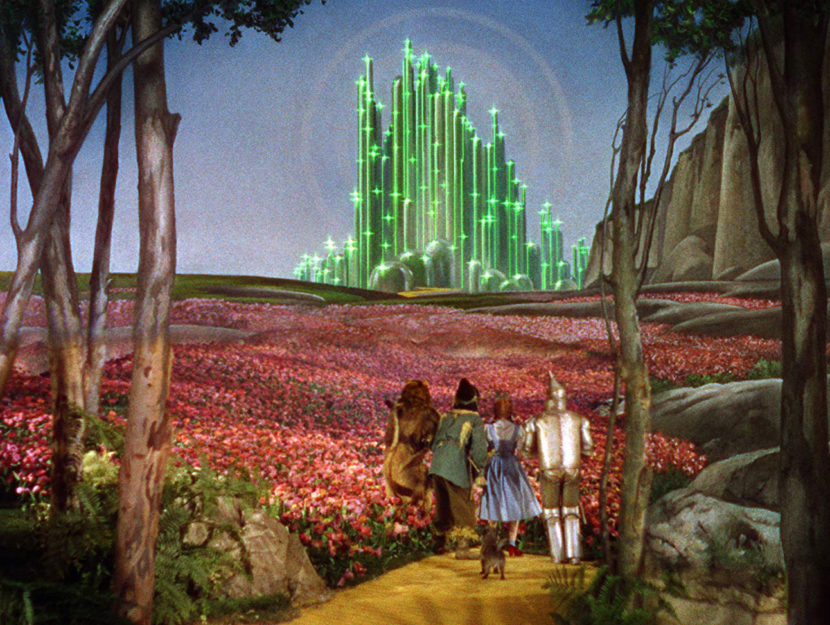 Elizabeth Letts is the author of Finding Dorothy, a new novel that explores the real lives that inspired the writing of, The Wonderful Wizard of Oz, as well as the making of the classic 1939 MGM movie. Here, Elizabeth talks with Gita Dorothy Morena, great-granddaughter of L. Frank Baum, author of The Wonderful Wizard of Oz, about family, feminism, and what it’s like to see your own ancestors portrayed in fiction.

ELIZABETH LETTS: Welcome Gita, thank you so much for agreeing to speak with me today. Your middle name is Dorothy. Are you named after Dorothy in your great-grandfather’s novels? And what about your mother, who I understand was named Ozma? How did she come by that name?

GITA DOROTHY MORENA: My grandfather married a woman named Dorothy. Dorothy gave birth to my mother, and L. Frank chose my mother’s name, and he named her Ozma, after the benevolent Princess Ozma who rules over the peaceful Land of Oz in later books in the series. When Ozma grew up, she named me Dorothy, so the name Dorothy has really carried through the family.

EL: Your family’s matriarch was L. Frank Baum’s mother-in-law, Matilda Joslyn Gage, a famous 19th-century suffragist and close colleague and friend of Susan B. Anthony. It seems that passing along legacies, mother to daughter, has been an important custom in your family.

GDM: Yes. Matilda Joslyn Gage is my great-great-grandmother. She started a tradition in our family of empowering the feminine. And I feel like that has really been our guide, even up to the current moment, even through all the disorientation we feel with so many changes in our culture. The principle passed down in our family from Matilda is that there’s a way to find our way home, and that way is through our relationships and truly believing we can find what is most important to us.

EL: Sounds a lot like The Wizard of Oz’s underlying message. Did you see that quality in both Matilda and her daughter, Maud, who married L. Frank Baum?

GDM: Yes, absolutely. What Maud and Matilda shared was that they were both unquestionably powerful women, although they used their influence in different ways. Matilda was a real powerhouse for women’s voting rights, working alongside Elizabeth Cady Stanton and Susan B. Anthony, and although Maud didn’t take on her mother’s political activism, she was equally powerful in terms of supporting L. Frank, and (through his writing) allowing Matilda’s ideas of women’s equality—ideas that were considered deeply radical when Matilda first espoused them—to influence our culture in a profound and sustained way.

EL: Matilda Joslyn Gage died in 1898 and L. Frank Baum died in 1919, long before the MGM film was made. So much time has passed. How much do you think you can still feel their influence in your family?

GDM: You know, one of the values in our family has always been that as a woman you can do anything you want to do. You can use your mind to think independently to not feel limited in any sort of way. I think their legacy is very much alive.

EL: And it’s not just your family, is it? The Smithsonian has called The Wizard of Oz “America’s first homegrown fairy tale.” What does it feel like to know that such an integral part of American culture was invented by your ancestors?

GDM: Absolutely, every day there is a reference related to Oz in the media. And Oz is a story about the feminine. So, over the past few years to witness how women are finding their voice and starting to come forward in all the different ways that we are, it’s been quite amazing. We see Matilda’s advanced ideas spreading throughout the culture, through the touchpoint of L. Frank’s enduringly popular story.

EL: I’m curious whether you think that Frank Baum would have been the man that he was if he had never met Maud and Matilda? How much do you think these powerful women, his wife and his mother-in-law, influenced him? Do you think he was open-minded and therefore became influenced by these very forward-thinking ideas about women’s equality? Or do you think he brought some of those ideas with him into the marriage?

GDM: Well you know, I think he was raised to think very independently. He was home-schooled and he was encouraged to be creative, so I think when Maud came into his life, she also had that, so there was a resonance between them. Frank and Maud were very very close.

EL: Did your mother, Ozma, share specific stories about her grandmother, Maud?

GDM: I remember my mother telling me that Maud really encouraged her to be independent and even to be free in her fashion choices—for example, she encouraged her to wear pants when that was uncommon for women, you know, just to break with tradition and to feel free to do what she wanted to do.

EL: You’ve read Finding Dorothy. Anything in the book that didn’t quite reflect the real story as you know it?

GDM: I loved that you chose to portray Maud attending the premiere of The Wizard of Oz alone. But that’s not the whole story. In fact, Maud only had one ticket, so all of her grandchildren secretly bought tickets to the premiere, and they all came in and sat down without telling her.  Maud was standing at the podium, getting ready to say a few words into the microphone, probably quite nervous, when she looked up and saw that every one of her grandchildren had come out to support her.

EL: Your mother, Ozma, was at The Wizard of Oz premiere?

GDM: Indeed, she was. She had very vivid memories of the occasion.

EL: I have to ask you, what does it feel like to read about your family members when they appear in fictional form, as in Finding Dorothy?

GDM: Well, I have to say that I really enjoyed that you decided to write about Maud. A lot has been written about L. Frank himself, and about Matilda Joslyn Gage, so it’s fun to see her sort of brought out of the shadows. And it was really interesting to see how you started, and then how you filled in some of the details with fiction about what might have been. What they might have been thinking and feeling and reacting, and with fiction, you are really saying, “This is what might have been”… because in a way all history is like that. We don’t really know, but we try, and so it was really kind of relieving in a way, and it was great to get to know her and see her honored because she played a big role in L. Frank’s life.

EL: So, I have to know, did the Baum family descendants get very rich from the incredible success of The Wizard of Oz movie?

GDM: Well, we don’t have any business people in the family—just artists, and so no, The Wonderful Wizard of Oz is in the public domain, and I think in a way that’s where it belongs.

EL: Well, as an artist myself, it kind of broke my heart to realize that L. Frank and his descendants really didn’t profit from The Wizard of Oz’s legacy. But, perhaps like no other American story, it does feel as if The Wonderful Wizard of Oz belongs to all of us. And you have such an incredible family legacy of wisdom and kindness. I can’t think of anything better than that. Thank you so much for joining me today, Gita.

Gita Dorothy Morena, Ph.D. is the great-granddaughter of Maud and Frank Baum. She is a licensed marriage and family therapist. She is also the author of a book titled The Wisdom of Oz. 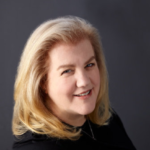 ELIZABETH LETTS is the #1 New York Times bestselling author of The Eighty-Dollar Champion and The Perfect Horse, which won the PEN Center USA Literary Award for research nonfiction, as well as two previous novels, Quality of Care and Family Planning. She lives in Southern California.