6 Cookbooks to Read in Bed

Are cookbooks the new novel? We wouldn't disagree with you.

By Lydia O'Brien • 3 years ago 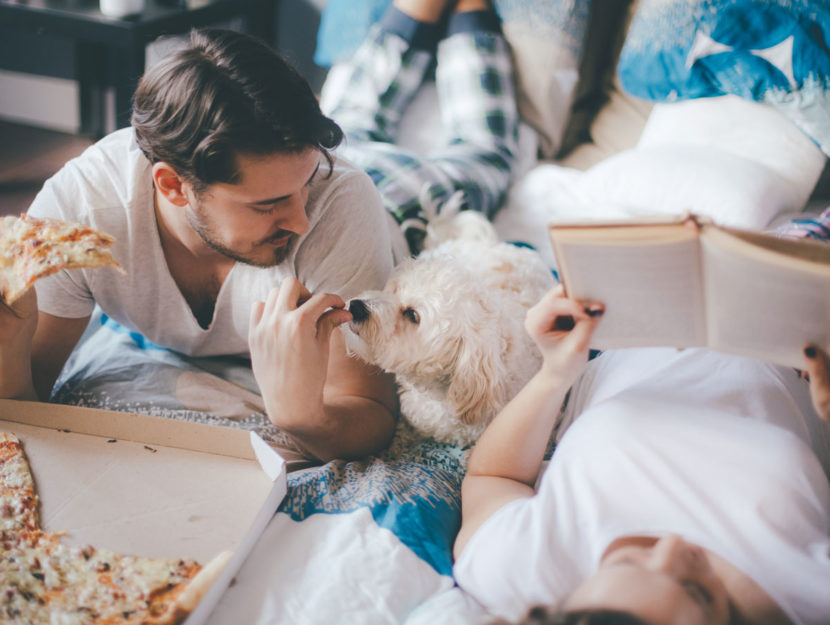 Some cookbooks rival encyclopedias in their scope and the width of their spines. Still others are almost Biblical in their detail, while some strive to be the practical handbook we all sometimes need in the kitchen. The stripped-down, step-by-step approach is crucial after a long day when you’re grasping for some certainty in the hectic, weekday world.

But when the time comes to slip into PJs, wouldn’t it be lovely to break open a book that soothes you to sleep with flowing, lucid words about food—instead of worrying about the fate of characters in your novel or the sociopolitical climate of Russia—before you approach a dream state? Don’t we all miss the days when the books we read had colorful pictures on every page? How many times have you glanced at a cookbook and thought you would love nothing more than to pore over it for an uninterrupted hour, without having to make a grocery list?

This roundup is the answer to that craving. Reading cookbooks in bed isn’t about storing things on a mental to-do list. It’s about experiencing the gorgeous language these writers use to weave stories together—stories that just happen to feature radishes from time to time.

LYDIA O’BRIEN is an English-major-turned-foodie who fell in love with food culture during her junior year in Rome, and she continues to preach the idea that eating pasta and gelato every day isn’t all that bad for you. Her spirit library is the one from Beauty and the Beast (the 1993 animated version, obviously) and her apartment’s bookshelf is currently under repair after holding far too many dictionary-sized cookbooks.