21 Books Set In a Post-Trump World

In ways both subtle and overt, writers are responding to our Trumpian climate. 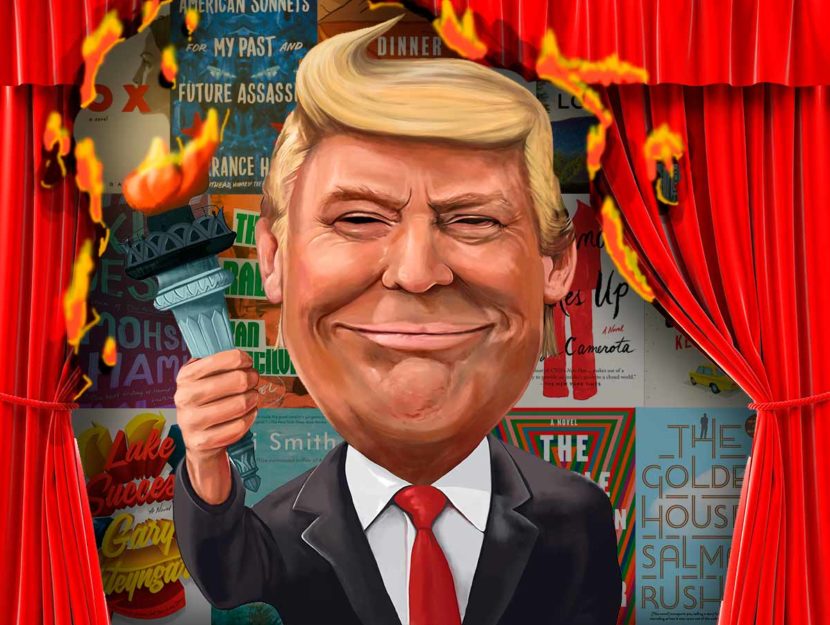 Whether we like it or not, this is the age of Trump. Maybe Trump’s actual presidency will last for four years (or maybe less, fingers crossed), or even eight, but the repercussions of his policies, his behavior, and the world’s reaction to him will be felt for much longer. Entire volumes could be written about the impact of Trump’s tweets alone. In less than two years of the Trump era, writers have engaged with our political landscape with renewed passion and indignation. Poets and short story writers have traced Trump’s disheartening influence, and even novelists—not always known to be the quickest to respond to topical politics, considering how long it takes to craft a novel—have already tackled, in various ways, our Trumpian climate.

Sometimes directly and sometimes less overtly, it’s impossible to deny the effect Trump’s election has had on literary art. Many have called this the “post-truth” era, but these 21 books show that great literature doesn’t lie like Trump lies—self-aggrandizing, fault-avoiding, and shortcut-chasing. Instead, literature invents in order to tell us hard-won and difficult truths. Deception conceals; literature reveals.