You might know her work on The Office and The Mindy Project, but do you know what she reads? 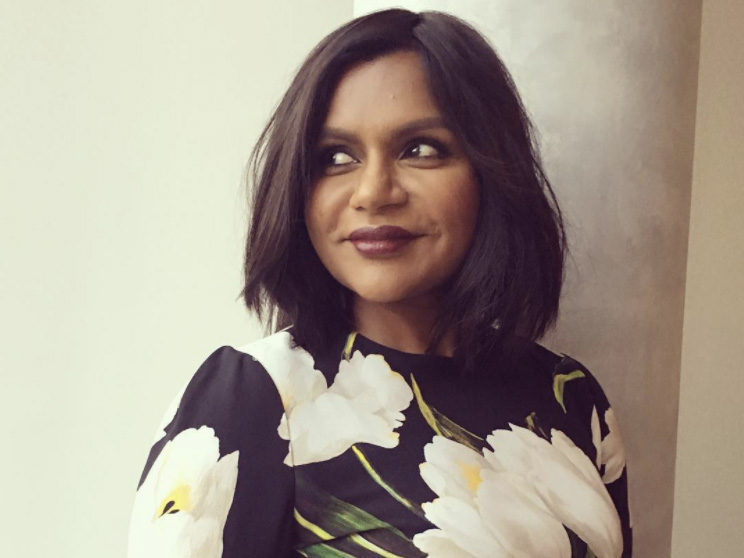 Mindy Kaling is known for her comic writing, from her work on television shows like The Office and The Mindy Project to her hysterical memoirs Is Everyone Hanging Out Without Me? and Why Not Me? But what you may not know, is that she’s also an avid reader and constantly posts pictures of her favorite books on Instagram. While some of her favorite books are written by her close friends (read: Lena Dunham and Amy Poehler), Mindy loves to post about classics, modern-day romances, and other books that will inspire you to build up your TBR pile.

A Wrinkle in Time by Madeleine L’Engle is the classic science fiction children’s book, which has been hypnotizing readers for more than 50 years. It also happens to be the inspiration for the new Ava DuVernay-directed film starring Reese Witherspoon and Oprah, who play Mrs. Whatsit and Mrs. Which alongside Kaling’s Mrs. Who.

Chrissy Teigen loves food, and she’s not afraid to talk about it. She’s also not afraid to share her favorite recipes in her book Cravings, which is full of delicious meals people actually want to eat. It’s no wonder Mindy is cooking her way through the book, inviting her followers to “do a full Julie & Julia with it like I’m doing.”

Mindy has always been a loud and proud fan of Jhumpa Lahiri; she named her Mindy Project character (Dr. Mindy Lahiri) after her and even made the author an estranged cousin of her fictional character. In Other Words is a collection of autobiographical essays, written in both Italian and English, that follows Lahiri’s journey of learning to express oneself in a new language. Mindy calls In Other Words the author’s version of a literary mic drop.

Anyone who has read Mindy’s books knows that she is a big fan of romantic comedies. It’s no surprise that she loves Pride and Prejudice by Jane Austen, the OG of romance novels. This version is a limited-edition, signed by the illustrator. #Fancy!

The whole world went crazy over The Girl On the Train by Paula Hawkins, and Mindy is no exception. This thriller, which centers on a woman who believes she witnesses the murder of a woman she spies daily from her seat on the train, has kept readers on the edge of their seats since its debut. Here Kaling does her best “Girl on a Plane” impression—spying on her assistant as she reads.

A book with a Mindy name-drop in it? Yes, please! From the man who played Dwight Schrute, Rainn Wilson shares his memories of going from band geek to drama nerd and eventually one of America’s favorite geeks on The Office in his memoir The Bassoon King. In fact, Rainn’s former fictional self Dwight Schrute, writes the introduction, which will have you in stitches.

Another book written by one of Mindy’s friends, Modern Romance by Aziz Anzari is a look at what dating is like in the age of social media, and even features scientific data on the topic. Mindy packing it in her 4th of July travel bag makes you wonder if she read it for research for The Mindy Project.

It’s no surprise that Mindy’s busy reading the new book by B. J. Novak, her best guy friend and self-proclaimed “soup snake.” The Book with No Pictures is a children’s book meant to be read aloud and stimulate kids’ imaginations. Featuring lots of silly words, it will keep the kids you’re reading to laughing so hard they’ll forget all about the lack of pictures.

Mindy always has a book with her, especially on the set of her show. Last summer, she and co-star Ike Barinholtz participated in the New York Public Library’s social media initiative Read Everywhere and ‘grammed themselves with the hashtag #ireadeverywhere. Mindy’s reading another Jane Austen novel, Emma, about a young woman who loves matchmaking, even though she’s resigned to never finding love. Meanwhile, Ike chose the dictionary.

Bridget Jones’s Diary by Helen Fielding is the perfect novel for fans of romantic comedies, so it’s no wonder Mindy would receive a signed copy as a gift. It’s a modern-day take on Pride and Prejudice featuring an all new Mr. Darcy to fall in love with, and the perfectly-flawed Bridget taking the place of Lizzie Bennet. In some ways, we can totally see how Bridget—with her dating woes and penchant for Spanx—is a total precursor to Dr. Lahiri.

Mindy’s birthday bookshelf is full of classics (NW, Jane Eyre, Lolita…), but we love that she has a well-worn and well-loved copy of Harriet the Spy by Louise Fitzhugh front and center. The classic tale of the young spy has inspired girls for generations to be themselves and never give up—on a case, or themselves.

Sheryl Sandberg’s book Lean In has been an inspiration to woman across the country, so it’s no wonder Mindy decided to bring it for in-flight reading. This book provides both a guide for woman in the workplace as well as a comic take on how the author was able to get to her position as Chief Operating Office of Facebook. And for Mindy, Sheryl’s face provided some calm during a moment of turbulence.

Mindy’s love for reading even makes it into the script for The Mindy Project. Here her character is referencing The Life-Changing Magic of Tidying Up by Marie Kondo. We’re not 100% sure throwing out vegetables and bills is the what Marie Kondo meant when writing this book about decluttering your home, but we approve. They don’t bring us joy either.

Mindy’s a boss with a brand, so she totally gets the importance of self-promotion. Here, she’s  celebrating the paperback release of her book of essays Why Not Me?, the hysterical follow-up to Is Everyone Hanging out Without Me?, in which Mindy blazes her own path in Hollywood and reveals how she’s gained confidence along the way.