The road to publication is never a straight line. Renée Rosen, author of White Collar Girl, shares the challenges she's faced while becoming a writer.

By RENEE ROSEN • 5 years ago

All my life, I’ve wanted to live and work as a writer, and now as I prepare for the publication of my fourth novel, White Collar Girl, I’m grateful that I’ve been able to see my dream realized. Like most authors I know, my road to publication was a pretty bumpy ride. I did just about everything wrong before I learned to do a few things right. I’m writing this today in hopes that someone out there will benefit from my experience.

But before I delve into that, let me back up and come clean on a few things: 1) I’m a painfully slow reader. 2) I seriously can’t spell my way out of a paper bag. 3) I believe I’m an undiagnosed dyslexic. 4) On top of all that, as a young girl and even as a teenager, I didn’t like to read. As you can see, these are all exceptional criteria for someone who wants to be a writer. And yet, from as far back as I can remember, that’s what I knew I wanted to be when I grew up.

So even though I wasn’t reading Dr. Seuss and Nancy Drew, I was playing on my grandfather’s typewriter—an old 1930s model that I still have today. And in first or second grade, I had mastered four cursive letters—Es and Ls, Ms and Ns—and I wrote them over and over again on a chalkboard in our basement. Turns out that’s not sufficient training for a wannabe writer. But that didn’t stop me from diving in.

When I was sixteen, I set up a card table in my pink flowered bedroom, got a stack of paper and carbon paper, a bottle of whiteout and an old electric typewriter and began crafting my first novel. I worked on that novel all through my junior and senior years of high school, determined that I would become the youngest published novelist in the history of young published novelists. As soon as it was finished, I bought a copy of The Writer’s Market and started mailing it out to literary agents.

Naturally, I got rejected all across the board. I was seventeen and little did I know, it would take another thirty years before I’d be able to say I was a published novelist. So what did I do during those thirty years? Excellent question. First off, I actually became a reader. A real reader. I devoured books like The Great Gatsby, Crime And Punishment, Sister Carrie and even attempted Proust’s Remembrance Of Things Past. I also started reading contemporary fiction and started to study writing. I would dissect the scenes that touched me and try to figure out how the author made something work. How, for example, did Mona Simpson bring Ann and Adele to life in Anywhere But Here? How did Olive Ann Burns give Will Tweedy that unforgettable voice in Cold Sassy Tree? How did E.L. Doctorow transport me to another era in Ragtime? I also went to fiction writing workshops. 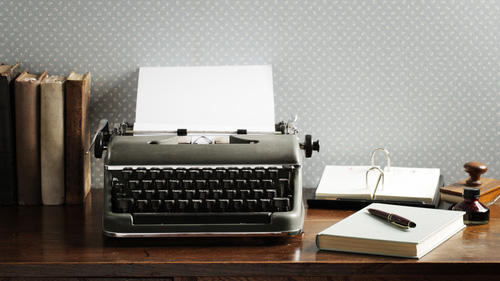 During this time, I had an opportunity to attend the Santa Monica Writer’s Conference, where I spent a week working with a debut novelist, Michael Cunningham, who would later go on to win the Pulitzer Prize. This was a turning point for me. Michael  asked us to write about a painful childhood memory. I pulled something from my past and when Michael saw it, he said that was the start of my next novel. I was shocked. It had never occurred to me to write about something so personal. Michael also referred me to his agent who agreed to represent a “Chick Lit” novel I’d written earlier that year. I thought I was home free! While the agent shopped my book around, I got busy—at Michael’s suggestion—writing what would become Every Crooked Pot.

It was during this time that I got my first taste of editorial rejection, which is brutal and can be harder to take than an agent’s rejection. After a few months my “Chick Lit” novel had made the rounds, been rejected by every editor and was dead in the water. After I licked my wounds, I went back to work, finished up Every Crooked Pot and sent that to my agent. She agreed it was a much better book than my previous novel, but said it was too quiet and that she’d never be able to sell it.

And just like that, I was right back where I started. No agent and another manuscript that no one wanted. Once I picked myself up off the floor, I went back to Every Crooked Pot and revised it again. Then I queried over a total of 300 agents, looking for the one who would take a chance on me. For every rejection letter I got, I sent out five more. Not long after that, a young agent saw something in my work and said yes! Together, we revised the manuscript again and then she took it out on submission. After several months of rejections, I started working on something else. So I wrote a new book and in fact, we were already starting to submit that novel when we got an offer for Every Crooked Pot. I was ecstatic and terrified (but I’ll save the fear for another essay). The main thing was that I did it—I got a book deal and could finally say, “I am a published novelist.”

But the other shoe was about to drop. Just like when I got my first agent, I thought I was home free, but it never occurred to me that my publisher wouldn’t want my next novel. But they didn’t. And neither did anyone else. So I set it aside and began writing another novel, and another one after that. In between, I also parted ways with my agent and found myself back on the query-go-round where I’d be for the next several years. There were some false starts in-between where an agent took on one my books and shopped it, only to find ourselves with a collection of lovely rejection letters.

I was destroyed and about to give up. I simply couldn’t justify the time I was spending on my writing without having something to show for it. At one of my all-time low points, a friend suggested I go back to a book I had all but forgotten about. So I pulled Dollface from the drawer and began revising it, but this time, I decided to seek the help of a freelance editor. Best decision I ever made. I hired someone I trusted who read the manuscript and pointed out what needed to change—things that never would have occurred to me. Per her feedback, I tore the entire book down, rewrote it and shortly thereafter, I found my agent, who, in turn, found my editor, who finally made my dream of living and working as a full-time writer come true.

Looking back on the journey, I can honestly say that I’m not one bit sorry about how long it took or how it’s all played out. For me, it has all unfolded as it should have. Now, as I write this piece while counting the days till the publication of White Collar Girl, and am in the midst of writing my fifth novel, I think about all the times I almost gave up. Many people I respected thought I should have. But the encouraging words from other authors and friends kept me going. So, if writing is your passion, my words to you are: Never give up. Your dream is alive as long as you keep at it.

Renée Rosen’s latest novel, White Collar Girl, about a female reporter in 1950s Chicago struggling to stand out in the journalistic boys’ club, is out now in paperback. 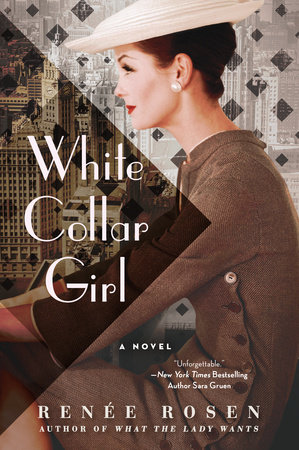 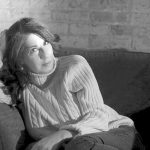 RENÉE ROSEN is the bestselling author of What the Lady Wants, Dollface, and the young adult novel, Every Crooked Pot. She lives in Chicago where she is at work on a new novel.

RENÉE ROSEN is the bestselling author of What the Lady Wants, Dollface, and the young adult novel, Every Crooked Pot. She lives in Chicago where she is at work on a new novel.