The Trouble With Language Is Language

Mark Z. Danielewski explains the confines of language and urges us, as readers, to explore outside our comfort zone.

By MARK Z. DANIELEWSKI • 2 years ago 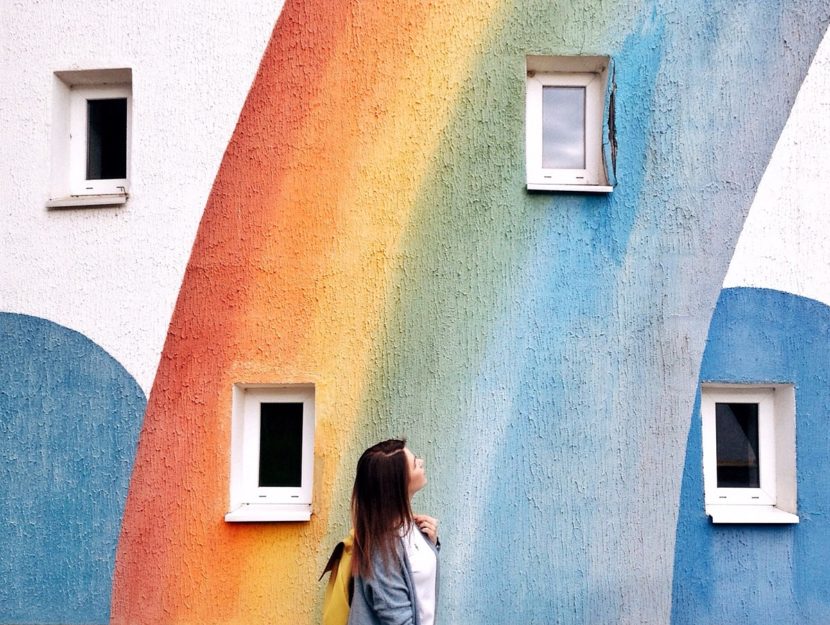 The trouble with language is language. It’s so inherent to who we are that we submit early on to its autocracy. In order to comprehend the murmuring of our parents, the customs of our tribes, cultural currencies of our communities, not to mention the laws of our societies, we commit to memory the structure of its authority. There is even (legitimate) cause to believe that at least part of our mind is genetically predetermined to form a neural architecture responsible for how we will come to communicate. Furthermore, language is not easily mastered: the rudiments come fast enough but the power latent in its capacity to express takes lifetimes to learn, and that doesn’t even include the languages of other countries, or certain fields of study requiring numeric or musical notation, plus the vocabularies of specialized professions and the argot of countless groups. What’s more, the necessity yet difficulty of language commands our constant attention; to the point that even when we’re thinking we’re not in its thrall, by thinking in the first place we usually are.

After all, words help organize, process and relate the world. And even if the world has little to do with words, words have everything to do with us.

Not that we won’t find moments that slip the bonds of our categorical minds—sounds and sights, sensations that penetrate us with such vividness that we are at a loss for words. Yet even such moments—verbally unframed, briefly uninterpreted—are limited too by the bodily mechanisms that interpret sound and light, textures and tastes, scents and temperatures, all of which are biased toward the body’s design to keep itself alive. Will this hydrate me? Feed me? Shelter me? Keep me company? Promote my well-being? Will this ensure the survival of my progeny and group?

Which is not to say we can’t pursue understandings that exceed our biological dispositions. Consider orbiting telescopes beholding distant galaxies or large colliders parsing atoms. In a curious paradox, the sensation of limitless expression that language bestows when pointedly directed to explore its own limitations, reveals ways to exceed our biases. Without seeing certain elementary particles, we can still discover them mathematically, posit ways to create tools to see them, which in we can turn build, which provide us with data we can interpret, finally allowing us to modify or create new vocabularies to grant the unseen position and even utility, hence moving viscerally beyond our intrinsic and culturally acquired needs to encounter more magnanimously a place that has little do with us but where we are still granted an instance of perspective.

The challenge today is not just to access but actually fashion new feelings that can more readily grasp and relate the consequences of complex issues that often counter the instincts of our feeble biological and linguistic machinery. Whether confronting climate change or systemic racism, we need to face how our prowess in communicating often fails especially when we persist in believing that old modes of communication will suffice.

These days few are exempted from witnessing worldover the clamor for new modes of communication. We want more images (visual proof) even as those images are degraded by the rise of algorithmic manipulations (deepfake videos). Prized transcripts are challenged by alternate testimonies which in turn are deauthorized by recordings later overturned by suspicions of willful alterations and so on. Identity more and more secures itself in partisan or sectarian alliances. The comfort of others wherein to exile The Other. Whether by the metrics of social media or the seats of power, we face an increasingly unreliable understanding of not only where we live but who we are.

There is, however, an ever-present and immediate recourse wherein all distortions and specious polarities necessarily fail. And none shall ever be denied its majesty.

I have spent over two decades learning how to write what unwrites itself in the reading. The point is not to cage the self in a lingual skein which, however pleasurable, still ties itself up in the index of its own feels. The point is to release the self through verbal instabilities which by rendering porous the categories we swear by and too often unnecessarily die for provide access to what no book let alone expression will ever duplicate let alone rival.

What preceded all of my books was first and foremost an impulse that was never a book. In the beginning was not the word. Even my most recent work, The Little Blue Kite, begins with an intense experience that while partly visual—I saw the blue kite rising higher and higher, getting smaller and smaller—was mostly embodied in a shift from the mud where I was buried into a blue sky where neither body nor word were allowed. The Little Blue Kite attempts to replicate that journey, leading the reader to the edge of where books may no longer pass, where readers are invited to jettison those dear distinctions that bind them, to rise above digital entrapments, and even transcend the self, paper-thin at best and personalized with the plainest strokes, especially in comparison to what endures us all.

Part of the strategy to destabilize the lexical hold on the reader is to invite alternate pathways. The Little Blue Kite offers at least three different ways to read it with colored and haloed words marking the various routes: the first is the shortest and focuses only on the little blue kite, the second is a little longer and focuses on Kai who must overcome his fear of flying the kite, while the third is the longest and introduces The Murk—or what divides our captive selves from the self that might still soar free.

Since The Little Blue Kite is a children’s book, designed for both children and parents—pre-verbal to verbally agile—the experience can be simply a rapid fluttering of pages, moving through darkness toward brighter and finally greener scapes; or it can be a race from one rainbow to the next. Even in its entirety, the text is but one small part of numerous dynamics at play, including narratives of color and shape, movement and place, seasonal shifts as well as time’s invariable price.

Thich Nhat Hanh wrote “Enlightenment for the wave is the moment the wave realizes that it is the water.” Alan Watts offers this simile before dissolving even that aqueous difference: “You didn’t come into this world. You came out of it, like a wave from the ocean. You are not a stranger here.” We may not be the oceans but those waters still possess us with the familiarity of our origins and our needs. Even the sky—which defies belonging, possessed of distances that will never quench our thirst—is still not so divided from us. Even before that vast opaque we are not strangers. Because we are born of stars, travelers of boundaries, wordless-made and wordfully shaped, who before a breeze stirred by space so old it defies the presence of time are given the chance to feel it upon our face and know it to be ____.

What purpose has a book if not to teach us how to do that? 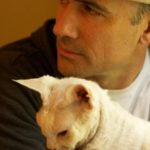 MARK Z. DANIELEWSKI was born in New York City and lives in Los Angeles. He is the author of House of Leaves, The Whalestoe Letters, Only Revolutions, The Fifty Year Sword, The Familiar, and The Little Blue Kite.