By RUTH GILLIGAN • 4 years ago 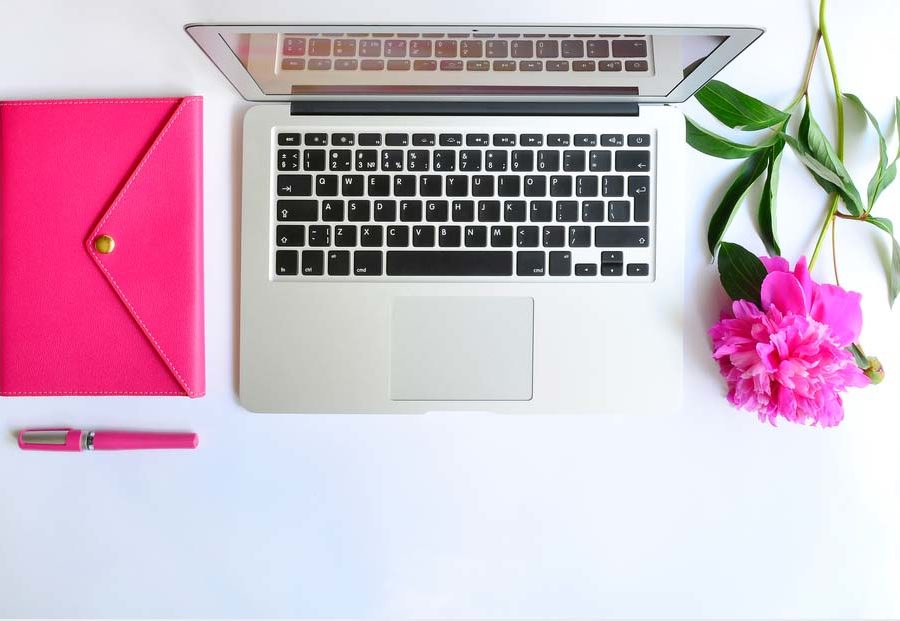 The cover, of course, was pink. Bright pink. With a little cartoon hand sending a little cartoon text message. I didn’t love it. But below this generic piece of clipart sat my name. On the cover of a book. And that, I did kind of love.

By my sixteenth birthday, because I was an annoyingly precocious teen, I had written my first novel. I say “annoyingly precocious” because that was the general sentiment when the book was eventually published (by that point I had reached the ripe old age of eighteen). The novel had started out as a high school project—I had never even considered it going further—but apparently in my bid to “write the kind of book I would like to read but couldn’t find in the bookshops” I hit on something of a niche.

As with most debuts, Forget—a coming-of-age story set in Dublin—drew heavily on personal experience. It was high school dramas and suburban politics and a plethora of little text messages. That said, my publishers could spot where my imagination had (tried to) kick in:

“Eh, the scene where the protagonists lose their virginities?”

“I’ll… interview a friend.” My face turned pinker than the book.

But with the coital moments fleshed out by my classmate’s first times (how they delight, now, that such moments have been immortalized in print), Forget was finally released into the world. Reviewers praised it as a perfect read for teenagers, “while the rest of us can enjoy its innocence.” I was declared “the love child between Cecelia Ahern and Ross O’Carroll Kelly” (not their publishing peer, only their child). Every review mentioned my age; included a snap of my baby face. If there was a latent patronization to all of this, I was indeed innocent to it at the time. Though the “young” angle certainly helped sales—the book soon topped the Irish bestsellers’ list.

“UR NUMBER 1!” A little text message I did not mind receiving in the slightest.

The negative aspects, though, were harder to take in. Discovering the dangerous novelty of Googling your own name, I found an entire blog devoted to how much of a c*nt I was. A few weeks later, I was in a nightclub with some friends, when a group of girls stumbled up: “Hey, aren’t you that bird who wrote the book?”

How I beamed with pride; how those blogger’s words fell away. “Yes!” I declared. “I am.”

Undeterred (just), I went on to publish my second novel, Somewhere in Between. Again, it was based almost entirely on personal experience. Again, reviewers praised its “honesty.” Again, the cover was a gaudy thing—this time a green background with a neon pink cocktail glass (even though, to my knowledge, not a single cocktail is consumed in the entire book). My third novel, Can You See Me?, likewise drew on my undergraduate years at Cambridge, though in focusing on University rape culture, it was a much darker offering than the previous two. Plus, given the issue was something that (fortunately) hadn’t affected me personally, the novel marked my first attempt to write beyond my own experience. I interviewed a number of survivors, did some work at the Dublin Rape Crisis Center. I tried for a more serious tone, affording the subject the respect it deserved. And then I balked when I received the proofs from my publisher wrapped in their bright, flowery covers.

“It just feels a bit… disrespectful,” I tried.

The phrase left me shtum. The cover, by and large, remained intact.

From that point onwards, the tension between the direction I was starting to go and the box in which my publishers wanted me to stay began to grow. At no point had I decided to become a so-called “chick-lit” author (whatever that was), and yet apparently, as a young woman who had started out by drawing on her familiar world, I had inadvertently done so. Never mind that Kevin Power’s novel about teenagers in the very same Dublin suburb was hailed a “powerful debut,” or that Paul Murray’s Skippy Dies was directly inspired by his South Dublin schooling. Murray’s book wasn’t pink—it was packaged like a trendy box set. It was long-listed for the Man Booker Prize.

So then what exactly was it that marked my work out as “chick-lit”? And what would happen if this chick decided to write about something else? Something unfamiliar? As I wrangled with these questions, I delivered my fourth manuscript—a sort of hybrid mess that tried, foolishly, to please everyone—to tick their boxes whilst also trying to figure my way out of them.

Needless to say the manuscript was rejected.

At this point, given my “annoyingly precocious” tendencies, I decided to enroll in a second master’s program, this time in Creative Writing. At first my classmates seemed confused (and in some cases, resentful) of the fact that I had already been published—what the hell was I doing in the course? But then word got around about the “kind” of books they had been, and they didn’t seem envious anymore. It was the first time I was made to feel not only shackled by, but somehow ashamed of my previous novels. So I spent the next year trying furiously to write as far away from them as I could. I showed up to workshops with impenetrably pretentious, wannabe-Beckettian nonsense. A girl in my class took me aside to tell me she was worried I had anger issues. But I didn’t—I just had an issue with the way I had been pigeon-holed; with the horrible feeling that at some point it had been decreed, without my knowledge, that if I wanted to be a writer, it had to be innocence and familiarity and nothing ever else.

By the time I started my PhD, though, I had discovered the something else. I was going to write a research-based novel about Irish Jews—a community entirely outside of my own experience. It took me five long years to research and craft Nine Folds Make a Paper Swan, and when the PDF of the cover finally arrived, I couldn’t look. I thought of that slender hand, that cocktail glass; of rose and fuchsia and magenta and blush…

But the cover was orange, adorned with a simple flock of origami birds. It was beautiful. 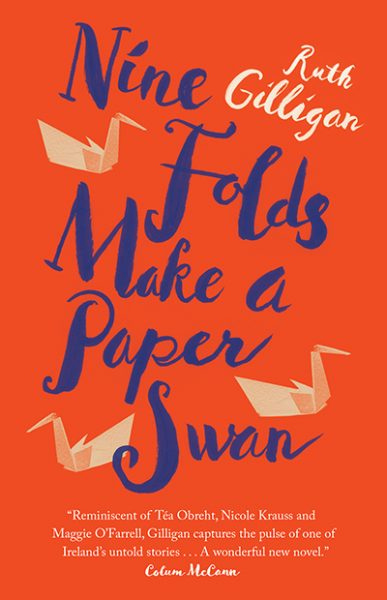 What’s more, beneath the swans sat my name—my full name—a fact that had been debated at length along the way. A couple of people in the industry had suggested I might consider adopting a pseudonym, moving forward. It would the perfect way to reinvent myself; to ensure no trace of my former identity came back to “haunt” me.

“Even better, you could just take your boyfriend’s surname. I know you’re not married yet, but…”

“And he has a good Irish surname, doesn’t he? So you’ll retain some of your marketing edge! ”

Thankfully, by the time I finished Nine Folds, I had found a new agent and publisher who rolled their eyes at such suggestions. Instead they were intrigued (and impressed) by my previous publishing achievements—they saw nothing to hide. Instead, they understood that my shift in direction was purely to do with a change in taste; an increased desire to write about worlds and cultures beyond my own. That said, throughout the press interviews that ensued, I remained careful to avoid getting lured into being derogatory about my former work—to feel anything other than pride for what I had achieved. Because this wasn’t about me finally becoming a “real” or “proper” author, this was simply about me writing the sort of book I wanted to write; about being free to produce—or at least, to attempt to produce—whatever genre of fiction I pleased, regardless of my gender or background or age.

One of the UK reviews of Nine Folds (every one of which was written by a female journalist) officially declared that I had “transcended literary genres.” I shouldn’t need to see it in print, but it helps. I don’t know if the blog about me being a c*nt still exists. I shouldn’t care, but it helps not to check. I intend to keep following my curiosity wherever it takes me; to keep pushing myself and pushing against whatever borders or boundaries or boxes they try to put around me. I am a twenty-eight-year-old creative female, and there is nothing generic about that. 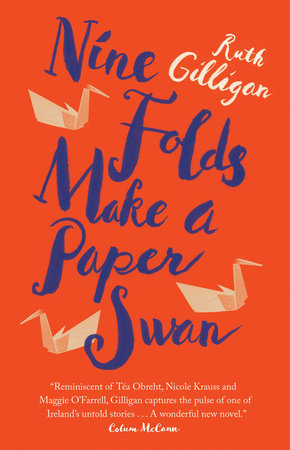 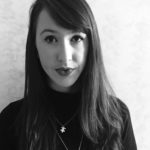 RUTH GILLIGAN is a novelist, journalist, and academic from Ireland, currently living in London. A graduate of Cambridge, Yale, East Anglia, and Exeter Universities, she contributes regular literary reviews to the Guardian, LA Review of Books, Irish Independent, and Times Literary Supplement. She is the youngest author to make the Irish bestseller list.

RUTH GILLIGAN is a novelist, journalist, and academic from Ireland, currently living in London. A graduate of Cambridge, Yale, East Anglia, and Exeter Universities, she contributes regular literary reviews to the Guardian, LA Review of Books, Irish Independent, and Times Literary Supplement. She is the youngest author to make the Irish bestseller list.