Why We Need More Historical Fiction with LGBTQ+ Characters

What cannot be remembered might still be imagined and loved, through the power of art.

By SHANNON PUFAHL • 1 year ago 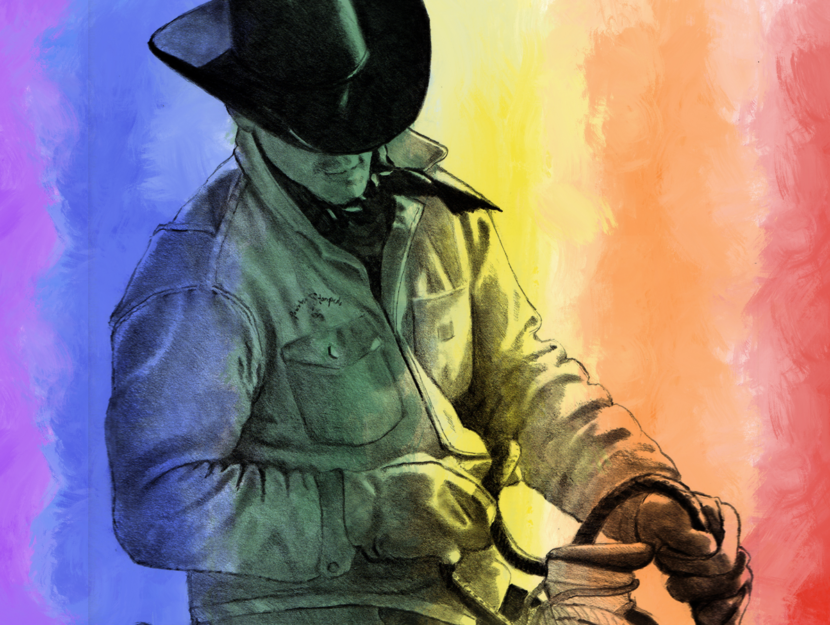 Why do we need historical fiction about LGBTQ+ characters? One answer to this question is simple: because we have very little of that fiction, and very few of those characters. Such dearth demands correction, because without knowledge of the past and the people who lived in it, we have no way to understand the present moment—people need ancestry to feel at home in the world.

But a second, longer answer troubles the first. We know that little of that fiction exists because little of that history exists. Literature has, for millennia, provided a repository for the ideas and events that humans hoped to remember. The great roles of the literary are preservation and remembrance, so that feelings like grief or passion, or places like ancient Greece or the hanging gardens of Babylon, might be transferred from one person, or one culture or era, to another. When such histories are lost, they are almost always lost because they were never recorded. Violence precluded their transcription, or repression, or the silence demanded by fear or threat.

When a history does not exist, or exists only partially, how does one write fiction about it?

The queer lives of the past were lived largely in silence and are, with few exceptions, unrecorded and unrecalled. In the past 50 years, politics have been the main corrective to this lack. And while there is great power and liberatory potential in the political, politics are, by essence and necessity, presentist. The adoption of a specific and more accurate pronoun, or the fight for equal standing before the law, might answer part of this historical absence and allow a person to be part of something protective or authentic. This is profoundly important for creating a livable life. But politics rarely address the past as it was lived, except to hold up a version of this or that era or event, in order to prove the value of something now. Historical fiction has the burden of this expectation, but where politics seek solution and reparation, fiction seeks propinquity and feeling.

What literature offers are ways of negotiating the problem of desire. A queer historical literature reconstructs the conditions of the past so that unheard people may live in it, and so readers might know things that politics cannot tell them. The Montagues and the Capulets might offer real insight into the experience of forbidden love and in that way seem useful to the closeted or otherwise star-crossed. But dear Juliet is not repressed, she is not cast out by shame or left without recourse to language. She has language to spare. Such comparisons imply a sameness of experience that is, put simply and topically, ahistorical. A queer Romeo and Juliet would produce new textures of feeling and new ways of knowing, and in this way be a benefit to all.

My own strategy as a writer has been to place characters in settings which accumulate a granulation of detail until they are inhabitable by both the character and the reader. The reader and the character must be brought into proximity with each other spatially and sensually, since failures of language may prohibit their proximity emotionally. Perhaps the character cannot explain their difference; perhaps the reader cannot intuit it. These are historical as well as fictional problems, redoubled when the reader encounters previously unrecorded things. So, the reader must be able to see, hear, and smell the places and the bodies that inhabit them. This makes possible the kind of knowledge required not just for understanding but for love, which is fiction’s true province.

Mountains rest, outgloried be the stars –
but even there, time’s transition glimmers.
Ah, nightly refuged in my wild heart,
roofless, the imperishable lingers.

Even something as huge, imposing, and solid as a mountain is slowly changed–even obliterated–by time. The mountains linger–are made “imperishable”–only by their containment inside the poet’s wild heart. Strange, perhaps, for something as grand as a mountain to take refuge in that which is so small and unstable, so fragile and mortal. Arendt tells us that Rilke’s mountains, along with every other perishable thing, have “fled the world to find an uncertain abode in the darkness of the human heart that still has the capacity to remember and to say: forever.” This is metaphoric, of course; or, if once real, only now a sense memory. In Rilke’s literal heart are not literal mountains. Yet the poet’s heart is “roofless,” it has no upper limit or constraining dimensions. Anything might reside there.

When we write about the past, we always recreate. What is spoken between human beings, what touch or emotion passes between them, would never leave any trace upon the earth without the power of the heart, which contains and remembers these small acts. “The task of the poet,” Arendt says, “consists in making something lasting out of remembrance.”

And what cannot be remembered might still be imagined and loved, through the power of art.

Writing about queer people in a time before their public visibility means reckoning with opacity, with absence, with illegibility. Such things can be rendered in fiction and hardly anywhere else, and certainly not in the necessarily reduced language of the political or the myopia of the present. Readers may not always or immediately understand something they have never seen, but the writer trusts that some, perhaps many, will fulfill their co-creative role if the writer has fulfilled theirs. Because it is not the poet’s heart in which history lives, imperishable and grand, but the reader’s. 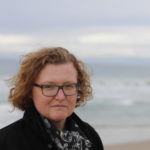 SHANNON PUFAHL grew up in rural Kansas. She teaches at Stanford University, where she was a Stegner Fellow in fiction. Her essays have appeared in The Threepenny Review and elsewhere, on topics ranging from John Brown and the antebellum Midwest, to personal memoir. She lives in the Bay Area with her wife and their dog.