Author Robin Kirman reveals the meaning of the title of her crime mystery novel.

By ROBIN KIRMAN • 6 years ago

A gate is a passage: it takes people from one place and lets them out, in an orderly fashion, in another; in some cases it also serves as a means of selection.

The gates of heaven only open for the virtuous, the saved, and permit them into eternal paradise; the gates of our elite universities – and we can think of the whole college admission process as a metaphorical gate — select our nation’s most talented and hardworking youth for positions at the highest levels of society. So we like to think, at least, and the frenzy that accompanies that admission process suggests this is an idea we Americans take very seriously. If our faith in heaven’s gates has wavered, our faith in Harvard’s remains strong — maybe because we need to believe in some sort of system in a time when the path to prosperity feels especially uncertain.

Bradstreet Gate, the title of my debut novel, is also the actual name for the newest gate on Harvard Yard. Commemorated in ‘97, it was named after America’s first published female poet in honor of twenty-five years of women living on the old yard.

Twenty-five years then; a little over forty years now — it really isn’t long at all. Meanwhile, allowing women into Harvard Yard is only one part of the transformation of the student body that’s taken place at America’s most prestigious universities.  Those of us who grew up with diversity firmly in place as a value may tend to take this change for granted, but I still recall one event I attended while I was a student at Yale, which brought home to me what a terrific and recent revolution had taken place on that campus.

To earn a little money, I volunteered to assist at the Yale college reunion. I remember that day vividly, because I was so struck by how different the older classes looked from the younger. The reunion was organized in five-year slots: class of 50, 55, 60 and so on; and there it was plainly: the undergraduate classes from the fifties and sixties all white, all male; get into the seventies and there were women, but still nearly exclusively white faces; come up to the most recent graduates, five or ten years out, and there were Indians, Chinese, Hispanics, African Americans — all the multifarious ethnicities that we’ve now come to expect.

A book like Bradstreet Gate could not have been written fifty years ago, because the Harvard it depicts didn’t exist then, and almost none of the characters that populate my fictional campus would have been admitted at that time. Charlie Flournoy is strictly working class, Georgia, Alice and Julie Patel are all women: which would be enough to disqualify them even if they weren’t respectively, half-Jewish, Serbian and Indian. Today these characters are fully recognizable as Harvard types, and the problems that they face, though of heightened intensity (this is fiction after all) are also the problems, new problems, that beset today’s would-be elite at a time when cultural hierarchy is more open and fluid, and also more chaotic.

The only figure in the novel who does resemble the traditional Harvard student is Rufus Storrow: the Harvard housemaster of reputedly high pedigree. All the other central characters have strong and often conflicting feelings about Storrow – admiration, desire, loathing and fear – and while these reactions are in part triggered by Storrow’s personal qualities, they have equally to do with what he stands for: the old American aristocracy that has been, it seems, only half displaced. Are we romantically attached to it still? Is this attachment merely nostalgic, and the authority wielded by men like Storrow largely illusory now, or does it remain a force of oppression and even unpredictable violence?  Not accidentally, Storrow is also the only figure in the book to come under suspicion of murdering a student, Julie Patel, who is later invoked by the university president as exemplary of Harvard’s future. That Julie never gets the chance to realize her potential raises questions that shake the lives of all the book’s characters. These are questions about the very meaning of promise, and about that secure and happy life said to lie on the other side of those Harvard gates, one of which, Bradstreet Gate, will hereafter, in the novel, bear the dead girl’s name. 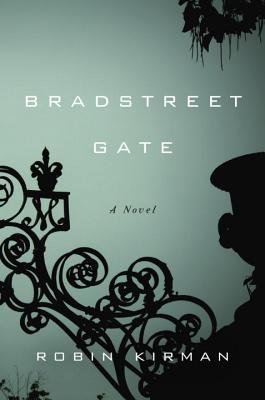 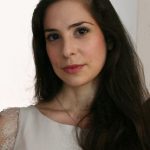 ROBIN KIRMAN earned a BA in philosophy from Yale College and an MFA in fiction from Columbia University, where she served as a writing instructor in the English department. Robin lives in New York City and Tel Aviv.

ROBIN KIRMAN earned a BA in philosophy from Yale College and an MFA in fiction from Columbia University, where she served as a writing instructor in the English department. Robin lives in New York City and Tel Aviv.