S is for Sue

What more than 36 years of friendship with Sue Grafton meant to YA author Carol Weston.

By CAROL WESTON • 2 years ago 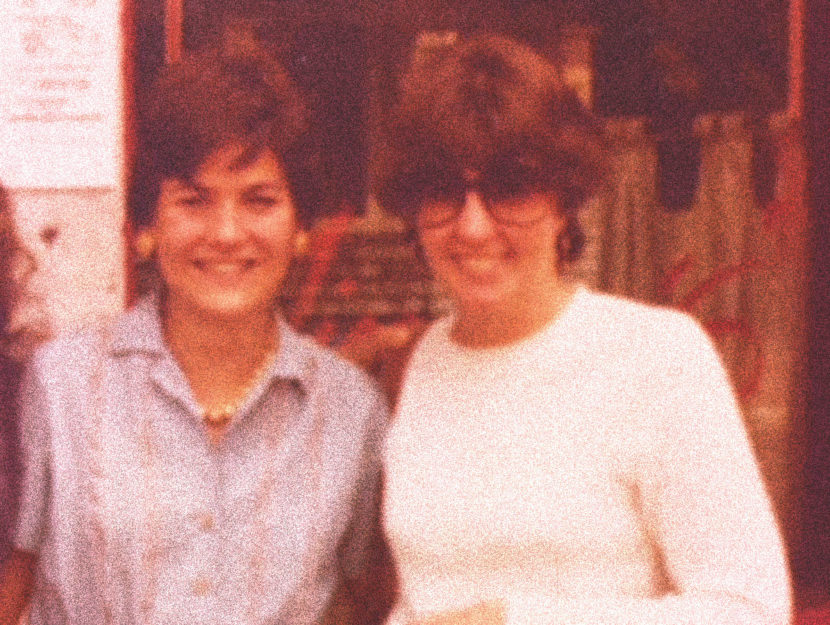 Sue and I met in Columbus, Ohio, when she was 40 and I was 24 and new in town. I’d read that she was going to give a talk about writing, so I got her number by dialing 411 and calling “Information.” Sue answered.

Sue told me to come and say hello afterward. I did, and she invited me to a backyard brunch. I ate her quiche and thanked her, and she asked if I wanted to go jogging the next morning.

We were off and running. Day after day, we’d do laps around Schiller Park and talk, talk, talk. I was a newlywed writing for Seventeen and Brides. She’d recently married her third husband, was writing for TV, and had just finished a novel.

“Can I read it?” She handed me a box of typewritten pages. At the top, I read the title: A is for Alibi. Like Kinsey Millhone, Sue was tough, funny, truthful, and hardworking. Sue used to joke that Kinsey got the better body, but Sue drank better wine.

When Sue’s husband Steve finished graduate school, and my husband Rob started graduate school, we moved apart. Long distance calls cost too much, so we became pen pals. Sue set the rules: it was okay to send a page of words with no margins (a “wall-to-wall”), but it was cheating to send a second page or to scribble a P.S. on the envelope. We both cheated all the time, and many letters ended with “Love Love Love Love Love.”

I own signed copies of Sue’s books, but I treasure my stack of letters. When I reread them, I hear Sue’s voice loud and clear. Regarding a cat: “Stella has been permanently grounded. She kept taking naps in the street without looking both ways. Now she sulks, but at least she’s alive.” Regarding an ex-friend: “I’m taking my oar out of the water.” But when my dad died and I was inconsolable, Sue wrote, “I always feel it is a compliment to grieve deeply.”

We wrote about work, too. “I am, in essence, Kinsey Millhone,” she wrote. “If I don’t get the information, she can’t know anything, so it becomes an odd responsibility. She’s sitting around twiddling her thumbs, waiting for me to take care of business.”

“I wish the film rights for ‘A’ would sell. That would give me a boost. So far, no action on paperbacks or book clubs.”

“I’ve reached Chapter 6 of B is for Burglar. What a triumph of the human will!”

Sue encouraged me as I struggled with a novel: “It took me five years to get the detective novel out, and a lot of that was doing just what you’re doing…fretting, wondering…leaving notes in a drawer, pulling them out again for a peek. You know the story, you know the characters, what you need is the missing element (approach), which will make it all fall into place.”

What strikes me now is that we were two friends talking shop. We had no idea she’d be rich and famous; we also didn’t know how much fun we’d have tooling around in California in her signature blue VW bug, and in Kentucky in her fancy red Chrysler with the KINSEY license plate.

But long before her publisher began putting her up at la-de-dah hotels, Sue stayed with us in Manhattan. She even cat-sat. Her thank you: “Hi guys, Kinsey-like, I slept on top of your bed with a blanket. Couldn’t bear to mess up your nice clean sheets. Chanda slept on my neck, my shoulder, in my armpit, on my face.”

For a short story, Sue used my husband’s name, Robert Ackerman. “Don’t know how Robert ended up in a piece of fiction, but there he is. Robert will be a famous murderer.” (That story is now in Kinsey and Me.)

I was beyond lucky that my friend became my mentor. But sometimes when we traded birthday calls, I’d feel awkward. Sue had become SUE, all caps, and though I was an author (Girltalk, among other titles), I hadn’t reached my goal, which was to Write a Novel. I sought therapy, enrolled in a fiction class, and tried not to bore Sue as I told her about the most recent rejections.

After one call, I hung up feeling keenly that she was successful, and I was pitiful. God bless Sue—she emailed: “Apologies for that conversation. I didn’t realize how distracted I was until I finished the potato salad and 48 deviled egg halves. It didn’t help that I had a cake in the oven and my timer was four feet away going ticky-ticky-ticky. Seemed like a good time to touch base with you, but in retrospect, I can see what a foolhardy endeavor it was. I feel caught up news-wise, but I don’t feel we connected, if you know what I mean. Ah well, just wanted you to know I was aware of it, but after the fact, which doesn’t do you much good.”

Of course it did me good. Sue had taken her oar out of the water with two husbands, one agent, and numerous friends, but she and I were in it for the long haul.

In 2000, Knopf bought my kids’ novel, The Diary of Melanie Martin, and I called Sue before I called my mom. A few years later, I hit another dry spell before Sourcebooks bought Ava and Pip and Speed of Life. I was so glad to be back in the ring, and Sue emailed, “Go get ’em, champ! I am sooo proud of you!!!”

She even posted on Facebook that her grandkids were fans of my Ava series. When I thanked her, she replied, “Think how far we’ve come since those days when we trotted around the park in German Village. Were we young or what? You more than me.”

Fifteen days before she died at age 77, I reached out because of the wildfires in Montecito. “Our house is still on mandatory evacuation,” she emailed back. “Wish us luck.” 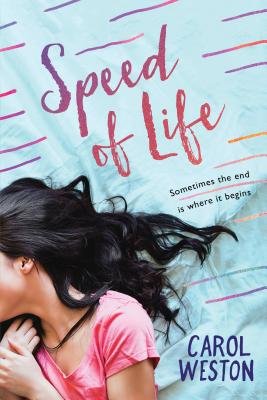 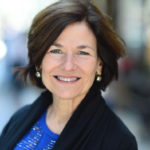 CAROL WESTON is the author of 16 books, including Speed of Life, Ava and Pip, and Girltalk: All the Stuff Your Sister Never Told You. She lives in Manhattan and has been the Dear Carol advice columnist at Girls’ Life since 1994. More at carolweston.com.

CAROL WESTON is the author of 16 books, including Speed of Life, Ava and Pip, and Girltalk: All the Stuff Your Sister Never Told You. She lives in Manhattan and has been the Dear Carol advice columnist at Girls’ Life since 1994. More at carolweston.com.