What Road Trips Add to a Story

The literary road and the real road are very different, but both are very important in character development and telling a story.

By VANESSA VESELKA • 8 months ago 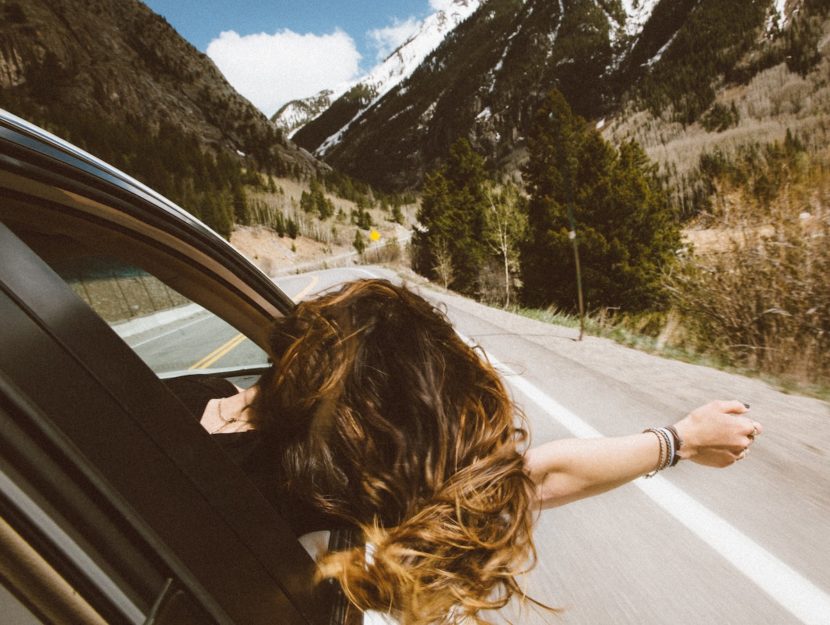 I hitchhiked over twenty thousand miles as a teenager, mostly in the United States, some in Yugoslavia before the war and in Turkey. Despite this, I have always struggled to write about “the road.”  I find that something in the process of writing about it, violates the experience itself. There is the metaphorical road, a place of becoming and reinvention, and there is the actual road, which is disorienting. On the literary road, our heroines meet distinct characters, and the plot quickens, but the real road is a territory of endless repetition and whirlpools in time.

Perhaps this is because my own experiences were solitary. I travelled without money or destination, often careening between terror and wonder in a single day. You can stand on the shoulder of a highway for a millennium and then live ten years in a night. This is hard to translate into anything a reader, much less an editor of a novel wants.

‘Simultaneously, a reader is encountering a constant array of new characters without stable characters to ground the narrative, which can make a reader wonder where it’s all going. The honest answer is probably, “I have no idea! Isn’t that great?” But then reader irritation becomes the project, and you end up trying to write whole novels without the letter “e” to prove a point (see below).

Another danger I’ve found in trying to write road trips accurately, is the pressure to turn those met along the way into either symbols, like the hag with the apple in the forest, or devices, sort of the way Dwayne in Breakfast of Champions comes to view all people as machines designed only to provoke emotions in him, which doesn’t turn out well.

Yet if you slow down and develop a passing, side-character, you have different problem. We don’t really want our transients to become too real. We get attached just as they’re replaced by another character and we emotionally withdraw. It’s a human trait.

Why should I bother getting to know you if you’re just going to leave? But the price of literary withholding is a flattening of such characters into ambiance, and there is something I find disrespectful in that. In distilling, we lose something precious. We say the species isn’t important, only the genus. By staying high up in the taxonomy, we are preserving our right to determine what level of diversity matters—and there’s something deeply colonial in that.

“Siddhartha wants liberation, Dante wants Beatrice, Frodo wants to get to Mount Doom—we all want something. All road narratives are to some extent built on quest.”
– Green Screen: The Lack of Female Road Narratives and Why it Matters (from The American Reader)

When I wrote the words above, I was trying to work out what people meant when they said, “character arc.” What is the arc of somebody who becomes even more of who they already are? Of someone who doubles-down? What if they don’t have something that they’re after as much as they like the feeling of being after something? This was something I really wrestled with in The Great Offshore Grounds.

At the outset, my plan was to write the novel in serial. I would print 20 copies on plain paper when I finished each section and pass them out. I never did this. The idea lived on a little in the structure of the novel, in that there are five books, but mostly it just got lost, like I did, like my characters did, adrift in half-baked intentions. This was a little closer to the road experience, but also not helpful.

It took me twenty-five years to be able to write about the road in a way that felt honest. I would have done better to have travelled less, or at least to have travelled with more cash and less vulnerability. Perhaps then, my need to get it right would not be so desperate; my frustration at having to reshape it wouldn’t make me feel like a liar. But then all artists are liars.  It’s the nature of our work, to appear to depict when we have fabricated.

Maybe oral traditions do road trips the best. They are already episodic, meant to carry the listener night after night. The Odyssey and the Iliad, sea stories and sagas, these forms strain memory. We forget that we have met some of these people before, maybe under different names. We forgive the teller because we, too, believe that the ways in which seemingly identical characters are different, matters. Just as an emerald-cut gemstone might have the same planes and facets, yet none are alike when held to the light.

I was fortunate enough to find an editor who let me have my disruptive, itinerant, side-characters, my sea stories and sagas, and too many road trips. I was fortunate enough, through years of traveling, to come to know this country, its failures and wonders, its bad behavior, its constant reinvention, and its terrible potential.

VANESSA VESELKA is the author of the novel Zazen, which won the PEN/Robert W. Bingham Prize. Her short stories have appeared in Tin House and ZYZZYVA, and her nonfiction in GQ, The Atlantic, Smithsonian, The Atavist, and was included in Best American Essays and the anthology Bitchfest: Ten Years of Cultural Criticism. She has been, at various times, a teenage runaway, a sex worker, a union organizer, an independent record label owner, a train hopper, a waitress, and a mother. She lives in Portland, OR.