What My Son is Reading

Following his transformative travels through a shared family Kindle.

By Jonathan Stone • 5 years ago 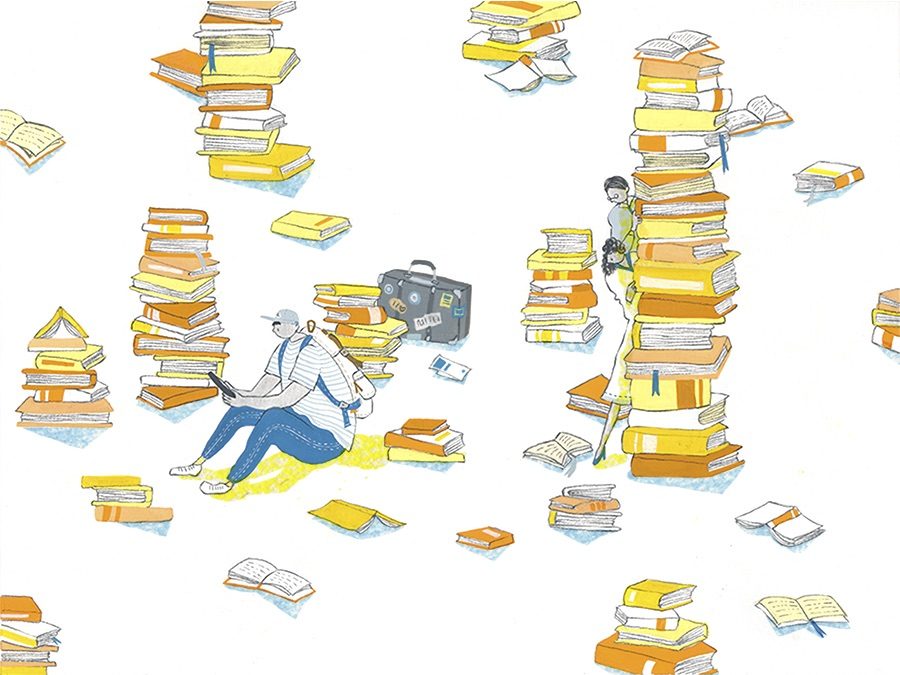 Sure, the Amazon Kindle is lightweight, holds hundreds of books, is transformative technology for readers, but here’s what I think is its best unsung feature: I know what my college-aged son is reading. Our family’s accounts are linked, so my wife and I see what he orders. (More than that, we gladly pay. He’s on his own for bass guitars, running shoes, and video games, but books beyond the classroom are our treat.) And sure, you can share your kids’ party photos and selfies on Facebook/Instagram (if they’ll let you, that is). But this is better: I know what my kid’s brain is up to.

Or at least, I thought it was better.

My son is taking a year off from college, traveling the world—in New Zealand this fall, working at a technology internship and then on organic farms, followed by biking through Southeast Asia, and finishing up the spring in South America. He’s a lightweight rower, in Columbia’s first varsity boat, and maintains a 3.2 average despite four hours of practice a day (it’s Division 1 athletics). How on earth does he manage that at a place like Columbia? By being such a strong reader. His formative reading probably tracks with his whole generation’s, and then heads out on its own: I read him the first four Harry Potter books aloud, he read the rest himself. Then onto Tolkien. R.L. Salvatore. Soon, most of Malcolm Gladwell. Laughing out loud at Bill Bryson. Reading we could share.

His highly focused Ivy League rowing pals are heading straight into investment banking and finance. He’s not so sure that’s for him. So when he told us he wanted time off to travel, (and read!), and recharge before finishing his senior year, we were supportive, and off he went.

Our first rising eyebrows came with the orders for Alan Watts. Alan Watts? I remembered vaguely, and confirmed my suspicions on Google and Wikipedia. Oh yes—the sixties icon, who introduced a generation of Americans to Buddhism and Eastern philosophy. First, one Alan Watts book. Introductory essays—OK. Then a second Alan Watts volume.  Then the collected teachings. Hmmm…

Soon our heretofore carefree Skyping with the other side of the planet was tinged with parental anxiety. “Hey Mom and Dad, is it ok if I extend my Thailand trip? I want to take a few weeks at this cool Buddhist retreat there. And get this Dad—it’s run by the grandson of Kahlil Gibran!”

Kahlil Gibran. Mystic poet of the The Prophet. A text tucked under darkly dressed brooding undergraduates’ arms forty years ago.

Alan Watts, Seneca, Kahlil Gibran. Is this kid coming back to finish college? Is he coming back at all?

I talked nervously to my friends. “Oh yeah, Alan Watts. I used to read him when I was tripping.” “Sure, Kahlil Gibran. Totally incomprehensible.” But my friends also suggested I lighten up—this is what a college kid traveling the world should be reading.

We were starting to dread each new Kindle order. What would the next title be? Das Kapital? Was it ok if it was Karl Marx? The memoirs of Trotsky? John Reed? Or some other intellectual expatriate who never came home?

“He just ordered another one,” my wife called downstairs to me with detectable anxiety a few days ago. News from the front in the battle for his soul. “Something called A Feast of Crows? You know it?”

I couldn’t help smiling. Sure I know it! George R.R. Martin! Book 4 of the Game of Thrones!

He’s back! My boy is back! Or at the very least, kicking back a little. Taking a nice long 800-page break from rethinking the boundaries of existence.

And we’re no longer checking our Kindle account. To track his travels, we’re sticking with his Facebook/Instagram photos. 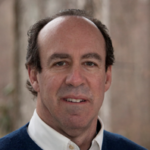 JONATHAN STONE writes his books on the commuter train between his home in Connecticut and his advertising job in midtown Manhattan, where he has honed his writing skills by creating smart and classic campaigns for high-level brands such as Mercedes-Benz, Microsoft, and Mitsubishi. Stone’s first mystery-thriller series, the Julian Palmer books, won critical acclaim and was hailed as “stunning” and “risk-taking” in starred reviews by Publishers Weekly. He earned glowing praise for his novel The Cold Truth (his first novel in the Julian Palmer series) from the New York Times, who called it “bone-chilling.” Additional books in the Julian Palmer series include The Heat of Lies and Breakthrough. He is also the recipient of a Claymore Award for best unpublished crime novel and a graduate of Yale University, where he was a Scholar of the House in fiction writing. He is also the author of the novels The Teller, Moving Day, and Parting Shot. A graduate of Yale, Jon is married, with a son and daughter.
[email_signup id="4"]
Great! You've signed up successfully!
We are experiencing an error, please try again.