Why I’m Addressing Toxic Masculinity in My Romance Novels

Rom-coms are funny, but they're no joke.

By LYSSA KAY ADAMS • 1 year ago 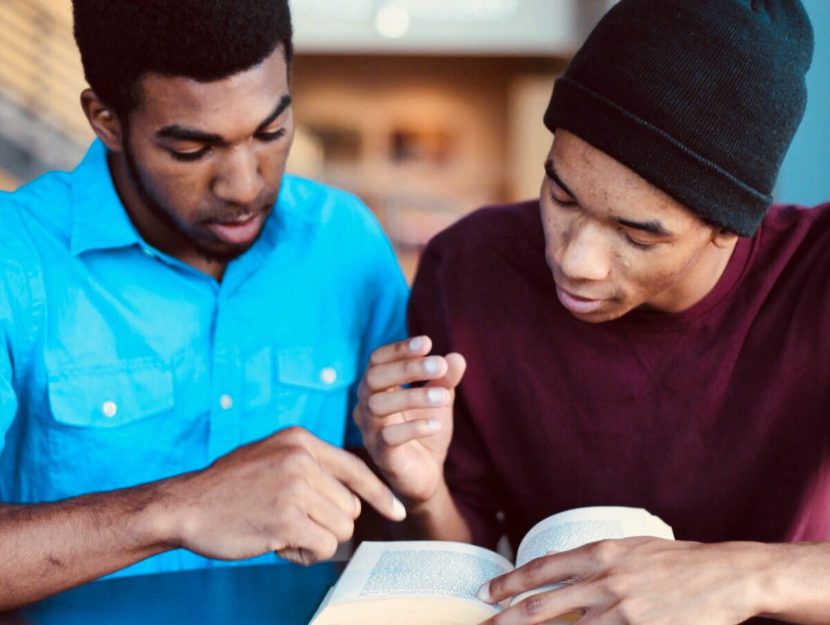 My upcoming novel, The Bromance Book Club, is funny. As a rom-com, it’s supposed to be. There are prat falls and fart jokes and men behaving stupidly.

However, its message is not a joke. I’m tackling toxic masculinity one laugh at a time because I learned at a young age the power of the wrong kind of laughter.

I was just twelve years old the first time I was threatened with rape as a punishment for not doing what a boy wanted.

He was a friend of a friend from a neighboring small town. We met innocently, accidentally. He decided he liked me and called me a few days later after tracking me down at my grandmother’s house. When he asked me to be his girlfriend, I said no.

He instantly became enraged. After calling me a string of names that came straight from the dark well of wounded male ego, he then threatened to drag me into his parents’ barn and vowed that I wouldn’t be able to walk when he was done with me.

I was so young and naïve that I wasn’t exactly sure why I wouldn’t be able to walk. I just knew it was a threat and it was sexual in nature.

That was bad enough. But then came the laughter.

My friend—the one through whom I’d been introduced to this rapist-in-making—was on the line the entire time, which I only discovered because he began to laugh. My friend laughed at me. The next day at school, he blamed me for the entire thing. Said I should have just given the other boy a chance because he was, after all, a good guy.

A good guy? In what universe?

And how the hell can we encourage a new standard of good guy?

That incident passed, others followed, I suppressed them and moved on because what else could I do. But by the end of 2017— a few months into the emotional avalanche that was the #MeToo movement and a year after a certain presidential candidate was caught on tape admitting he believes women’s genitals are literally up for grabs—I, along with a lot of American women, was simply fed up.

I knew I needed to do something when I confessed to my husband that I was having visions of pummeling random men on the street.

I’m not a violent person. (The only time I’ve ever struck someone was twenty years ago, and it was in self-defense. I was a reporter covering a student riot following a Michigan State University loss in the Final Four basketball tournament, and some drunken douchebag threw me against a wall.)

But now, I had quite literally reached a hard limit. There’s a line in my novel that says, “Nothing on Earth is as strong as a woman who is good and fed up.” And that’s what I was. I was good and fed up with a world that treated women’s bodies as a commodity and a reward for male success. Fed up with a model of male friendship that encouraged bonding through the sexual degradation of women. Fed up with the idea that there was nothing harmful about “locker room talk.” And fed up with the notion that we shouldn’t expect any better from men because boys will be boys.

I needed to channel my anger in a healthier way than fantasizing about dropkicking dudes until they begged for forgiveness on behalf of their entire gender.

Enter my Bros and their book club, a romantic comedy series about a group of guys who secretly read and discuss romance novels to learn how to be better men. Together, the friends actively help each other shed the toxic handcuffs of misogyny and machoism by reading a genre that celebrates equality, consent, open communication, and sex positivity for everyone.

Each book in the series features a different member of the club. In the first one, a Major League baseball player seeks help to repair his marriage after his wife asks for a divorce. His buddies give him a novel that helps him see the world—and his marriage—through a new and different lens, and it’s both eye-opening and cathartic for him.

The second book, Undercover Bromance (March 2020), takes the issue of sexual harassment head on when two characters from book one team up to bring down a celebrity chef with a long history of coercing female employees into sexual relationships. And the third book delves into the thorny issues of “the friend zone” in male-female relationships.

These are tough subjects, but I handle them through humor because it was important to me that my books be accessible and relatable. I wanted each one to tackle tough issues in a non-threatening way while offering a new model of male friendship which, above all else, isn’t built upon a foundation of the sexual conquest of women.

The bros get a lot wrong along the way. They say and do a lot of stupid things as they try to live the lessons in the books they read (which, by the way, they call the manuals, because they believe romance novels are basically instructional manuals for making their partners happy). But the one thing they get right is that they adopt a new code of manhood that rejects boys will be boys as a catch-all excuse for everything from emotional immaturity to sexual harassment.

Of course, I’m hardly the first or only romance author to take on toxic masculinity. The genre is full of trailblazing authors like Sarah MacLean, Rebekah Weatherspoon, Tessa Dare, Kwana Jackson, and Adriana Herrera—to name just a tiny few—who model an emotionally healthy maleness that is no less masculine, sexy, or swoony. The genre is built on the idea that respect and equality are genderless values.

Which is why I find it so telling when someone—often a man, but not always—accuses romance novels of giving women unrealistic expectations about relationships. It’s basically an admission that you think it’s unrealistic to expect respect, equality, and good sex.

And that’s exactly the point of my Bromance series. The world would be a better place if more people—not just men—read romance because romance authors have been out there fighting the good fight for a long time.

That conversation we’re having about enthusiastic consent? Thank a romance novelist for showing how it’s done. Want to know how to talk about your feelings? A romance novel can help. Struggling to understand your partner’s pain? There’s a romance novel for that.

Our books celebrate the full intimate experience for everyone. We give men permission to be vulnerable, to admit that they are nervous, insecure, and emotional. We give women permission to embrace their sexuality, to expect equal satisfaction, and to ask for what they want. And, finally, at long last, the genre is giving same-sex couples and non-binary people the happy ever afters they’ve always deserved (though the publishing industry still has a long, long way to go).

I think often about my old middle-school friend and the boy who threatened to rape me. I mourn their loss of innocence as much as mine, because just imagine the twisted lessons they must have learned at a young age. They’d already been taught that the greatest humiliation a man can endure is to be rejected by a woman. That the appropriate response to that humiliation was a threat of violence. They’d already begun to equate sex and power in an ugly way and to bond over that. And they’d learned that laughter—male laughter—can be a weapon.

I want to take laughter back. I want it to heal instead of harm. I want it to shed light on the positive aspects of masculinity and male friendship. And while we’re at it, let’s give manhood its vulnerability and humanity back. The world will be a better place for it.

After all, as one of the bros says, “Book club isn’t just about books.” 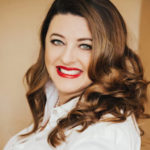 LYSSA KAY ADAMS read her first romance novel in eighth grade after swiping one from her grandmother’s book shelf and was hooked forever. After a nearly 20-year career as a journalist, her dreams of writing and publishing her own HEAs came true in 2015 with the release of her first novel, Seventh Inning Heat, followed by the RITA-nominated novella, Wild in Rio. Today, she writes full-time from her home in Michigan with a pesky, fluffy K9 assistant named Domino who spends most of his day snoring on her desk (that is, when he’s not burying things around the house).