The author of The Longest Night cooks recipes from her novel for her family.

By ANDRIA WILLIAMS • 4 years ago 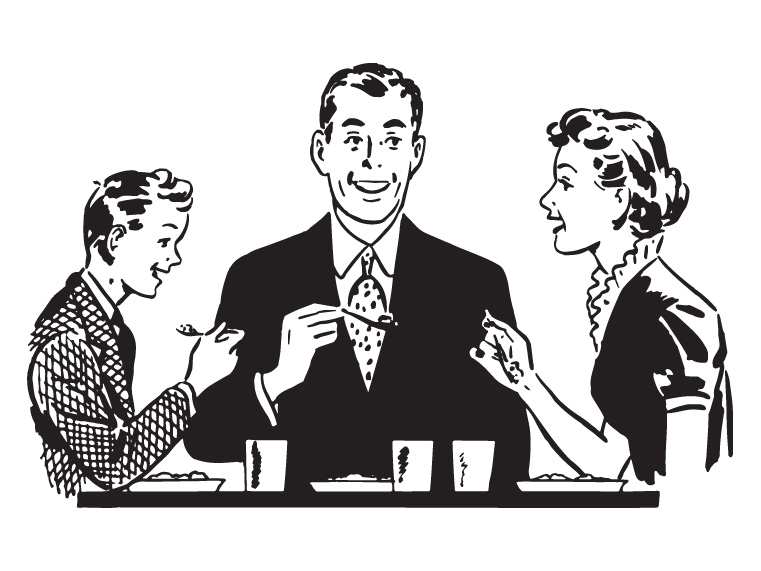 In literature, food can serve all kinds of purposes. It can show a relationship between characters, as when Mrs. Ramsay, in Virginia Woolf’s To the Lighthouse, chooses the best slice of boeuf en daube for Mr. William Banks. It can trigger a memory: Proust’s famous madeleines. It can transport the reader, serve as a sort of travel guide, like the clam chowder in Moby-Dick:

“Oh! sweet friends, hearken to me. It was made of small juicy clams, scarcely bigger than hazel nuts, mixed with pounded ship biscuits and salted pork cut up into little flakes! the whole enriched with butter…”

I’ve never wanted clam chowder on a frosty night so badly in my life.

My first novel, The Longest Night, is set in Idaho between 1959 and 1961: perhaps not a time or place particularly known for its gastronomic wonders, but one that opened up a surprising wealth of possibilities for me as a novelist when it came to the uses of cuisine. Food and drink could say something about the characters who favored or loathed them, and could serve as vehicles for showing attraction or anxiety. Who’s drinking what? Who is cooking for whom? 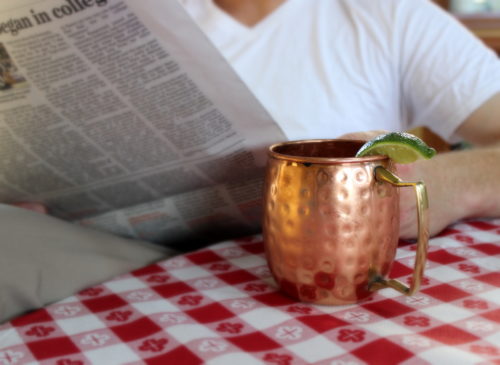 Most of us eat very differently today than folks did in the late fifties. Let’s think, for a moment, back to 1959: a time when there were only 100 McDonald’s restaurants in the world; when the Barbie doll debuted; when a song could be temporarily banned from the radio for mentioning “throwin’ spitballs” (“Charlie Brown” by The Coasters). 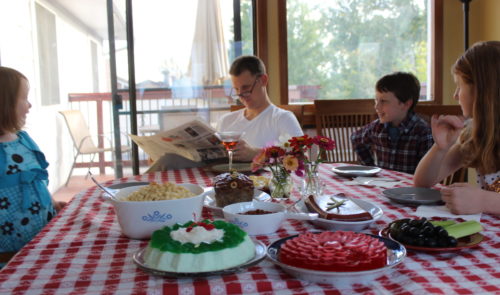 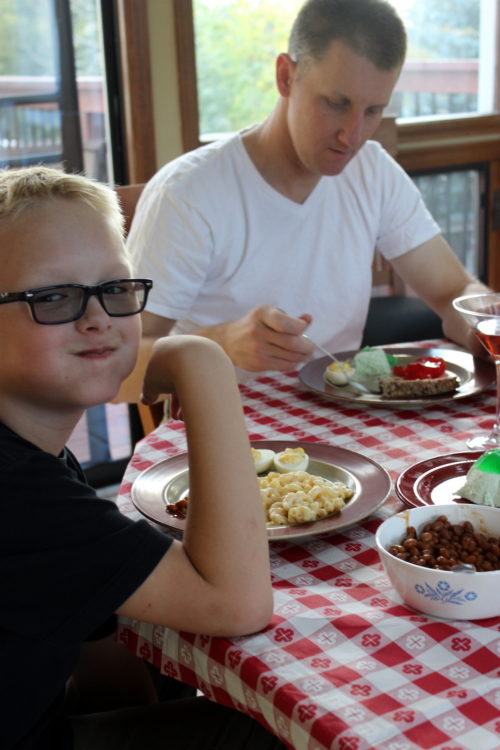 My husband, Dave, and a neighbor boy who dropped by, lured by deviled eggs

Modern margarine was relatively new, as was Cheez Whiz. Convenience foods with long shelf lives were all the rage – and no wonder, as humans had spent centuries fretting over the prevention of spoilage. (“These people were obsessed with condiments,” my husband observed as I practiced recipes from my book and served him deviled eggs, the filling of which contained mustard, mayonnaise, relish, and ketchup.) 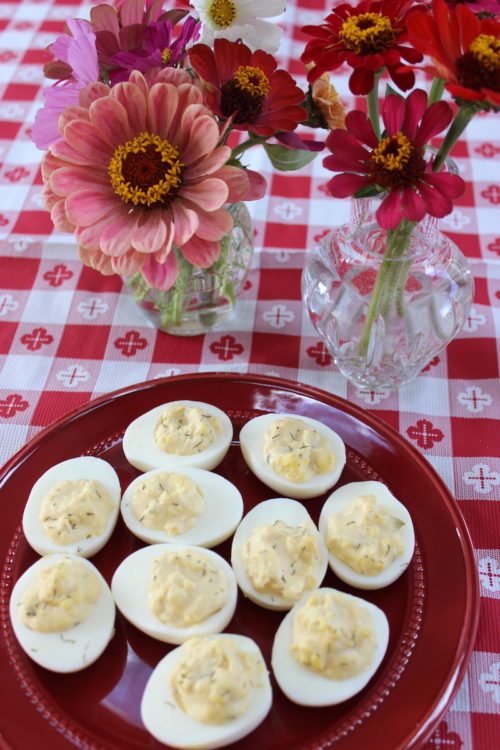 This past weekend, I looked back through The Longest Night and decided to cook some of the novel’s recipes for my family (my husband, Dave, and our three kids, ages 11, 8, and 4). What would they think of the meat loaf, gelatin salads, and tomato aspic my characters ate back in 1959? Would the food be too weird, too manufactured? Or could certain recipes–liberated from all they connote in my book, disappointment or anxiety or anticipation—be, on their own merits, appealing to the 2016 palate?

I imagine that most adults in the year 2016 have eaten meatloaf, but I realized that two of my three children had never tasted the stuff. I made a simple fifties recipe that combined ground beef, dry oatmeal, an egg, and some BBQ sauce, and baked it for an hour and twenty minutes. This recipe got the thumbs-up from all of my children, and from my husband as well – he had three helpings. The fact that the loaf was roughly the size and weight of a grown man’s shoe did not seem to deter anybody. 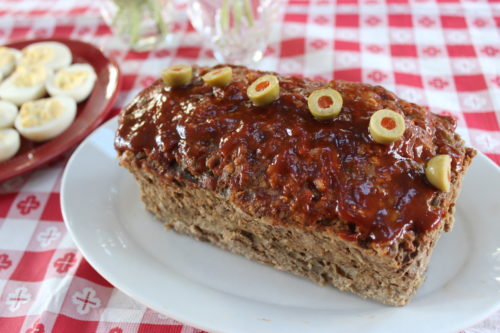 Early in my novel, my protagonist, Natalie Collier, arrives at a dinner party that she mistakenly assumes is a pot luck. She’s brought along a huge brick of meat loaf which she instantly realizes is not only unwanted, but sorely below par at the gala being thrown by her husband’s boss’s immaculate and exacting wife, Jeannie. As the dinner winds on and Nat finds herself feeling more and more out of place, the loaf starts to take on shades of her anxiety and embarrassment:

“…‘We have this meatloaf that Nat so kindly brought, but no one’s even taken a slice of it yet.’ [Jeannie] held it aloft; one whole olive had slid greasily to the side of the loaf, where it jutted like a wayward nipple.” 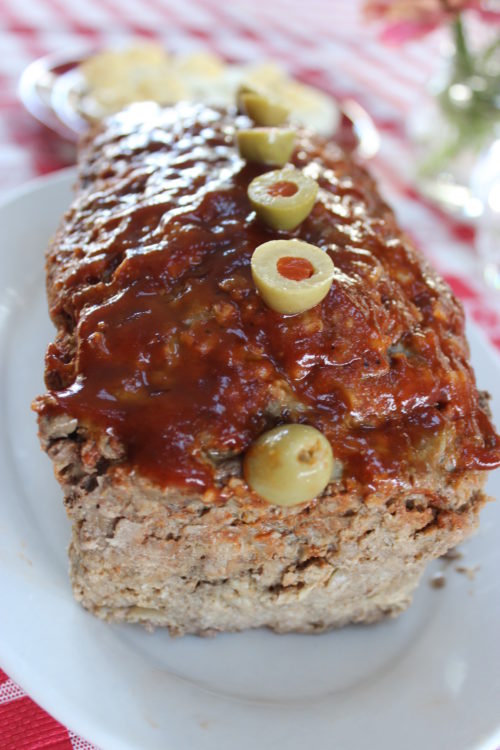 Wayward nipple or no, meatloaf still holds up in the year 2016.

This is a weird one. Popular in fifties cookbooks, aspic is a combination of tomato juice and gelatin, a dash of Worcestershire sauce, and little else. 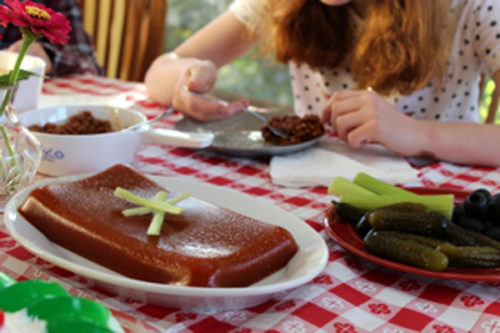 I’m sorry, but it’s horrid. It looks like a slab of liver just sitting there, daring everyone to eat it. Cooking it, your house begins to smell like a tomato processing plant. Eating it, you can’t help but freeze in place, shocked, as the alarmingly silky marrow rolls around on your tongue. Why is it so much like Jell-o, but wholly unsweet? Are you right in assuming that everyone else at the table is also, bravely, mouthing it in abject silence? Must you let it slide, in all its satiny horror, down your protesting throat?

No wonder my character Jeannie, realizing that her dinner party has gone south fast, sits at the table and finds herself staring bitterly at the aspic on her plate, wondering how things could have gotten so out of hand. The invention of aspic itself, if you ask me, is evidence of a world that’s just lost its sense of when things should freaking stop. 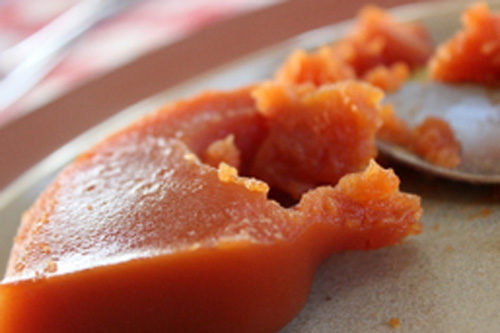 “[Jeannie] slid into her seat. Her appetite had left her entirely, and what remained on her plate looked awful. The pretzels in the Jell-o salad had swollen to twice their original size, and the tomato aspic looked like a botched medical procedure.”

3. Macaroni and Cheese: The Pasta of Innocence 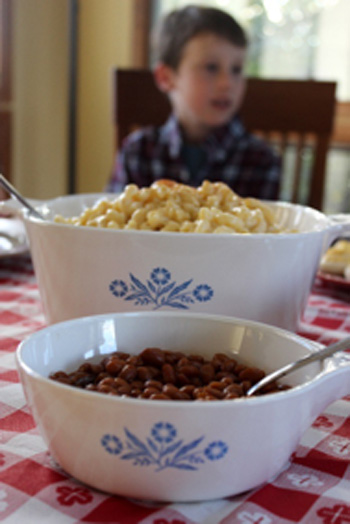 Now this, this we could do. Mac and cheese has not changed much, if at all, since 1959. Elbow macaroni, a bubbling cheese sauce of whole milk, butter, and shredded cheddar: this dish is still comfort food extraordinaire. In my novel, it serves to contrast the innocence of young housewife Nat, spending an evening at home, with the less-wholesome antics of her husband and his coworkers (see “Alcohol,” below).

“Just before turning out the lights [Nat] remembered she hadn’t made Paul’s lunch, so she set aside some Tupperware from dinner: meatloaf on Wonder bread, cold macaroni and cheese, mandarin oranges. It was oddly pleasurable to pack his lunch to think of him opening it at noon like a little hello from her.”

4. Gelatin Salads: The Jiggling Markers of an Era

Though it debuted in the late 1800s, surely Jell-o found its heyday in the 1950s. Culturally, this makes sense: gelatin is inexpensive (literally, a byproduct of animal processing: the ground hooves, hides, and bones of horses, pigs, and other animals already being used for meat, dog food, glue, and so on). (According to Snopes.com, “Because the collagen is processed extensively, the final product is not categorized as a meat or animal product by the federal government.”) 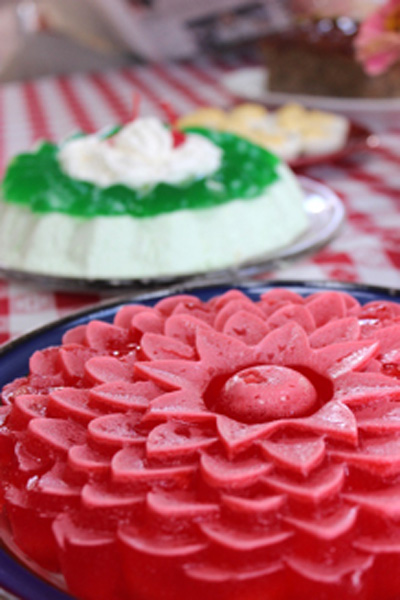 A wallet-conscious housewife could put leftover meat or fruit into a pretty, stylized tower of gelatin and reinvent an entire meal. And, for a people still culturally concerned with food preservation, gelatin insulated its cubed, suspended contents from air, helping them stay fresh longer. 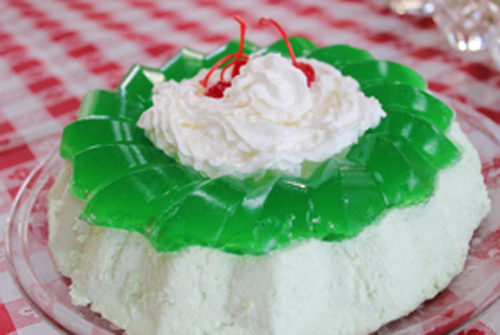 I didn’t know if these winning attributes would convince my kids, however. They are not concerned with food preservation or home economics. But whipped cream, bright colors, and shapes so fancy Lego couldn’t hold a candle to them?: This was vaguely exciting. The Jell-o salads went fastest of all. 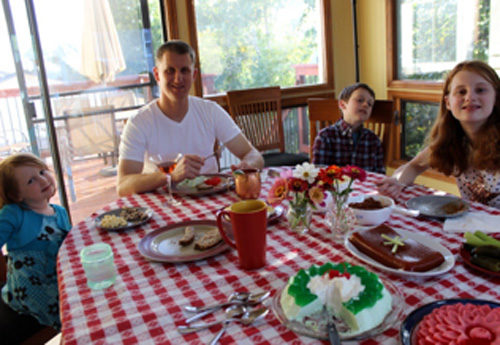 No fan of Mad Men can forget little Sally Draper making her parents gin and tonics while they drink away a Sunday and slow-dance in the living room. As much as I wanted to ask my four-year-old to whip her father up an old-fashioned, she’s just seriously lacking skills in the bartending department, and besides she couldn’t reach the bitters. 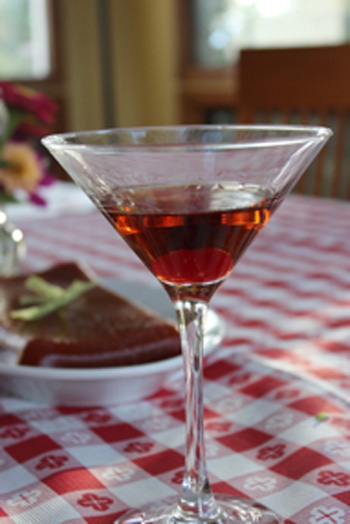 You need something to chase down that aspic. A manhattan will do nicely.

Just like the food in my novel, drink serves a purpose. It gets characters together, for one thing, so you can force them to interact (talk, fight, have sex, wherever your novelist’s whim may take you that day). “You’re right, it’s always five o’clock somewhere,” one character says as his mistress pours him a G&T at ten a.m. Meanwhile, out in Greenland, my Army characters are forced to drink Old Overholt (“Old Overcoat,” they called it) and party in a Quonset hut. When you write a novel set in the fifties, you need to know all your characters’ favorite drinks, and their brand of cigarettes, too. Mitch drinks Old Smuggler; Jeannie prefers a manhattan. Nat drinks wine and gin fizzes. Eddie will drink just about anything. And so on. 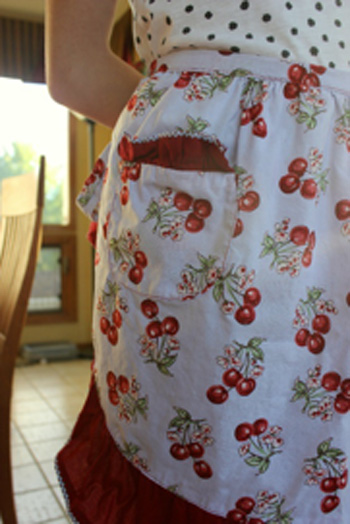 I enjoyed spending an evening with the recipes from my novel: it was nostalgic, for one thing, since I finished writing the book over two years ago, and I got to revisit scenes in a closer way than I had since that time.

It was campy fun, as cooking anything from the fifties is for us nowadays.

And it allowed me to enter my characters’ worlds in a rather intimate way: preparing the foods that Nat or Jeannie might have, and then serving them to people I care about, put me right inside those fictional womens’ homes, right at their kitchen tables. It made me lean forward a little in my seat as my kids scooped up the macaroni and admired the bright, hopeful jiggle of a just-unmolded Jell-o salad. Will they like it? Is everyone getting what they need?

As we ate, we chatted, just like families have throughout time. And of course, there’s always that great equalizer: cleanup.

Want to try your hand at some of the recipes and cocktails from the book? Find them here. 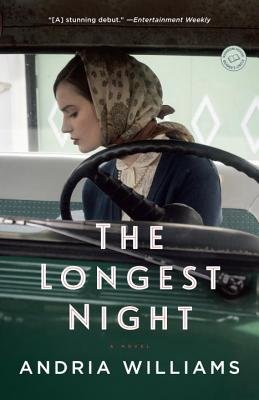 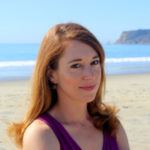 Andria Williams is the author of The Longest Night, out in paperback from Random House on October 4th. The Longest Night was a Barnes & Noble Discover pick and was Amazon’s Debut Novel of the Month for January 2016.

Andria Williams is the author of The Longest Night, out in paperback from Random House on October 4th. The Longest Night was a Barnes & Noble Discover pick and was Amazon’s Debut Novel of the Month for January 2016.