The Price of Inheritance

Susan Rieger, author of The Heirs, ponders the steep cost of the dangling inheritance.

By SUSAN RIEGER • 4 years ago 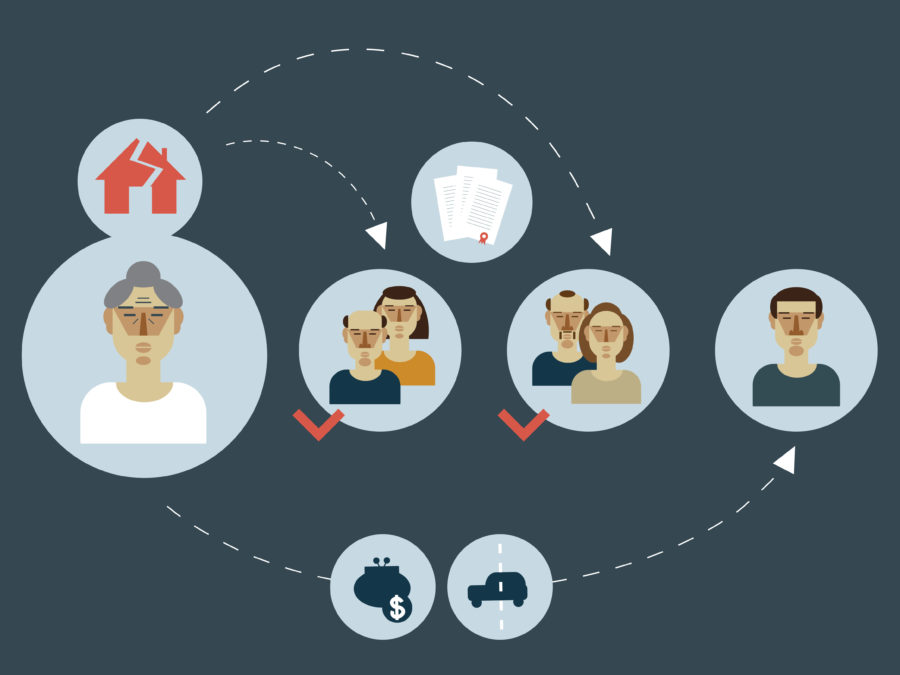 I am descended from anarchists and socialists, though my grandparents and parents had mellowed by the 1960’s, evolving to devout Democrats.  Devout liberal Democrats. When my sisters and I were growing up, my parents never allowed grapes or iceberg lettuce in the house. They supported the Farmworkers’ Union. They also supported the Civil Rights Movement, the Women’s Movement, and the Union Movement. They were against the Vietnam War and Richard Nixon. They signed petitions; they gave money to campaigns. Politics was the religion of the household and we children grew up in the family faith. We are all liberal Democrats. It’s our inheritance.

My parents left us no money. There was none to leave at the end. They both had dementia and their care took all the money they had, including the nest egg they had wanted to leave us. They had been middle-class, “comfortable” they would say, though my father changed jobs too often for us to feel really comfortable. They educated their three daughters, then sent us into the world. We were all self-supporting at 21. In their last decades, they had enough money put aside to live without worries outside of New York City. We inherited some personal property: paintings, furniture, flatware, jewelry. The two pieces of advice I remember getting from them had nothing to do with money. Freudians, they knew the two most important things in life were Love and Work. My mother’s advice addressed the Love coefficient: “Marry the man who makes you laugh, they all make you cry.” My father’s addressed Work: “Never be rude down, only up.” I feel lucky in my inheritance.

I’m hoping my husband and I will have some money at the end to leave our children but I come from very long-lived stock and I’ve warned them against unrealistic expectations.  Instead of making them hold out for a future that may never come, we give them money now, to help with travel, rent, tuition and the like.

I don’t travel in rich circles, except in the novels I write.* Our friends are academics, journalists, lawyers: people on salaries; free-thinking people, who believe in science, evidence, and facts; people saved from the curse of being rich. Money corrupts no less than power, no differently.

The promise of an inheritance is often used by parents and grandparents to control children’s choices: their Sunday dinner plans, their college majors and professional ambitions, their marital partners, their religious observances. Some even exact expressions of love and devotion, the power-love quid pro quo of Shakespeare’s Lear: “Tell me, my daughters/,” he says, “. . .  Which of you shall we say doth love us most?/That we our largest bounty may extend.” Lear is punished. What happens in real life?

The Trumps make a useful case study. Donald Trump is a man who inherited a lot of money from his controlling and ruthless father Fred Sr. and managed somehow, despite multiple bankruptcies, not to lose all of it. He was the devoted son, the one who adopted his father’s methods of doing business, especially his blustering, bragging, bullying, and showboating. Donald’s older brother Fred Jr. crumbled under his father’s domination. He left the family business in his early 20’s and went his own way as a pilot with TWA. Still, he couldn’t make it; he died at 43 of alcoholism. When Fred Sr. died, he left the bulk of his estate, at least $20 million, to his children and their descendants “other than my son Fred C. Trump Jr.” At Fred Sr.’s wake, Donald showed his devotion: “My father taught me everything I know. And he would understand what I’m about to say. I’m developing a great building on Riverside Boulevard called Trump Place. It’s a wonderful project.”

The lessons of Fred Sr.’s will and wake must be plain to Donald’s children. Sign on or face disinheritance. On the cover of the June 19th issue of US Weekly, Ivanka Trump, Daddy’s girl, is quoted as saying: “Why I Disagree With My Dad.” After weeks apparently of trying to persuade him to stick with the Paris climate agreement, she was “disappointed” by his decision to pull out. She showed her disappointment by staying away from the Rose Garden announcement but she took the defeat in her long leggy stride and moved on straightaway to her next project, a family paid leave policy, leaving the Arctic to melt.

Ivanka’s brothers, Donald Jr. and Eric, appear none too bright and their toadying imitation of their father makes perfect sense for men with otherwise limited opportunities. But Ivanka? I used to think that marrying Jared, a man with tons of money of his own, had freed her from her father’s grip. I see now I was naïve to think she might be Cordelia. The only explanation for her serenity in the face of her father’s reckless and irresponsible policies is the hard fact that in her own sly and slippery way, she is as grasping and self-centered as he is. She will stick with the old fraud, “disagreeing” agreeably. She’s playing the long game.  Donald once told a close friend: “I want five children, like in my own family, because with five, then I will know that one will be guaranteed to turn out like me.” I’m betting on Ivanka. So is she.

* The Heirs, just published, and The Divorce Papers, published in 2014. 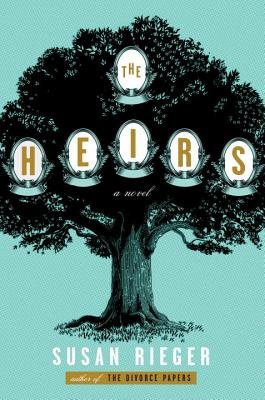 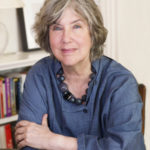 SUSAN RIEGER is the author of the 2014 novel The Divorce Papers.  She is a graduate of Columbia Law School and has worked as a residential College Dean at Yale and as associate provost at Columbia. She lives in New York City with her husband, the writer David Denby.

SUSAN RIEGER is the author of the 2014 novel The Divorce Papers.  She is a graduate of Columbia Law School and has worked as a residential College Dean at Yale and as associate provost at Columbia. She lives in New York City with her husband, the writer David Denby.