The Power of History

Alison Love, author of The Girl from the Paradise Ballroom, explains how her novel was shaped by uncovering the truth behind her characters’ lives.

By ALISON LOVE • 5 years ago

Like many novels, The Girl from the Paradise Ballroom began as a very different book. My first idea was to write a story about family secrets, framed by a present day narrator: a young British woman who discovers that her grandfather was an Italian immigrant, imprisoned as an enemy alien during War World II. I intended most of the novel to look at the long shadow cast by the forbidden affair between the dancer Olivia and her Italian lover Antonio, rather than the affair itself.

As soon as I began my research into Antonio’s background, though, I realized that I had stumbled upon a rich seam of social history. The story of Italians in Britain is a fascinating one. In fact, I had to stop myself from shoehorning endless irrelevant nuggets of research into the book. For example: in the 1880s many Italians came to Britain as carvers, gilders, mirror-makers and glass-blowers. They frequently worked as artists’ models, like Domenico Mancini who posed as Christ for the famous Pre-Raphaelite painting, The Light of the World. They were intensely suspicious of Italians from other regions, always wanting their children to marry someone from their village back home. And so on.

But the really compelling story for me was about the impact of fascism on the Italian community in Britain. One of the great conundrums of the 1930s is how so many ordinary people came to support a political ideology that we now regard as contemptible. The experience of the Italian community sheds some light on that puzzle. For decades, Italians working in Britain had felt like second-class citizens, despised in their adopted country, ignored by their homeland. Cleverly, the fascist dictator Mussolini set out to win the allegiance of this disillusioned group by restoring their sense of patriotism. Instead of ‘emigrant’, they were entitled to call themselves ‘Italian worker abroad’, encouraging pride in their nationality. The fascist party in Britain—the fascio—provided practical day-to-day support to Italian families: schools and summer camps for children, social and cultural activities, financial help. Many Italians joined the fascio not to make a political statement, but to feel a part of their own community. It wasn’t unknown for men to sign up simply to make it easier to pay the taxes they owed on property in Italy.

The tragedy for many Italians was that an allegiance that had seemed normal branded them as enemy aliens once war broke out. Beginning in the mid-1930s, there had been growing paranoia about foreigners in Britain, stirred up by the newspapers, and when Mussolini declared war on June 10th, 1940, the fuse was lit. Within hours, thousands of Italians had been rounded up by the police. In the chaos that followed it took the authorities weeks to recognize that the men they had arrested were harmless waiters and shopkeepers, not fascist agitators. By then it was too late for many, who had been shipped off to Canada or Australia; in some cases with heart-breaking consequences, as The Girl from the Paradise Ballroom shows.

It’s not hard to see parallels with the world today. Migrants may still have a conflict of loyalty between their native land and their new home. Established communities still often feel mistrust for outsiders, especially in difficult or dangerous times. Newspapers and politicians are still inclined to play on that mistrust—and to change tack just as quickly when the public mood shifts.

For the novelist, though, it’s not the politics but the people that count. While I was writing The Girl from the Paradise Ballroom I kept asking myself the same question: what was it really like? What price did men like Antonio pay for staying true to his roots while trying to fulfil his ambitions as a singer? What was it like for Italian women to live in a huge, vibrant city like London while being forced to obey the strict customs of a tiny village in rural Italy? How did it feel to realize that you had become the enemy in a country where you’d spent your whole life? As I wrote, I also became increasingly conscious of why Antonio would feel a deep bond with Olivia, with her impoverished childhood and her shady career as a dance hostess. In 1930s Britain you didn’t have to be foreign to be an outsider.

Of course there were times when, having changed my original plan, I struggled to reshape the novel in a satisfying form. In the end, though, I’m glad to have given Antonio and Olivia’s story the time and space it deserved. Do I regret the book I didn’t quite write? Well, I do sometimes glimpse the narrator I’d first imagined, as she frowns at old black and white photographs, thirsty to know the truth. But maybe I’ll catch up with her another day, in another story. 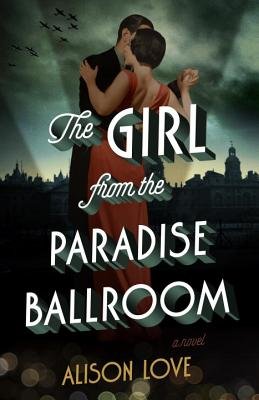 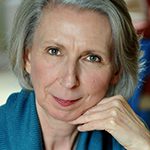 ALISON LOVE’s short stories have appeared in numerous magazines and anthologies, and in 2013 her story Sophie Stops the Clock was shortlisted for the Bristol Short Story Prize. Alison has worked in the theater, television, and public relations. The Girl from the Paradise Ballroom is her American fiction debut.

ALISON LOVE’s short stories have appeared in numerous magazines and anthologies, and in 2013 her story Sophie Stops the Clock was shortlisted for the Bristol Short Story Prize. Alison has worked in the theater, television, and public relations. The Girl from the Paradise Ballroom is her American fiction debut.