The Playlist Behind The Music Shop

Why write in silence when you can write to Joni Mitchell? The author of The Unlikely Pilgrimage of Harold Fry reveals.

By RACHEL JOYCE • 3 years ago 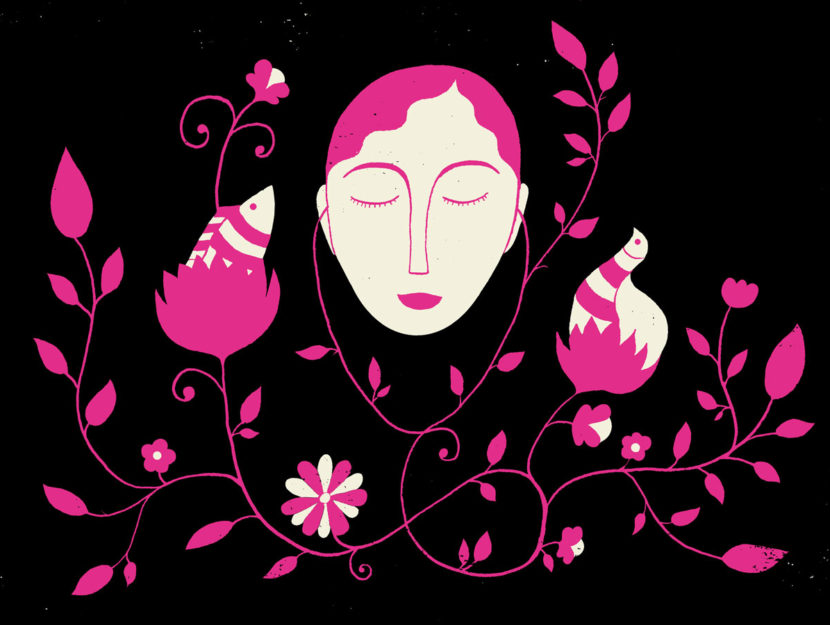 Recently, I attended a talk by a writer I very much admired, who told the packed audience that not only did he sit facing a blank wall in order to work, but that he also couldn’t bear to hear anything other than silence.

I’m going to come clean. I do look out of the window as I write, and I do listen to music. I don’t listen on headphones; that might bring it too close to my thoughts. But writing can be profoundly lonely—devastatingly so—and I like the company of music. I like the associations it brings, the memories, the calm, and even the lessons it offers. I listen to music because I believe it makes me a better writer.

Of course, if you are writing an entire novel about music, as I did in The Music Shop, it stands to reason that you need to be familiar with it. Not being a musician myself, I thought at first that I would need to read everything I could lay my hands on. This was a mistake—because what I ended up with was a pile of notes that didn’t have much to do with me, and very little of a novel. The only way I was going to find my book about music was to lie on the floor with my headphones on—just as my character, Frank, tells all his customers to do—and really listen. So I did. I listened to Miles Davis and saw fish that turned into feet. I listened to Bach and saw the most intricate set of mechanisms and wheels. I listened to Brian Wilson singing “Caroline, No” and saw a heart break. (I also saw a terrible haircut.) I’m not sure anyone else would see those things as they listened, but that doesn’t matter. What mattered was breaking down the boundaries.

Because that’s how music works. It’s not like literature; musical notes don’t mean something concrete, the way a word like “dog” or “house” does. Music goes beyond time and consciousness, just as it moves beyond the limitations of nationality. It speaks somewhere beneath the skin, and it acts upon us in the same way a dream might: sending messages up from the deep. If we listen, it has things to tell us.

So what do I listen to as I write? Well, it varies. There are pieces of music I listen to so much, I practically wear them out. I know them like a set of old clothes. When I was writing my second novel, Perfect, I used to put on Joni Mitchell’s Hejira the moment I sat at my desk. It had very little to do with the novel—apart from that early line, “You’re not a hit and run driver, no, no,” which sent a shiver down my spine every time I heard it—but it became my key into the book. I put on the record and zam. I was back in that world of England in the seventies, with the heat and a boy desperate to protect his fragile mother.

There are other albums I listen to either because I feel lonely or because I need to access that feeling. When I was working on the final sections of The Unlikely Pilgrimage of Harold Fry, I listened over and over to a very short piece of music by Elgar called “Sospiri.” It was composed just before the outbreak of the First World War, and you can hear in it the searing loss and sadness that was to follow. I listened, and I saw Harold. Like a bird might, I followed this tiny speck of a man traveling road after road, and I felt the loneliness of it, and also the courage.

Sometimes I listen in order to be challenged—to think or imagine in a way that’s new to me. Sometimes I use music for fun, making up playlists for my characters. And there are times too—no less important—when the music is my own kind of therapy. If you’re sitting in your head all day long, you can become very stuck in one rhythm. And so, for this reason, my final inspiring music includes M83, Thundercat, and Earth, Wind & Fire.

Because sometimes you just need to jump about. Even when you’re a writer. 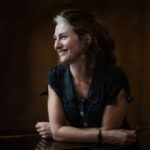 RACHEL JOYCE is the author of the Sunday Times and international bestsellers The Unlikely Pilgrimage of Harold Fry, The Love Song of Miss Queenie Hennessy, and Perfect.
The Unlikely Pilgrimage of Harold Fry was short-listed for the Commonwealth Book Prize and long-listed for the Man Booker Prize and has been translated into thirty-six languages. She lives with her family in Gloucestershire.