How my mother adorned me in books and in clothes—all with impeccable taste.

By Margot Singer • 3 years ago 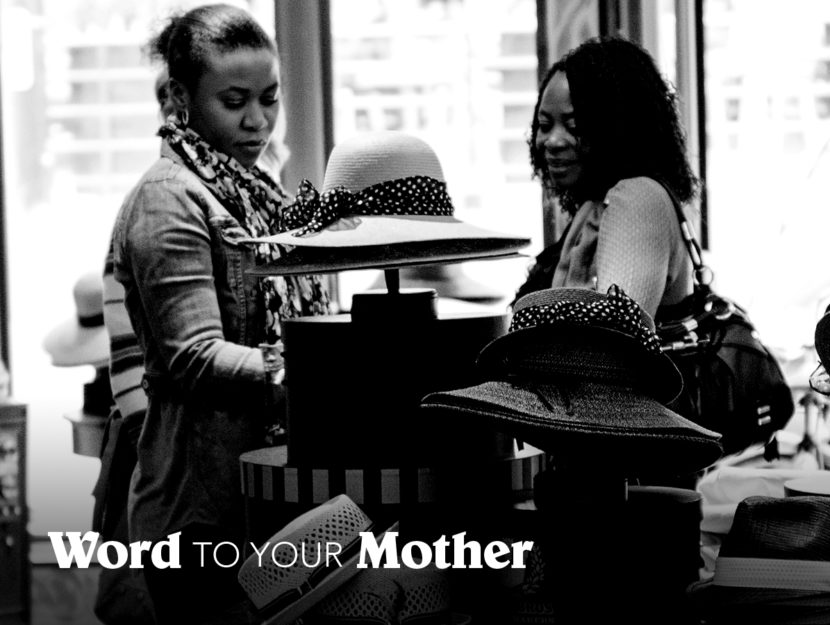 My mother is a reader, a teacher, a bargain-hunter, an aesthete, the arbiter of family taste. She has a sharp eye. She is my inner critic, my personal shopper. She gives me novels and dresses, poetry and shoes. She recommends films, articles, documentaries, concerts, museum exhibitions. Ever since I was a little girl, I’ve worn the clothes she has bought for me. I’ve read the books she reads.

Even though I’m in my fifties now, it’s a rare day when I’m not wearing items that she has chosen for me. (Today, it’s my riding boots, my paisley blouse, my cashmere cardigan, my socks, my watch, my purse. I can take credit only for the underwear and jeans.) Her greatest delight is to find high-quality treasures on the markdown rack for a fraction of their original price. When I was younger, I used to worry that my development as an adult was being stunted, that my ability to make selections for myself might atrophy. Was she too controlling?

“Just let her do it,” my father would say. “It gives her pleasure!”

Happily, I like pretty much everything she chooses for me. My women friends can’t believe my luck.

With books, as with fashion, I clothe myself in my mother’s tastes. There has never been a time when my bedside table hasn’t been stacked with books that she has sent. We share a literary sensibility, which is to say: she chooses and I follow suit. She is my teacher. I like what she likes: intelligent writers, lucid writers, British writers, Jewish writers, Central European writers, historical fiction, modernism, lyric poetry. We lean highbrow, though we won’t turn up our noses at a good mystery. We don’t play favorites. We are wide-ranging—a little quirky, maybe—in our tastes. We love Penelope Lively, Colum McCann, Michael Ondaatje, Penelope Fitzgerald, Primo Levi and Italo Calvino, Bohumil Hrabal and Bruno Schultz. Also: Edith Pearlman, Charles Dickens, Pat Barker, A.B. Yehoshua, Gish Jen, Willa Cather, Lilly Tuck. In the last few months, she has sent me fiction and nonfiction by Daniel Mendelsohn, Sherry Turkle, David Mitchell, Rebecca Goldman, Ruth Ozeki, Oliver Sacks.

My mother trolls the library sale racks and used bookstores, rescues remaindered paperbacks and uncorrected ARCs, but if she loves a book she’ll order it in hardback and have it shipped to me. I find her bookmarks tucked inside the books she’s sent, cryptic notes in her perfect penmanship penciled on a slip of paper tucked inside the flap.

When I was little, she read to me at bedtime. She’d lie on her side beside me on my single bed, propped up on an elbow, as I nestled against her hips. She read the All-of-a-Kind Family series; The Lion, the Witch and the Wardrobe; Little House in the Big Woods. I read along until she got annoyed with me prompting her to turn the page before she’d reached the end, and after that, I read on my own.

“Put that book away and turn off the light!” became our nightly argument then.

Still, she bought me books that soon filled the shelves that ran the length of my bedroom wall. In the summers, she took me with her to the library, where I picked out the seven books that I was allowed to borrow on my children’s card. I read Noel Streatfeild and E.B. White and Esther Forbes and Holling Clancy Holling, Half Magic and The Borrowers and All Creatures Great and Small. I liked Watership Down but not The Hobbit. I slogged through Uris and Michener, raced through the Famous Five series, the Hardy Boys and Nancy Drew. (Odd phrases come back to me even now, like “Fire up that old jalopy,” and “Don’t let’s quarrel.”)

She gave me books about Juan de Pareja and Anton Van Leeuwenhoek, Heinrich Schliemann and Hannah Senesh. She pressed slim volumes into my hands: Carl Sandburg, Dylan Thomas, Walter de la Mare, Emily Dickinson. Each book was a bright promise, a world into which my mother would step and I could follow. It seems cliché to put it this way, but it’s true. I read to speak my mother’s language, to see the places she had been, to meet the people she had met, to know the words and worlds she knew.

I read to my own children when they were small, of course, as well. I used to pull up a stool and sit on the threshold between their adjoining rooms so they could each listen from their beds. I read the books that I’d once loved (Half Magic, The Borrowers) and newer series, too (Harry Potter, The Mysterious Benedict Society), until they too tired of listening and started reading faster on their own. Over the years, they have slowly grown into their own preferences and tastes. This seems as it should be. But somehow it’s still not true for me.

My mother is in her eighties now, and I know that inevitably the day will come when she will no longer be able to send me clothes or books. But I also know that I will never try on a new dress or pick up a new novel without wondering whether she would like it, too. I know that I’ll always feel beautiful in the clothes she’s bought me, and that our hearts will forever be connected through our books. 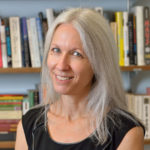 MARGOT SINGER won the Flannery O’Connor Award for Short Fiction, the Reform Judaism Prize for Jewish Fiction, the Glasgow Prize for Emerging Writers, and an Honorable Mention for the PEN/Hemingway Award for her story collection, The Pale of Settlement. Her work has been featured on NPR and in the Kenyon Review, the Gettysburg Review, Agni, and Conjunctions, among other publications. She is a professor of English at Denison University in Granville, Ohio.